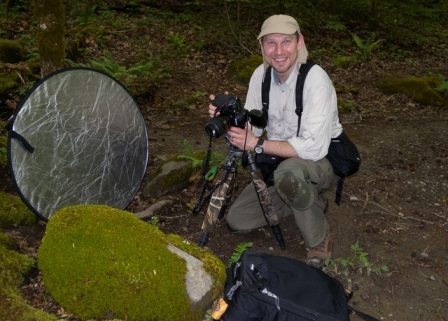 Jason P. Odell began photography as a childhood hobby. He grew up in Florida, where there were always interesting creatures to photograph. His interest in nature drove him to pursue a degree in biology from UCLA. Continuing his education as a graduate student at UC Riverside, he traveled to California’s Sierra Mountains and Trinidad in the West Indies to work on his doctoral dissertation. Jason’s faculty adviser was also an avid nature photographer; and they often went on photo shoots during their time off, looking for shorebirds. Jason received his Ph.D. in biology in 2002 and subsequently moved to Colorado Springs. Since then, he has been expanding his photo collection photographing the landscapes and fauna of Colorado’s Front Range. 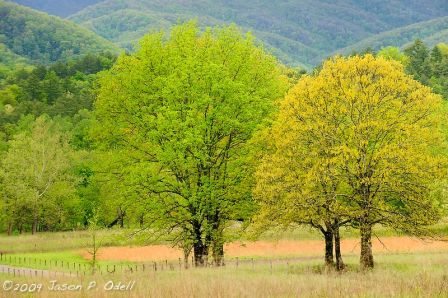 I traveled to Knoxville, Tennessee and spent four days dodging the rain in the small town of Townsend. Townsend is a 25- minute drive from one of the most interesting areas in Great Smoky Mountains National Park, Cades Cove. In Cades Cove, you will not only find lots of wildlife (we saw deer, turkey, and black bears), but also several old cabins and single-room churches from the 1800’s. 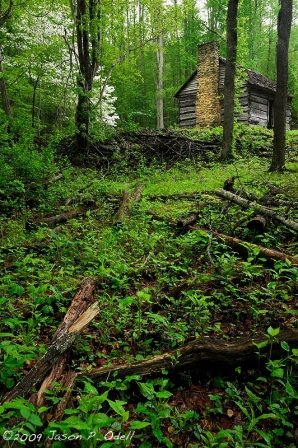 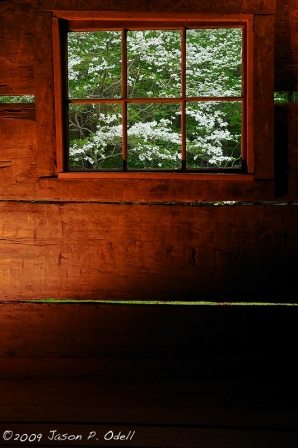 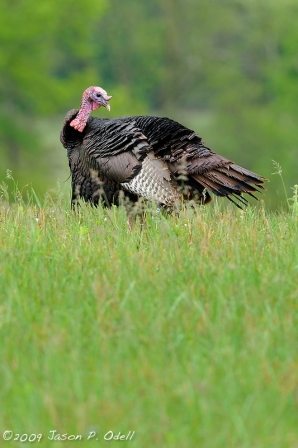 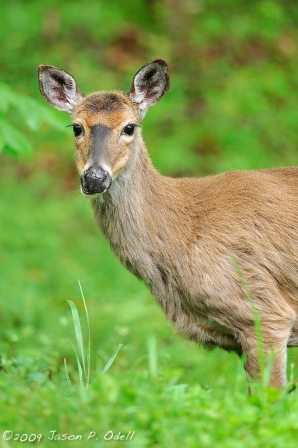 My goal at Cades Cove was shooting the trees and landscapes with mountains and fog as the backdrop. Unfortunately, the weather did not yield any spectacular sunrises or sunsets. 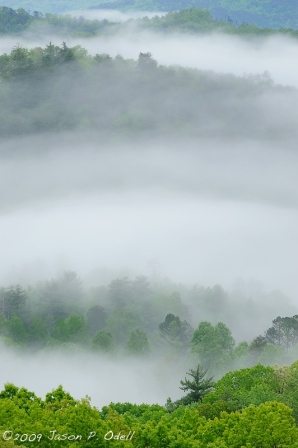 Fortunately, I also brought my macro lens. Along the streams were gobs of mushrooms, mosses, and wildflowers. 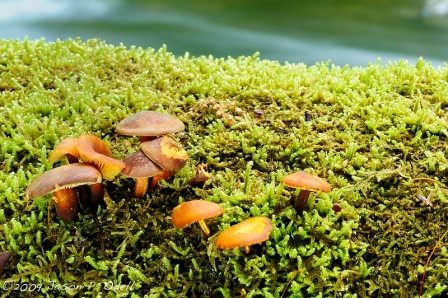 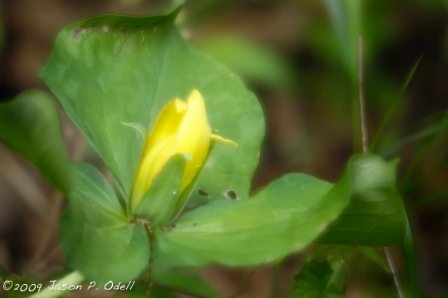 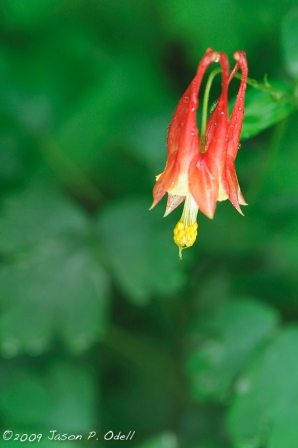 We drove to Gatlinburg, the “big city” compared to Townsend, and from there we headed up to the Roaring Fork Motor Nature Trail. The overcast light was perfect for macro photography and also for some absolutely dreamy shots of the streams themselves. 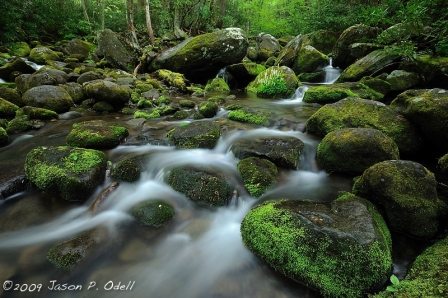 I spent nearly three hours along a stream in a small area no bigger than 50×50 feet just taking detailed shots of moving water, leaves, and mossy rocks. 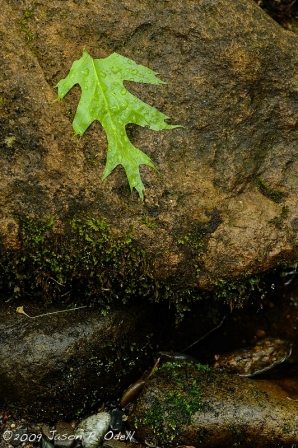 The entire scene was quite serene– just me, a friend, and our tripods, quietly working on ways to express our creative visions through photography and hoping it didn’t start to pour! The real trick to these dreamy scenes is using a tripod and taking long exposures. 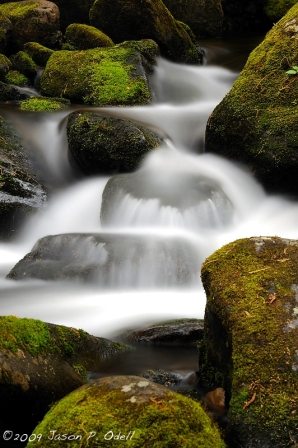 Some of my exposures were nearly thirty seconds long, which gives the water an ethereal quality not possible in shorter exposures.

More photos of my trip to the Great Smoky Mountain National Park can be found here.