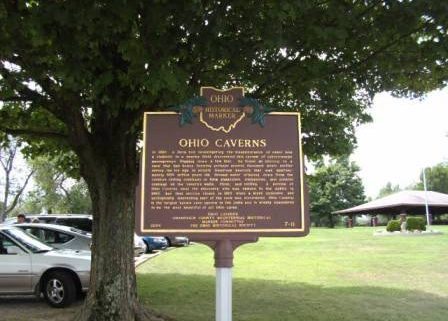 Heavy rains opened a large sinkhole in the woods on a farm near Dayton, Ohio. A curious farmhand, Robert Noffsinger, peered into the dark hole and immediately felt unusually cool air brushing against his face. He had to know what was inside. So, armed with an oil lantern, an old rope, and the imagination of a seventeen-year-old, Noffsinger lowered himself into the earth. The year was 1897. 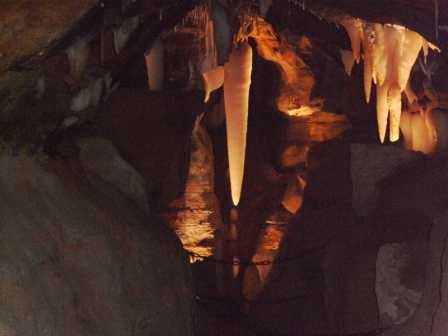 Noffsinger’s find, now called Ohio Caverns, was an amazing cave which is actually an aquifer where melting glacier water flowed freely beneath the Ohio soil. The photo above is of The Crystal King, the largest free-hanging crystal in the cavern. At 400 lbs. and nearly 5 feet long, the stalactite is at the deepest point of the cave – 103 feet. (Stalactites hang from the ceiling. Stalagmites build from the floor up). 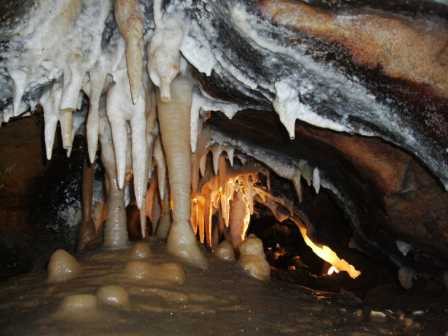 The guided tour through the caverns reveals many breathtaking sights. 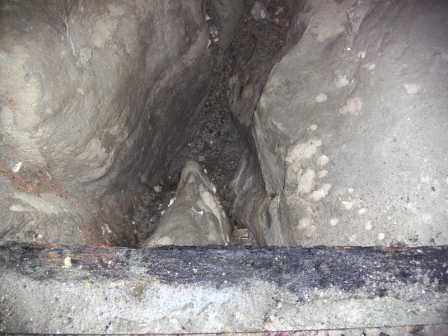 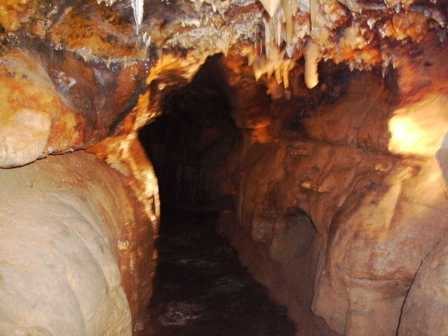 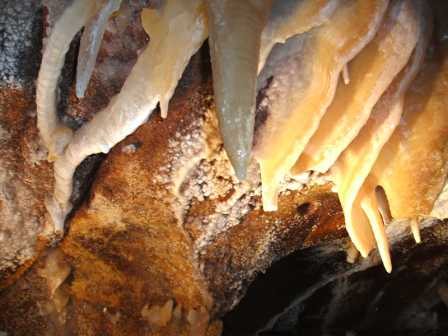 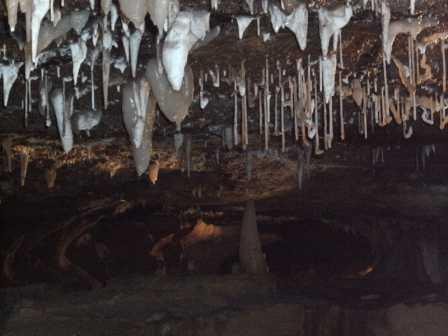 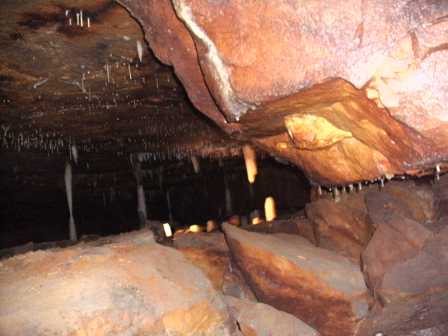 Much of the cave’s natural beauty near the original entrance was by marred by early sightseers. Not realizing the harm they were causing, the tourists removed handfuls of crystals and wrote or carved their names into the cave walls. The damage stopped in 1922 when brothers Allen and Ira Smith bought the land. They excavated by hand for three years, expanding the caves. The Smith brothers re-opened the caverns for business in 1925.

You can visit the caverns by taking a short trip from Dayton to Salem Township, Ohio. Watch your step. It’s a long ways to the bottom…