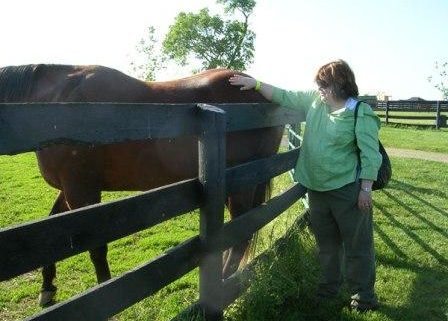 Rhonda Lane is a former reporter and TV studio tech. She grew up in Kentucky horse country but now lives in central Connecticut. She’s an aspiring mystery/suspense novelist who also runs and writes The Horsey Set Net, a horses & culture website.

Ogygian, the last living son of the champion racehorse Damascus, loves to be scratched where he can’t quite reach. The fence rail works nicely, but he never turns down help. I’m happy to assist. 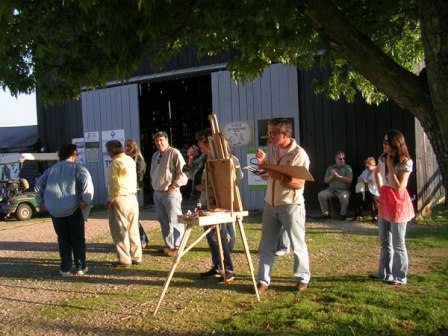 An artist painted a portrait for auction of Kentucky Derby winner Big Brown. The winner held it by the edges of the canvas because it went home wet. 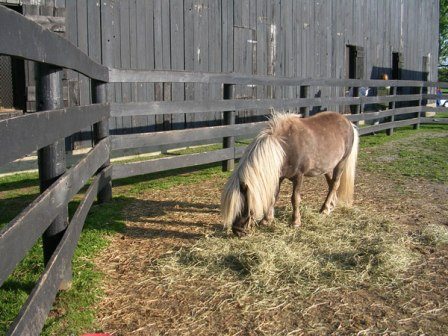 Little Silver Charm, a miniature horse named for Silver Charm, the winner of the 1997 Kentucky Derby and Preakness Stakes, now runs the show at Old Friends. He has posed, more or less, for a portrait sketched by movie star Jack Nicholson for a special issue wine bottle label. Little Silver Charm is a “never ran,” except when he’s playing soccer with Old Friends founder Michael Blowen. 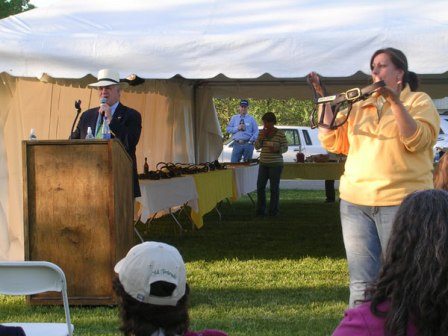 A valued racing collectible is a halter, complete with an engraved brass nameplate, once worn by a famous racehorse. Old Friends auctions a series of horse halters – some complete with grass slobbers – once worn by champion racehorses who are now breeding stallions, like Storm Cat, A.P. Indy and Giant’s Causeway. 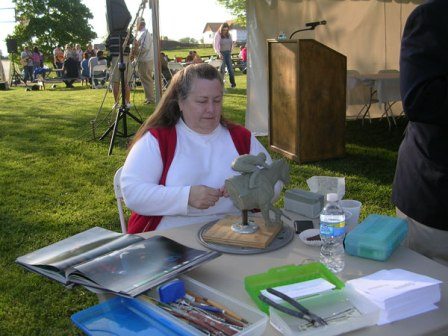 Shelley Hunter, executive director of the American Academy of Equine Art, works on a sculpture of John Henry, the late two-time winner of “Horse of the Year” honors. 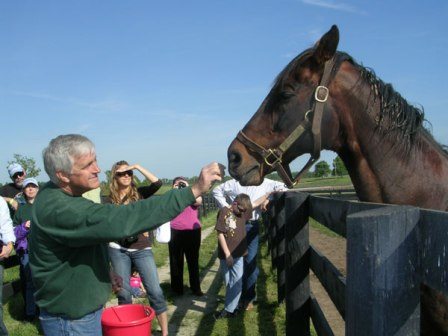 A popular part of the Old Friends Homecoming Party is a tour of the farm and visits with the retirees. Some of the horses are friendly, some not so much. Swann’s Way, an “also-ran” who enjoys a retirement at Old Friends, takes treats from one of the volunteers. Swannie is a lot friendlier, and enjoyed his treat more, than his ears in this photo suggest. 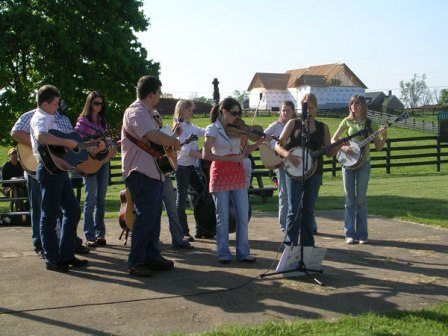 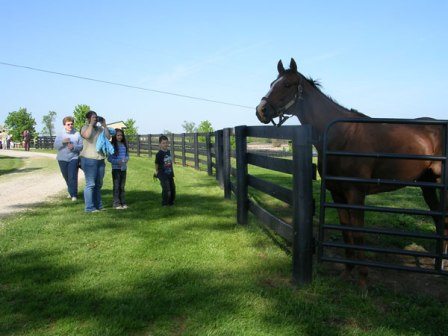 Every year for the annual Old Friends Homecoming Party, a new arrival is honored, which suggests the party’s theme. Most recently, Danthebluegrassman poses for adoring fans while a bluegrass band plays in the background. Somehow, he seems to know that the party slightly up the hill from his turnout is his party.

For the 2009 Homecoming, also the day after the Kentucky Derby, a luau will honor new arrival Lava Man. 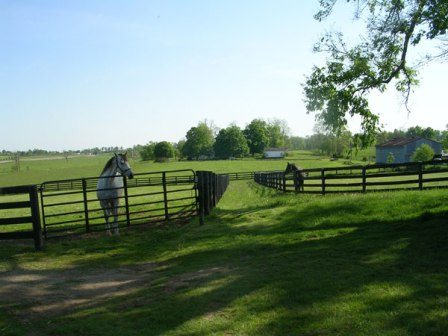 Old Friends serves as both a retirement home for champion racehorses (as well as some “also-rans” and “never rans”) and as a tourist attraction.

It is the brainchild of former Boston Globe film critic Michael Blowen, who’d been shocked by the ignoble end of past Kentucky Derby winner Ferdinand in a Japanese slaughterhouse in 2001. He set up the rescue as an alternative. 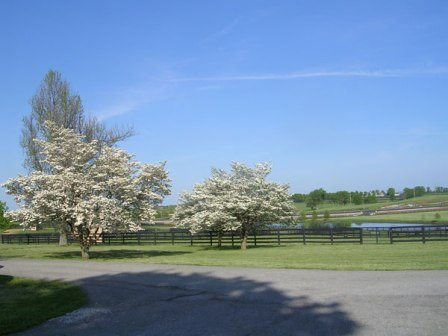 Just because we’re deep in winter doesn’t mean we can’t go to a springtime party.

This is the most recent annual Homecoming Party at the Old Friends Thoroughbred Retirement Center. The party is often held on the day after the Kentucky Derby.

Old Friends is located at Dream Chase Farm in Georgetown, KY. May in Kentucky is a time of blooming tulips, fruit trees and dogwoods.

*Rhonda Lane is a regular visitor and reader of The Graveyard Shift. If you’d like to share your own Weekend Road Trips with us please contact me at lofland32@msn.com.