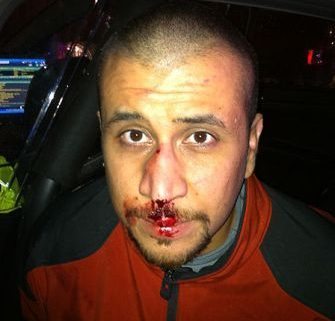 I’m sure that by now you’ve all heard of George Zimmerman, the Florida neighborhood watch guy who shot and killed Trayvon Martin, a young African American man who was walking home from a local convenience store.

Zimmerman says he shot Martin in self defense, while the prosecution and Martin supporters claim the shooting was a deliberate murder motivated by race.

Created and organized by the National Sheriff’s Association, Neighborhood Watch was established to reduce crime. Watch members are groups of citizens who live in the same areas and want to make their communities safer.

Local police agencies work closely with local Neighborhood Watch programs, providing guidance and, as events occur, use information gathered by Watch volunteers to better formulate a plan that best suits the needs of a particular neighborhood (more patrols in a given area, foot patrol instead of vehicle patrol, etc.).

Neighborhood Watch members are also active in providing assistance to the homeless and those in need after a major disaster.

Boris the Burglar is the widely-recognized symbol of the Neighborhood Watch program, and the presence of signs bearing his image is a signal to criminals that the eyes of the community are watching them and that the locals will be calling the police if they sense anything out of the ordinary.

Each “Watch” group should have a police officer liaison whose job is to provide guidance and to assist with the needs of individual communities.

It is the duty of Watch members to be on the lookout for suspicious activity in their neighborhoods. The Watch guidelines offered by the National Sheriffs Association (NSA) defines suspicious activity as “anything that feels uncomfortable or looks out of place. The guide also lists a few “activities” that could be considered suspicious, such as loiterers in places like school grounds or businesses that have closed for the night, and signs of forced entry on homes and businesses.

Watch members are encouraged to report any strange or unusual activity, including suspicious or illegal actions and dangerous situations.

It is important that all Watch members report legitimate concerns and they should do so by calling 911. It is also important that Watch members remain safe, and that includes watching and reporting from a safe distance from where the odd or illegal activity is taking place. In fact, the Watch guidelines spell out a very important safety suggestion for its members. Here’s a screenshot of the reminder taken from the NSA Neighborhood Watch manual:

This somewhat brief notice leaves very little room for interpretation. Actually, the statement is pretty much to the point.

So where does this leave George Zimmerman? He was a Neighborhood Watch member, a leader in his local organization, I believe. He was also well known to members of the police department. In other words, he was no stranger to “how things work.” And, more importantly to this case, he took action.

On the night of Trayvon Martin’s death, Zimmerman was driving through his neighborhood (I understand he wasn’t on duty as Neighborhood Watch). He saw Martin walking through the neighborhood (there had been recent burglaries in the area) and called the police to report the stranger (Martin’s father lived there, but Martin did not).

Martin wore a dark hoodie, with the hood up and on his head, as he made his way to his father’s house. By the way, many criminals, of all races, wear hoodies as part of their disguises—an attempt to mask their identities. However, it was raining, therefore a hood worn over the head would be a natural thing to do. I’ve done it many times, including the night I was in my own yard clearing heavy, wet snow from some very young Deodar Cedars. Well, my neighbors saw a dark figure wearing a hoodie and immediately called the police. After all, who in their right mind, other than someone who was up to no good, would tromp around outside during a brutal snowstorm, at midnight? It took a lot of convincing on my part that I was indeed who I said I was, and I still don’t think the two deputies believed my “snow on the trees” story.

Anyway, Zimmerman parked his car, got out, and headed after Martin, supposedly to see what he was up to and to keep him in sight until police arrived. Of course, we all know that within a matter of minutes Martin was dead and today George Zimmerman is on trial for murder.

Let’s assume Zimmerman did exactly what he said he did. And while we’re here, let’s leave out the racial aspect. I want to address only the fact that Zimmerman left his vehicle to follow Martin.

Was it illegal for him to get out of his car to follow Martin on foot? Remember, a dispatcher told him, “You don’t need to be doing that (following Martin).” And, the paragraph from the NSA Neighborhood Watch manual clearly states that citizens should never take action on their observations.

Well, the key word here is SHOULD.

There is no law preventing anyone, including George Zimmerman, from getting out of his car and taking a walk. The dispatcher’s statement was not a police order, so he didn’t disobey her. Besides, she doesn’t have the authority to order someone to remain inside their vehicle. Still, she didn’t say, “Do not get out of your car, and that’s a direct police order.” But to include the word should, well, that’s like telling your kid that he should eat his broccoli. Will the little darling eat his green vegetable after hearing that statement? Or would he be more inclined to do so if you said something like, “Eat your broccoli…now!”

I believe Zimmerman was legally allowed to carry a firearm. So he didn’t violate any laws there either. Should he carry a weapon while on Watch duty? I don’t know what their rules say regarding firearms, but I’d think the police and the organization would both frown on Watch members carrying guns. Again, though, no laws were broken. Keep in mind that an organization’s rules and regulations are not laws. You can be removed or fired for breaking a private rule, but you cannot be arrested for it (unless the rule is also an actual law on the books).

What happened after Zimmerman and Martin came together is now up to a Florida jury to decide, and they must do so based on facts, not assumptions, race, prejudices, media speculation, gut feelings, wishes, hopes, or dreams.

But whether or not George Zimmerman was breaking the law by stepping out of his vehicle, well, that really should be a non-issue. Simply because someone says something—in this case, the dispatcher—doesn’t make it a binding law.

You know, as in, “I should have been working on my book instead of staring out of the window wondering why the red-headed woodpecker in the palm tree by the pool doesn’t get a headache from all that wood-pecking…but I’m not.” If only someone would come along and say, “Get to work!”

Oh, oh, here comes the wife. I just might be hearing those words after all.

So what are your thoughts on George Zimmerman? Guilty of murder? Or, did he act in self defense?

*By the way, I am a proud Sheriff Member of the National Sheriff’s Association, and I wholeheartedly urge you to support your local sheriff.

Paula Deen The Butter Queen: Falling Like A Cold Souffle
Scroll to top