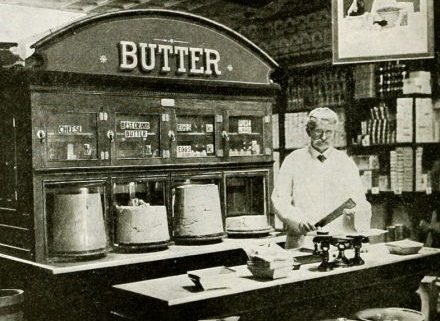 I know most of you have heard Savannah cooking guru, Paula Deen, utter that phrase at least once while flipping through the channels on your television. Well, apparently those aren’t the only words in her vocabulary. And what started an explosion of nationwide anger was one particular word that slipped from her lips one too many times.

Yes, it seems that Ms. Deen has jumped out of her own personalized frying pan into a really hot fire. A few days ago, the massive empire she’d built from the ground up began to crumble, like the crispy and flaky batter on the fried shrimp that’s served at her brother’s restaurant, Uncle Bubba’s.

First, the Food Network canned her. Next came Smithfield Foods followed by Walmart. Even Caesars is yanking Paula’s name from the buffet line at four of their restaurants. And more companies are keeping a close eye on the events as they unfold. QVC and Target are currently “evaluating” the situation.

So how did this disaster begin? Well, sometime last year, Lisa Jackson, a former manager of Uncle Bubba’s restaurant, filed a discrimination and harassment lawsuit against both Paula and her brother, Bubba Hiers, co-owners of the establishment.

In the filing, Ms. Jackson referenced inappropriate goings-on, such as when Jackson asked Ms. Deen about what she wanted servers to wear for an upcoming wedding party. Ms. Deen allegedly replied, “What I’d really like is for a bunch of little n*****s to wear long sleeve white shirts, black shorts, and bow ties.”

Jackson’s other issues included Bubba Heirs showing her pornography on the office computer, assault and battery, and a hostile work environment.

The Deen camp probably anticipated the fallout from the public hearing or reading the details of the case, so their attorneys asked the judge to issue a gag order back in early 2012. No dice. Chatham County Superior Court Judge Louisa Abbot denied the request. And the snowball began to slowly make its way downhill.

And that’s where we are today, with Paula Deen making bizarre apologies that seem to paint her as the victim in this nightmare situation.

Public reaction to the Deen situation has been mixed. Her diehard fans are rallying behind her. In fact, sales of Deen’s cookbooks are on the rise, and business at her downtown Savannah restaurant still sees long lines of tourists waiting to get inside to try out the “As Seen On TV” fare. Uncle Bubba’s Oyster and Seafood Restaurant on Wilmington Island is also as busy as ever. 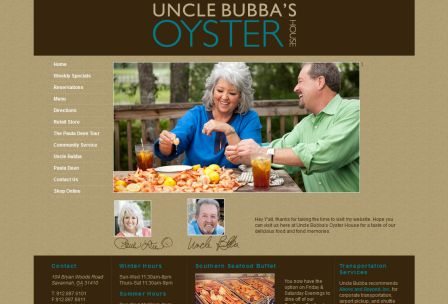 However, there are plenty of people who aren’t happy with the Butter Queen’s use of the n-word. The Reverend Jesse Jackson, though, has made the statement that he thinks Paula Deen can be redeemed and he’d like to be the one to help her make amends.

Now, I’m a new transplant to Ms. Deen’s neighborhood, but I can sort of understand the situation and how some of the older generation in this area still live and operate as if time stopped 50 years ago. For example, I needed some help around the house when we first moved in—general labor, yard-raking, etc., so I hired some people I located in the “help wanted” ads.

Well, I and the crew worked our butts off in the southern heat and humidity, and when it came time to break for lunch I invited everyone inside to join me in the a/c, and for sandwiches and something cold to drink. One of the gentlemen, an older fellow, said he’d like to have his lunch in the backyard under the shade of the trees. I wouldn’t take no for an answer, though. It was just too darn hot outside. Besides, have you seen the bugs down here. Holy cow! They’ll make a snack out of an arm or leg in nothing flat.

After we finished lunch and headed back outside, the man called me to over to thank me for lunch and for allowing an old “colored fellow” inside my house. His comment stopped me in my tracks, as you can imagine. Then he went on to say he’d never been inside a white man’s house in his entire life. He’d never eaten a white man’s food. And he’d never in all his life seen a white man invite a “negra'” (his word, not mine) man to enter his house through the front door.

Well, my new friend and I became buddies and he promised to take me fishing sometime in the future. Of course, he’s still a bit wary of the whole thing. After all, he’s never had a white guy in his boat. He even apologized for it being a small aluminum craft with no motor. I assured him that I can operate a paddle with the best of them.

Anyway, it would be nice if we could all put the past behind us, along with hateful words and ugly speech, but I doubt we’ll see that in my time, unfortunately.

But isn’t it funny how we all came from Africa (some of my ancestors were sold as slaves to the Egyptians), which means every single one of us are related, but are now separated by the mere color of our skin.

Personally, I think we should all just go fishing and forget about our troubles, even if it’s only for one day. What do you think?

*By the way, we’ve dined at Uncle Bubba’s and the food was pretty good, especially the shrimp. We did not, however, see a single server dressed in white shirts, black shorts, and bow ties. I’m just saying…