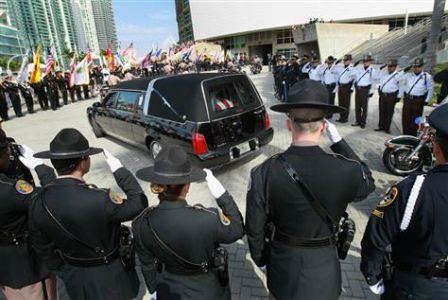 Imagine going to work today, wondering if this is the day when somebody—the man in line behind you at the bank, a junior high kid, or maybe that kid’s mom—will pull a gun from their pocket and shoot you dead simply because you chose to be a police officer.

How would it feel to know that the mere clothing you wore and the fact that your life’s calling—your life-long dream to help others—was enough to spark enough rage in another human being that he’d walk into your place of business and murder everyone in sight? Unfortunately, that’s what officers across the country are learning to deal with in addition to the already high-stress nature of their work.

Recently, there’s been an alarming increase in the amount violence toward police officers. So far this year, as of January 27, 2011, fifteen police officers in the U.S. have been killed in the line of duty, ten were shot to death. Murdered. And that’s not including the large number of attempted murders and assaults on officers. What’s the cause? Why do some people feel the need to kill cops? And why are they acting on those feelings? What causes a man to look a young officer in the eye and then, without remorse, kill her as nonchalantly as they would swat a fly?

How do police officers protect themselves against an enemy who hides in plain sight? How do officers guard against future attacks?

Are there too many guns on the street? Not enough gun laws? Too many gun laws? Are we not putting enough people in prison? Do we need more alternatives to prison? Death penalty or no death penalty? Does it work?

And I’ll ask this one out loud. I’m not shy. Have police department budget cuts contributed to the murder of our police officers? Have municipalities cut police training, manpower, and equipment so drastically that the very lives of the men and women who protect us are in jeopardy?

Well, I asked three law enforcement officials for their take on the recent increase in violence against police officers. And here’s what they had to say. 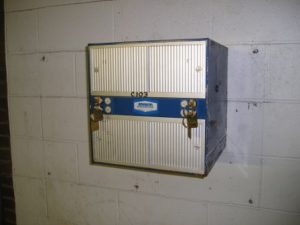 “What can law enforcement do to stop more of our ranks from falling?

The best way we can honor our fallen comrades is to make sure they didn’t lose their lives in vain. We need to make sure we not only remember they died Holding the Blue Line, but we also remember how they died.

I am not faulting any of the officers who died. For all I know, they did everything right and fate was against them. But, I do know cops are humans. We fall into routines. And ruts. Some become lax in routine. We do think of a traffic stop as “routine.” (THERE ARE NO ROUTINE TRAFFIC STOPS!). We do think of taking a complaint as something we’ve done a thousand times before and nothings happened, so it’s no big deal. We’ve served warrants on people and arrested them and they’ve complied with our commands.

I want the next patrol officer who does a traffic stop to have the memory of the Indianapolis cop in his mind. When he flips that lightbar on and pulls that car over, I want him or her to think of that Indianapolis cop who did the same thing and took two bullets in the face last Sunday. Now, that officer will pause and maybe they’ll remember to hug the car close and stay out of the driver’s line of sight. Maybe they’ll make extra sure to see the occupants’ hands at all times. With that dead cop’s spirit on their shoulder and in their mind, they’ll stay extra sharp.

Maybe the next time an arrest team goes to pick up someone they’ve arrested before, they’ll not think, “He’s going to comply because he has in the past.”

Maybe the next time a group of cops are taking coffee together they’ll keep an extra vigilant look on the door, so that when some Sierra Hotel pulls a gun as he’s walking in that the cops will stop the assault.

As for me, I know that the next time we’re doing a warrant on a house, I’ll be paying extra close attention to the attic and crawl spaces. I’ll think of those 2 St Petersburg cops who were ambushed by a thug laying in wait.

Cops can’t ensure our budget or manning will improve. We can’t do anything about the state budget crises that are opening the door and kicking prisoners out the door of prison in floods. We can’t determine why a small segment of our society thinks it’s a badge of honor to hunt us. 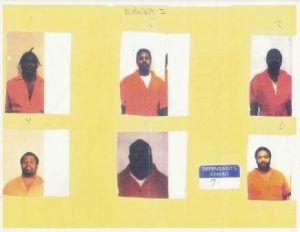 “One thing appears to be obvious: the bad guys do not fear the police. Most of the people shooting law enforcement officers have already been in the criminal justice and/or mental health systems. If I were to do any quick finger pointing, I would have to start with lenient judges, parole boards, probation & parole systems, and mental health system. We are living in a society that nurtures psychopathy. According to Dr. Robert Hare, who is probably the world’s leading authority on psychopathy, only about 20% of psychopaths are institutionalized (prison or in-patient mental health facilities).

Also, as a law enforcement use-of-force trainer, I have to ask the unpopular questions regarding how prepared are officers for these situations. There is certainly a lot of argument here in favor of scenario-based training.” 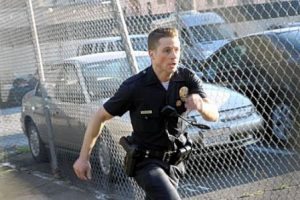 “In recent days, most of us have heard comments and news stories about an alarming rise in shootings and/or felonious deaths of police officers in the U.S. Today, I heard that yesterday’s death of an Indianapolis officer recently shot brought the nationwide number of officers killed this month to 15. Multiply that number by twelve and you’re looking at 2011 as being a year when 180 officers could be killed by felonious assault. That is a frightening number.

Is that what we have in store for the coming year? Hopefully, prayerfully, this month will prove to be a fluke, albeit a tragic and deadly one.

I’ve heard questions raised by news reporters asking if this is a sign of a “war of cops.” I don’t think so. At least it’s not an organized effort to kill officers. If anything, it is more of a symptom of a growing unrest in the country, a growing anger. An anger at what? An anger at them, those people, the other side.

That’s right, we’ve all noticed it. We’ve all seen in recent years the general decline of civility and a growing rudeness in the culture. I’m not going to spend any time laying it all out because we have all seen examples of it throughout the culture. And, please, let’s not turn this into a discussion of “Who’s at fault?” When it comes right down to it, we are all at fault. If you wish to point a finger, get in front of a mirror and point away.

Having said that, let us recognize the fact that, as always, the police are going to be the ones to bear the brunt of social anger. Remember the 1960’s? Well I do. I remember hearing things like “off the pigs” or “kill the pigs.” And while I was unable on short notice to find stats of officer killings in the 60’s and 70’s, I do remember an alarming number that seemed to correspond with the growing social discord of the time.

So what’s the answer? I can tell you what I think the answer is for the men and women on the street. It is the same that it has always been. In a simple phrase, “watch your ass and expect the worst.” It is a very simplistic answer to what seems to be a very complex problem, but that is what I would tell the young folks on the street. Let the “experts” try to figure it out. Let them spend their money and have their committees to come up with some report that will gather dust on a darkened storage shelf. You don’t have time to wait for the answer, so in the meantime, you do what you need to do to get home to your family tonight.

And may God bless those who don’t make it.” 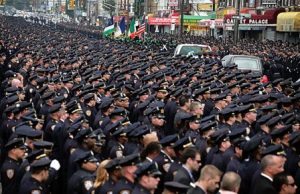 Corporal Chuck Nesbitt, Jr. was killed in an automobile crash after transporting a prisoner to the South Carolina Department of Juvenile Justice.

Sergeant Tom Baitinger and Officer Jeffrey Yaslowitz were shot and killed while attempting to serve a warrant on a wanted suspect.

Sergeant Baitinger is survived by his wife.

Officer Yaslowitz is survived by his wife and three children.

On January 23, 2011, Officer David Moore was shot several times by the driver of a stolen vehicle. He succumbed to his wounds three days later. He is survived by his parents. Officer Moore’s mother is a sergeant with the Indianapolis Metropolitan Police Department, and his father retired as a lieutenant with the department.

Writers and Cops: A Great Combination!
Scroll to top