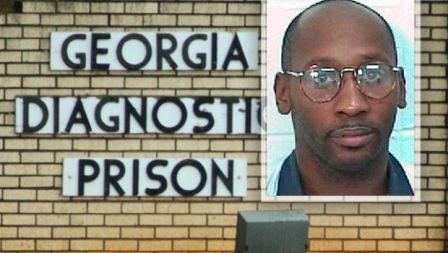 I’ve lived in Georgia for a very short time, a little over a year, and it’s a wonderful place. In fact, there’s not much I can about it that’s bad. Even getting a driver’s license and tags for the cars was a pleasant experience.

But there is one thing I’ve noticed that’s not so nice, and that’s the high homicide rate in Savannah. There are people in and around the city of Savannah who will bust a cap in your rear end simply for looking at them the wrong way.

Almost every morning, it’s the same feature news stories, over and over again—Woman Shot While Sitting On Front Porch…Two Killed In Laundry Shooting…Three Dead After Overnight Murder Spree…Woman Killed While Walking In Park…Eight Killed In The Past 24 Hours, 2-Year-Old Shot During Drug Dealer Argument,…and, well, you get the picture.

But it’s not just Georgia. The last year I wore a badge, the yearly homicide count in Richmond, Va. was over 330. That annual number is lower now, but even one murder is one too many. I guess the point I’m slowly getting around to is that a life doesn’t seem to be as valuable as it used to be. Killing, unfortunately, has almost become a way of life for some folks. And that brings me to Georgia’s hot-button issue of the day.

Last night, Troy Davis was executed by lethal injection for a killing Savannah police officer, Mark MacPhail, in 1989. Davis had been at a pool party in Savannah where he, during an altercation, shot a man in the face. The he and a friend went to a local Burger King to have a snack, I guess. Doesn’t everyone do that after shooting another human?

While doing the burger and fry thing, Davis got into an argument with a homeless man and began pistol-whipping him. Officer MacPhail saw the trouble and intervened. Witnesses say Davis shot the officer once in the chest and then again in the face. Prosecutors said Davis had a smirk on his face when he killed the officer.

During Davis’ murder trial, prosecutors basically presented only eyewitness testimony, no physical evidence. They’d not located the murder weapon. No DNA. No fingerprints. No blood. No nothing, other than a few people saying they saw what they saw and a mention of finding some bullet-casings that matched the earlier pool-party-shooting. But, several of the witnesses have since recanted their stories, saying they were wrong about their original court testimonies.

Many people argued that the government should spare Davis’ life. They, including former president Jimmy Carter, say there was too much doubt in this case to go forward with an execution. However, every single court, including the U.S. Supreme Court disagreed. The courts ruled that Davis had received his day(s) in court and was guilty as charged. In fact, Davis’ execution had been halted three times before to allow the courts to review the case. The Georgia Clemency Board reviewed his case just this week. And the execution was again postponed just last night, minutes before Davis’ scheduled 7pm execution time, to allow the U.S. Supreme Court another chance to review the facts of the case. They did not agree to review the case again.

This week, Davis begged to be allowed to take a polygraph test to prove his innocence, something he’s been professing for 22 years. The prison system denied that request.

Just before the lethal injection process began, Davis lifted his head from the gurney and said, “I am innocent. All I can ask … is that you look deeper into this case so that you really can finally see the truth. I ask my family and friends to continue to fight this fight.”

So, I ask you, did Georgia officials execute an innocent man? Or did Davis go to his grave a defiant cop-killer who never showed a moment of remorse?

I guess we’ll never know for sure…but isn’t that a reasonable doubt? You tell me.