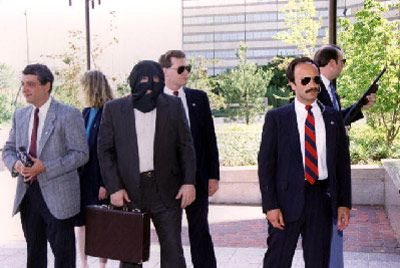 The witness protection program is frequently used as a plot device in movies and on TV shows, but many people don’t know much about the system in reality. In the U.S., witness security has protected 7,500 witnesses and 9,500 of their family members since it began, and the testimonies of these witnesses has led to an 89% conviction rate of those they testified against. Here are 10 other things you didn’t know about the program that helps take down organized crime, gang violence, and terrorism.

It’s kind of surprising that the U.S. was the first to come up with the idea of creating a program to protect witnesses. Even stranger is that witness security is only about 40 years old. It began when the Organized Crime and Racketeering Section of the Justice Department introduced the Organized Crime Control Act of 1970 and started to actively protect witnesses in 1971. The law gave the Department of Justice freedom to arrange for the security of witnesses as they see fit, and though it was originally passed in order to curb mafia crimes, it now covers people who testify against drug cartels, gangs, and terrorist groups. The program was expanded by the Comprehensive Crime Control Act of 1984 to cover some relatives and associates of the witnesses. Though there are still some problems with the program, it has been incredibly effective in coercing witnesses to provide testimonies that have landed major criminals in prison.

2. Now the idea has spread around the world

Since many countries struggle with organized crime, the method for protecting and relocating essential witnesses has been picked up in many countries around the world. Australia, a country whose population famously started with criminals, began their own program in 1983, along with complementary regional programs. Germany has had one since the mid-’80s and Hong Kong started theirs in the ’90s. Colombia established a three-program system in their constitution, which provides information and monitoring for witnesses. The third and most intense program is for the witnesses of kidnappings, terrorism, and drug trafficking, and provides relocation assistance and support. Even the International Criminal Court has established a witness security organization.

3. It was inspired by a mafia member

Before the establishment of an official witness protection program in any country, no one could get mafia members to speak against their leaders to police or in court. Their code of silence meant that if you cooperated with police, they would kill you. In 1963, Joseph Valachi became the first person from the Italian-American Mafia to break the code of silence and he testified to a congressional committee about how the mafia works. While talking to the committee, he was guarded by 200 U.S. Marshals because there was rumored to be a $100,000 bounty on his head, and he was the first person to be offered protection for his testimony. He spent the rest of his life in protective custody in prison, afraid to even eat food prepared by anyone but himself. His testimony and protection led the U.S. to start a program for witnesses.

4. You have to qualify

If you think you can testify against a criminal and just waltz into a new life in the witness security program, you’re wrong. There are several qualifications you have to meet to be eligible to take part in witness protection. First, your testimony has to be essential to the case, usually a serious criminal one, and put your life or your family’s life in danger. If they can get testimony against a criminal from someone else that would be at less risk, they’ll use them instead of you. Your testimony also has to be seen as credible and they have to be sure that you’re going to show up at trial. Unreliable people don’t get new identities. Ultimately, the U.S. Attorney General’s office has the final say in who gets to enter the program, but all the requirements have to be met so that resources are only used on the most important and at-risk people.

5. There are some perks

It’s obviously really difficult to leave behind family and friends and cut all ties with the life you knew, but witness protection does offer some perks to help participants get back on their feet quickly. U.S. Marshals find a reasonable job opportunity or provide vocational training for the participants and help them find housing. The witnesses normally receive about $60,000 in subsistence payments, but if they don’t actively seek employment, those payments will stop. Obviously this assistance wouldn’t be spectacular for someone who used to make six figures in a previous life, but for many, this is more than they had before. You’ll also likely get to come up with your new name, so if your parents gave you a bad one, — you’re a boy named Sue or something equally horrible — this is your chance to turn things around. The payments, training, new name, and other help is all in addition to getting to stay alive, which is probably the biggest plus.

6. Marshals have tricks for getting witnesses to trial

Getting witnesses to the trial to testify is one of the most important tasks that faces a U.S. Marshal. This is the time when the person needs the most protection so that the criminal can be convicted and the witness can be taken to a safer place. Some of the tricks for transporting witnesses to trial safely include using nontraditional vehicles that potential assailants wouldn’t expect. The founder of the witness security program, Gerald Shur, says Marshals have used everything from mail trucks to helicopters to fishing boats to bring witnesses to trial. Sometimes decoy cars are sent to the courthouse to distract people while Marshals sneak the witness in through another entrance. Nothing is too crazy to keep the witnesses safe to testify.

7. No witnesses have been killed

According to the U.S. Marshals service, no witnesses who have entered their protection and followed the rules have ever been harmed. The rules basically say that you can’t have any contact with associates from your past or unprotected family members and that you can’t go back to the city where you lived before relocation. Lots of witnesses who break these guidelines have been killed. For example, a young man who had been relocated from San Francisco returned there in 2006 and was shot to death. Another girl, just 17 years old, testified against a notorious gang, got a new identity, and then contacted some of her old associates that were still tied to the gang to come try out her hotel’s hot tub. She was killed within days of the phone call.

Many of the people who enter into witness security programs are criminals themselves who have given key testimony on their former bosses or associates. Before allowing a criminal to participate in witness protection, the U.S. Attorney General evaluates whether the risk the witness would pose to his new community is less than the value of his testimony. If they think the danger to the community isn’t high, they’ll relocate the witness and inform the local law enforcement of his location and criminal record. There’s obviously some chance that a criminal will go back to his old ways while in witness protection, but the percent of criminals that re-offend while in the program is between 17% and 23%. The rate of parolees who return to crime after prison is somewhere between 40% and 60%, significantly higher than those in witness protection.

9. People in jail can be protected

If someone in witness protection commits a crime or a criminal becomes a witness but is headed to prison, they can still be protected. They’ll be taken into protective custody and no longer be under the authority of the U.S. Marshals but by the Federal Bureau of Prisons. There are different layouts for protective custody in various prisons, but the main idea is that the witnesses are separated from the general prison population to avoid revenge for testifying. Other types of prisoners are often placed in protective custody, too, such as those whose crimes put them at high risk for attacks by other inmates or those trying to avoid getting in trouble as they near their parole date, so it becomes hard to tell who was a witness.

10. Victims of witnesses can be compensated

Because the government was responsible for placing a criminal witness in your community, and the law enforcement there was informed of their presence, if they commit a crime against you, you’re entitled to be compensated out of the Victims Compensation Fund. The money is given for certain crimes to cover expenses for medical or funeral costs, and lost wages if you had to take off work. You should be aware that the government’s not just going to hand you this money; you have to seek restitution or compensation under the law or through a lawsuit, and they won’t cover what’s been paid by your insurance. Of course, you won’t know if someone who assaults or robs you is under federal protection, so you should seek compensation whenever you’re a victim of a crime. You could get lucky and get to blame the government. 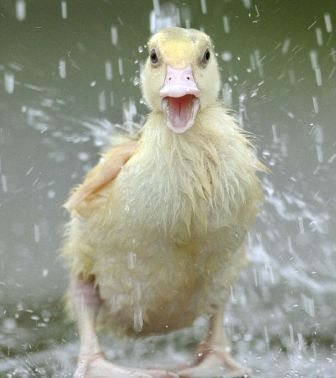 There’s a chance of rain during the Writers’ Police Academy.

Our outdoor events will take place rain or shine.