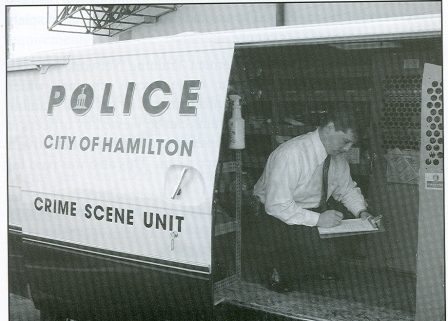 There are many rules in the world of cops and robbers, both written and unwritten. Writers, of course, enjoy the freedom of making things up as their stories progress from one scene to another. However, a touch of authenticity sprinkled throughout the pages adds a nice touch to well-crafted tales.

Here’s a light dusting of reality for the heroes of your twisted tales.

1. Do not cover the body of a murder victim with, well, anything found at the scene. This means NO sheet, NO blanket, etc. And DO NOT use your hero’s personal items (jacket, sweater, etc.) to shield the murder victim’s face from the view of the growing crowd of looky-loos.

There are items designed specifically for this situation, including body sheets that can also be used for placement of crime scene investigation tools, kits, etc. Setting these items on a sterile sheet or blanket prevents contamination.

However, if your hero insists upon covering the victim with something found at the scene, have her/him leave it with the body when transporting to the morgue. The M.E. will know what to do with it when it arrives. If the covering is removed prior to transport, package it and send it along to the lab or morgue for trace evidence examination.

*Writers – using something from the scene, a jacket, a beach towel, etc., could definitely wind up implicating the wrong person as the murder suspect. The innocent party could have used the towel which, in turn, caused their DNA to transfer (tertiary transfer) to the victim’s body. Red herring #1.

2. It IS possible for DNA evidence to transfer from one article of clothing to another when washed together in the same machine. Avoid tunnel-vision and consider the possibility that the DNA evidence could be pointing to the wrong person. So have your heroes build their cases with multiple bits of evidence, not just DNA found on freshly washed clothing in an apartment shared by six roommates. Besides, the DNA testing process is not 100% foolproof.

3. Broken glass at the scene of the crime? Have your hero check the soles of the suspect’s shoes for tiny bits of glass. It’s possible to match them to glass found at the scene.

4. Did you watch the Jack Reacher movie? If so, you saw the investigator straighten a portion of a paperclip and use it to pick up a spent bullet casing (brass). This is a great way to collect brass without destroying fingerprints. After all, the shooter had to use his/her fingers to load the rounds, right?

5. I’ve been known to preach, “Do not use TV as a research tool! The job is not accurately portrayed on the small screen.” Well, there is one instance where TV works to an officer’s advantage. Almost always, TV traffic cops approach a stopped vehicle from/on the driver’s side. This, like the CSI effect has people believing what they see on episodes of CSI Wherever, has the majority of TV watchers expecting what they see on their favorite television shows—officers coming to them on the driver’s side of the car. Therefore, when officers approach from the passenger side, the occupants of a vehicle are caught off guard. I highly recommend the passenger side approach for two reasons, the aforementioned element of surprise, and the officer stands a better chance of not being struck by passing motorists.

6. Don’t use bare fingers on light switches and other on/off buttons, knobs, toggles, etc. Likewise for their protective plates. These are prime spots for the retrieval of fingerprints. In fact, before touching a switch your hero should make a note regarding whether or not the lights were on or off when police arrived. If they arrive during daylight hours and the lights were found on, well, it’s likely the crime occurred during the dark of night, an important detail.

7. When searching a building for small, but important evidence (thumb drives, etc.) have your hero remove light switch and receptacle covers. Residential switches and receptacles attach/screw to plastic boxes, and the space inside is large enough to hide a variety of items. Chipped paint on the screw heads is a good indicator of the plates having been previously removed (good painters remove the covers before painting walls). 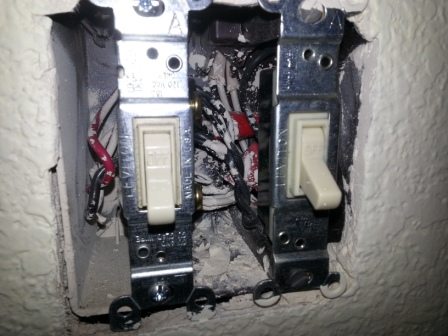 When inspecting the space behind wall plates, the investigator must use caution to avoid touching bare wires and/or the screws on the sides of the switches and receptacles, because they’re as hot as a two-dollar pistol!

8. Don’t overlook the obvious locations for fingerprints—the wall behind the toilet, for example. Some men tend to place a hand there while tending to their business. This is especially true for hard-partiers whose balance may be impaired from having too much to drink.

9. Suspects have been known to tape items to the underside of a toilet tank lid (the tank is the tall part at the “rear” of the toilet). In real life, this is one of the first places cops look, but not so much in books. I’ve also found goodies taped to the rear of the water tanks, including a .380 that had been used in a robbery. 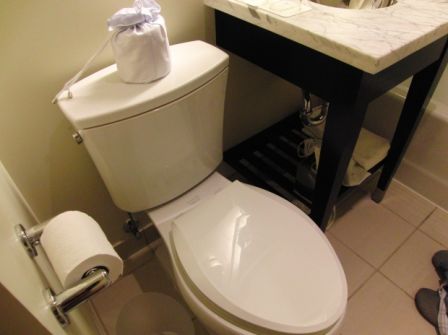 Evidence is often found taped to the backs and underside of the toilet tank.

It’s common to find drugs and other evidence taped to the underside of the toilet tank lid, or in waterproof containers submerged in the water. The submerged containers are often weighted to prevent floating.

Containers submerged inside toilet tanks, such as the one pictured above, serve a dual purpose—to hide evidence, and they reduce water usage. Nothing like an environment-conconsious drug dealer, right?

10. Another handy-dandy and sometimes overlooked location for small evidence is inside the handlebars of bicycles, tricycles, strollers, and wheelchairs (remove the hand grips to peek inside the hollow tubes).

And, speaking of wheelchairs, do not let your hero be surprised/shot/killed/maimed by the “crook in the wheelchair.”

Remember, desperate bad guys will try anything, including faking a handicap, or a clever disguise. Whatever helps them escape from the police. 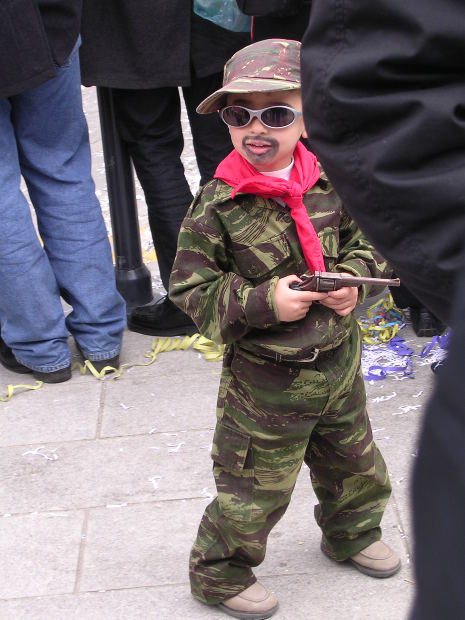 Come Ride the Little Train, So "They" Can Listen to Everything You...
Scroll to top