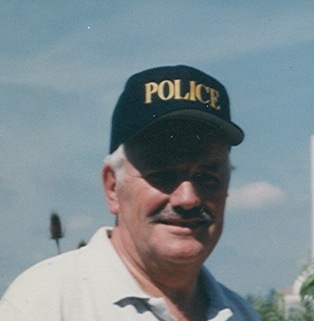 I’ve met a lot of truly good patrol cops in my day—hard-working, honest men and women who truly care about their communities, the people they serve, their families, and their fellow officers.

And, I’ve met and worked with a lot of truly good detectives who possessed the same fine human qualities.

But there are some cops who rise above the rest. Not due to high stats and the numbers of ribbons and medals worn on the fronts of their Class-A uniform shirts. Not because they wrote the most traffic tickets or served the most arrest warrants. No, the superstars of the business are the men and women who go above and beyond those who go above and beyond. They do just a bit more. They put others before their own needs.

As a police detective, I believed in the greater good. That everyone should have a voice, no matter their backgrounds, situations in life, or their own self-inflicted stupidity. People should have a fair shake is what I thought, and still do. In addition, I believed that the victims of violent crimes deserved to have a detective who was working on their behalf to solve the crime so that justice would prevail.

I’ve investigated a few murders in my day, more than I’d care to count, or to recall. When solving those crimes I tried to look at the case from the viewpoints of the victims. To put myself in their shoes, hoping that by placing myself as closely in those positions as possible, it would provide clues that would could’ve otherwise gone unseen. It works. Not all of the time, but some.

It was nearly eleven years ago when I crossed paths with one of the most brilliant police detectives I’d ever encountered. He was sharp, smart, methodical, relentless (the latter being how he earned the nickname, “Bulldog”). He dressed nicely—shirts and pants neatly pressed, shoes shined to perfection, not a hair out of place, and his ties always matched the outfit du jour.

When he entered a room there was no doubt that he’d assumed charge. He was tough, but tender. Gritty, but compassionate. He was the textbook example of “Command Presence.”

He spoke softly and always to the point, especially when discussing a case. He was passionate when it came to crime-solving, and about the victims of those crimes.

When I first met him—we were two of several panelists at a seminar—he’d been in the police business a long time, and he’d put away some of societies worst. He’d solved more murder cases than many detectives work in a lifetime. He was a cop from “back in the day.” Crusty and tough. He’d seen it all. In fact, the murders in and around his city were some of the bizarre I’d ever seen or heard of.

Jim Nugent was this detective’s name and he’d followed in the footsteps of family members. Jim began and ended his decades-long law enforcement career in Hamilton, Ohio, a city not far from Cincinnati.

Before pinning on a badge to serve is city, Jim first worked in a paper mill alongside an uncle who told him stories about his grandfather back when he was Hamilton police officer back in the 20s, 30s, and 40s, a time when Hamilton was called Little Chicago. The city earned the moniker because Chicago gangsters came to Hamilton to hideout when things grew too “hot” for them in the Windy City. Of course, with the gangsters came organized crime, prostitution, gambling, and illegal liquor. Serious illegal business.

Charles Nugent, Jim’s grandfather, was a small city cop tasked with keeping peace in a jurisdiction where gun-toting gangsters roamed the streets and hung out in bars and taverns down by the river. Charles Nugent started out as a patrolman and was promoted to the detective position on December 16, 1922.

Like Jim, Charles Nugent never met a man too big to handle. And handle the bad guys he did. 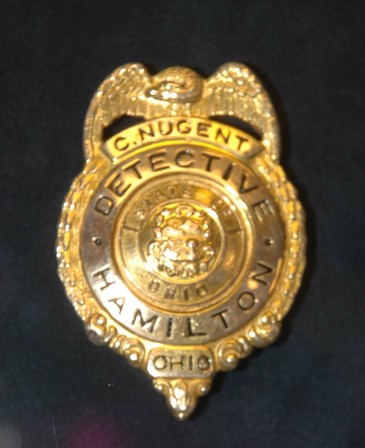 Jim was only four-years-old when his grandfather passed away. His father refused to talk to his kids about their grandfather’s days as a police officer. He was afraid that if they knew the history they might live in fear of retaliation from people the elder Nugent had encountered, or angry family members of the people he’d killed while in the line of duty. And there were more than a couple in each category, including the man who decided to gun down the detective while inside a local bar. His attempt was not successful. His name was added to the list of those killed by the lawman.

So, as I said earlier, Jim relied on information from his uncle and from locals, such as an elderly man who’d been beaten and robbed. During an interview with Detective Jim Nugent, the man recognized Jim’s last name and proceeded to tell him of yet another bad guy who tried to shoot his grandfather—another name to the list of the unsuccessful.

I fondly recall sitting in a conference room interviewing Jim Nugent who was, at the time, retired as a police detective, but was then working as an investigator in the county prosecutor’s office. 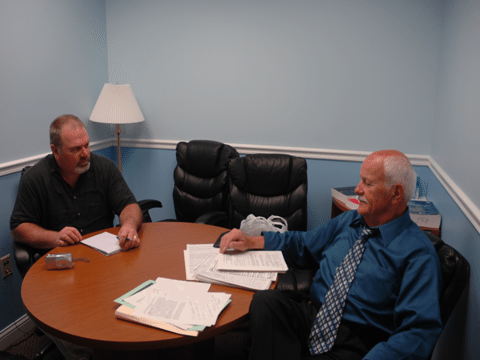 Me, on the left, chatting with Investigator Jim Nugent

The purpose of our interview was for me to obtain information for a true crime tale I was writing about the murder and dismemberment of a young mother of a small child. Jim had been the lead detective on the case.

Even though the case was long resolved and the killer was serving time in state prison, Jim was still extremely passionate about the case. His compassion for the victim is what struck me the most. It was obvious that he’d immersed himself into the murdered woman’s life. To him, she was like a family member, which was extremely important to him since the woman’d family members were basically absent and weren’t around to speak in her behalf, or to help with the arrangements that come with a sudden death. Jim’s heart ached for the deceased young woman. I soon found myself in the same situation. The young woman’s story was extremely compelling and I, too, began to feel as if I knew her. She, even though I’d never met her, felt like a family member.

Tragically and ironically, Jim had a step-daughter who was a victim of a violent crime. So, remarkably, Detective Nugent worked this case while dealing with an ongoing personal tragedy within his own family. And here’s where the “Bulldog” rose to the occasion. His own personal situation made him all the more determined to solve the murder of the young mother.

The victim had close friends, but were some distance away so they knew little about the her life in “Little Chicago.”

Jim located a suspect, but with little or no physical evidence, he chose to hound the man, day after day until a crack eventually broke in his armor. The man confessed to Detective Nugent and he led the investigator to the woman’s remains. Finally, there was a bit of closure. The dead woman had a voice, by way of Detective Nugent.

At the close of the case, when the victim’s remains were buried in a small secluded section of a local cemetery, Jim Nugent visited her grave site where he placed flowers atop the freshly turned dirt. He continued to do so on a monthly basis until he was unable to continue. He didn’t want her to be alone.

I was in Hamilton one day, a day when Jim planned to visit the grave. I went him and looked on as he placed a small bundle of brightly-colored flowers next to a small concrete marker bearing her name. Like Detective Nugent, not wanting the dead woman to “be alone” and not remembered, the murderer’s mother purchased the stone and had it placed at the site of the victim’s remains.

Detective Nugent knelt for a moment, silent, with his head down. When he looked up his brown eyes were rimmed in pink. Moisture pooled at each of the bottom lids. 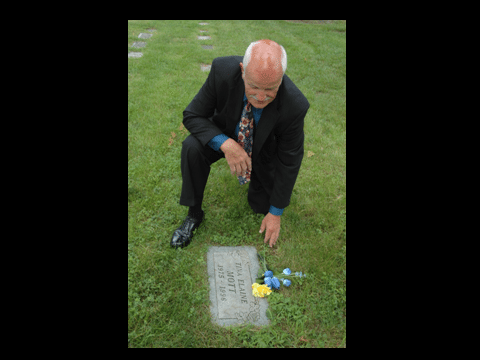 When Jim sent messages to me he always wrote in CAPS. Even with something as simple as an email, Jim was in charge. But I knew that behind the Bulldog exterior was a kind, generous, and extremely compassionate man. A brilliant investigator and a wonderful human being.

Never have I encountered a detective who fought more for victims of violent crime than did Jim Nugent. He was determined to be the voice for those who no longer had the opportunity to tell their stories. 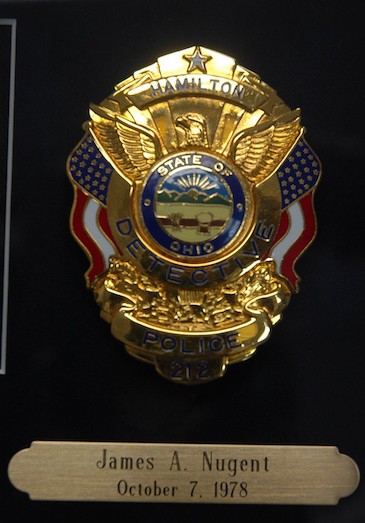 One of the last email’s I received from Jim ended this way. Notice Jim’s “all caps” style of writing.

“LEE. I NEVER GOT TO KNOW OR TALK TO MY GRANDFATHER AS I WAS ONLY FOUR YEARS OLD WHEN HIS PASSED AWAY.  I SURE WISH HE WAS WITH US AS I GOT OLDER SO I COULD HAVE TALKED WITH HIM ABOUT HIS HISTORY. LOOKING FORWARD TO YOUR BOOK SO I CAN PUT IT WITH MY VIDEO OF THE CASE. 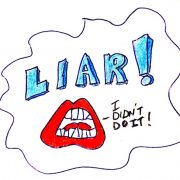 Voice Stress Analysis: Ain’t That What You Said, Liar?

A Tool for Cops: Tiny Pink Gloves
Scroll to top