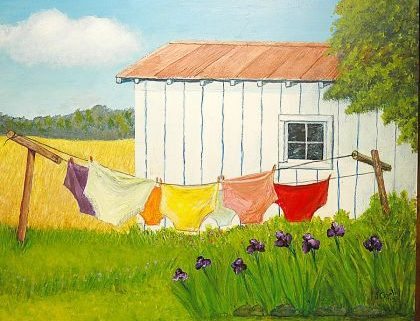 In the days of frequent “wardrobe malfunctions” that seemingly occur most often when paparazzi cameras are conveniently nearby, and when many people couldn’t care less that their pants hang low enough to expose more of their “Joe Boxer’s” than they cover, well, I ask you, who’d even for once pretend that modesty is an issue?

Yet, most of us have a problem with airport body scanners that transform our images into unattractive blobs of various shades of gray? Be for real, people. I mean, everywhere you look there are folks who willingly expose their unmentionables—plaid boxers, striped boxers, white thongs, blue thongs, polka-dotted thongs, and even no thongs, or boxers, just a good-size portion of a refrigerator repairman’s vertical smile. All out there for the world to see…whether we like it or not. And, the bare skin next to the exposed undergarments is displayed in full flesh-toned and natural living color.

Still, many of those people who think it’s their position in the world to showcase their granny panties, compression shorts, boxer and sports briefs, bikini and string panties, and jockstraps, instantly balk, scream, cry, and pout when it comes time to step in front of the full-body scanners at the airport.

No problem, though, when it comes to “lettin’ it all hang out” in the checkout line at the local Piggly Wiggly, where you and I are forced to view gargantuan moles, freckles, and unsightly warts in places only a fully-licensed and well-seasoned doctor who is, by many years of experience, numb to the horrible truths about those places that should forever remain beneath clothing.

Still, when it comes to body scanners…well, the public just does not like them. “They’re too intrusive. A stranger can see my privates. I don’t want those people to see beneath my clothing.”

Then there are the people who resist. hate, and balk at the alternative to the body scanners…head-to-toe pat-down searches. Even on the street, pat-downs by law enforcement are seen as offensive. No matter that the touchy-feely searches often produce illegal weapons of all types. You know, the weapons used to commit violent crimes, like rape and murder. But…nooo. Heaven forbid that cops try to stop violent crime before it happens.

Well, the days of stop and frisk may be ending. Officers in New York City are currently testing a new way to see if people are carrying concealed weapons. Remember the airport body scanners that people hate so much? Well… 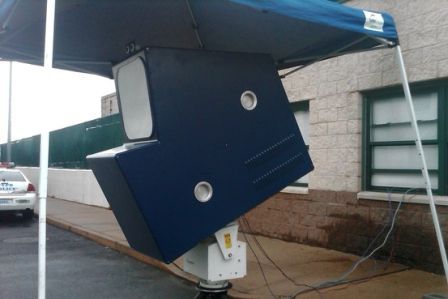 Please allow me to introduce you to ThruVision TS4, a device that detects the human body’s natural radiation emissions (terahertz radiation). And, since the radiation doesn’t pass through things such as guns and knives, what’s left in its place is a clear-as-day outline of the weapon. 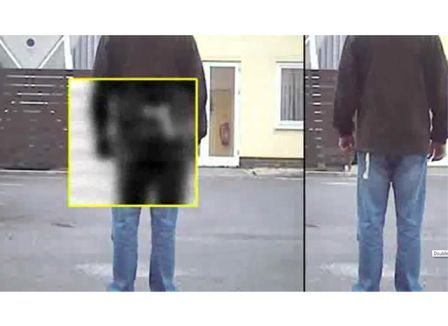 Of course,  convincing crooks to go out of their way to walk past the bulky unit may be a bit of a problem, but officials say the outlook for the future is promising.

You know, maybe a simple solution to the nation’s gun problem would be to ban all clothing, not weapons and extended magazines. On second thought, remembering my last trip to the Piggly Wiggly, I think I’ll stick with the scanners and cold hands.