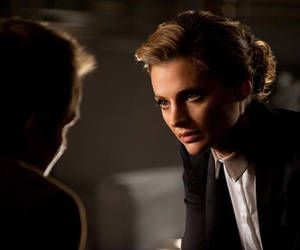 Early in my childhood, my mother taught me a valuable lesson—if you don’t have something nice to say about someone, or something, then don’t say anything at all. So I’ll start this review off on a good note by saying…everyone on the show looked nice.

But, I really want to talk about the “he killed my mother” plot. I really do. I want to scream from the depths of my soul, “The FBI will find Jimmy Hoffa before the Castle writers stop beating this old and tired horse!”  What, you have no imagination, or an imagination that’s so limited you feel the need to replay this same story over and over again, just in a different form, sort of, but not really. But I won’t go there. I promise, Mom, I won’t say anything since I have nothing good to say. That’s right, I’ll keep my thoughts and feelings to myself. Not one bad word will escape my lips. I won’t even mention that I’ve seen kindergarteners show more affection toward one another than Castle and Beckett display. They’re a couple, right? Yeah, a couple of ice cubes…

Melanie, please jump in before I explode!

This episode revisited Kate’s mother’s case and focused on a moral dilemma: Should Kate save the man responsible for her mom’s death, or suppress evidence and let him die. I love this idea, and it worked pretty well. I’m well aware that many people, including Lee, are so over this story line, but I enjoy it. I think it’s given us tons of meaty back story and provided us with great insight into Kate’s character. The deeper TV shows delve into that, IMHO, the better.

We’ve seen Kate evolve over time, and a lot of that change is the result of this story line. The other reason is Rick. She chose life for herself, because of him. She chose to celebrate with him on Christmas Eve because she loves him. She’s got a better outlook on life now. She laughs and enjoys living because of Rick Castle.

Then why, oh why, do we get such infrequent Caskett moments? I loved the few we got in this show, with them sharing some moments of quiet conversation and spending time together in Kate’s apartment, but we haven’t seen them hug or kiss since Christmas. Then tonight, at the end of the show, Kate was on the couch and Rick was sitting on chair or maybe an ottoman. Come on, Marlowe! Where’s the love? The lack of intimacy is killing me. I’m not talking about sex, although that would nice. Just cuddling and showing how much they care for each other.

Another beef I had was that Kate doesn’t turn to Rick at the height of her moral dilemma. Oh, no. She goes back to the therapist she used before coming to Rick that rainy night in May in a scene that seemed shoe-horned in. In my opinion, the writers would’ve much better served to have her talk to Rick and break down. Let him hold her. Act like a freaking couple, for crying out loud!

So the bottom line is, this episode frustrated me to no end. I want to see more moments of them acting like a couple. Nothing graphic, surely. Just let ’em hold hands and snuggle together on the couch. Kiss and reassure one another. We got a lot of great looks between them and the squeeze of a hand, but that was pretty much it in this episode.

Keep this plot thread going if you must, but please give us more Caskett! I’m hoping we’ll get some next week, for sure, since that is the Valentine’s Day episode.

I won’t hold my breath.

Gee, where do I start. Oh, yeah, Lanie. Well, I’ll say this about her…she’s better by leaps and bounds at making her character more believable. In fact, I think she’s been doing a great job. Fantastic, even. Especially with the crap the writers hand her each week.

I know, the Lanie character’s sole purpose is to dump a bunch of information on us that the writers are too lazy to write into the show. I get it. So now, instead of blaming Lanie for the voodoo forensics, let’s switch our disdain over to the writers. That whole, baloney-filled scene where Lanie pulls a screw from the jaw of the crispy/toasted victim, and was then able to instantly learn the victim’s ID from a serial number stamped into the fastener…well, there are better, more realistic ways to get this information to the viewers. Why not try one sometime, instead of having Lanie pull goofy rabbits from her hat each week. 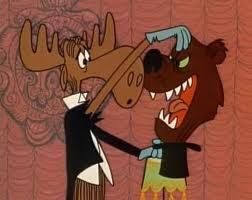 – Remember the scene where Beckett had the FBI assist by conducting a voice analysis of the victim’s phone message? Well, that was realistic, and I say so from experience. I’ve called on the FBI in similar circumstances. I’ve also asked them to do the same with video enhancement. I joke all the time about the FBI, but they’ve never turned down any of my requests for assistance. But, the whole “finding the exact crane situated beside the exact parking garage” based on a recording taken somewhere in New York City?? And to do so as quickly as they did… Nah.

– Moving on to the scene where Beckett and team locate the suspect vehicle in the parking garage. Beckett opens the trunk, finds a bag…and opens it???? Would you open a bag found in the trunk of an abandoned car in New City, knowing that the car belonged to someone who wanted to kill a senator? Wouldn’t the slight notion cross your mind that the bag could contain an explosive device that would go BOOM the second you opened it?

– Gates was back this week. I’ll say nothing more than it would please me greatly if she’d stay away for good. Her character irks me, especially when people address her as “sir.”

– Castle was way out of character when he eagerly and quickly left Beckett to face her demons alone. A simple yawn in the precinct, and he left her sitting there. Castle would never do that. He’s too nosy for one thing. And, in any other episode, she couldn’t beat him off with a stick. Normally, he’d cling to her like Velcro.

– The Beckett character has changed quite a bit from the days when she was a tough-as-nails, take-charge detective. Nowadays she’s softhearted and a bit wimpy, and I’m not so sure the change is good for her. She let a suspected killer remove his own handcuffs. She missed a point blank shot, on purpose. Oh, and how about the justification of lethal force in that instance. Was she justified in shooting the unarmed, fleeing suspect, in the back? What do you think?

– The whole “suspect-trying-to-blow-up-a-senator-who-just-may-be-the-next-president-of-the-U.S.” seemed a bit like the plot lines from Homeland. Anyone else get that impression?

Finally, we get to the killer. The bad guy in the episode. I’ll have to admit, they stumped me this time. No predictable character this week, no sir. Couldn’t be, because they never introduced him to us. Instead of providing clues, they borrowed Lanie’s hat, reached way down, and pulled a great big old rabbit from it. A rabbit we hadn’t seen. And that’s cheating the audience, as far as I’m concerned.

Another big mistake this show makes is when they try to be serious, like last night’s episode. It just doesn’t work as well as the episodes featuring a bit of humor. The difference between the two is night and day.

For example, last night we saw Castle show up with the raid team as they were preparing to kick in a door. Of course, Castle wore his vest, the one with WRITER stamped across the front. Normally, that’s sort of funny. Last night, though, it was out of place. You know, should we chuckle, or not. After all, they were possibly facing extreme danger. Perhaps even death. Cute doesn’t work well when death is on the other side of the door.

Anyway, this episode didn’t work for me. Not at all. From the tired storyline to Beckett’s wimpy side, to the writers giving Lanie stupid things to say, to Castle’s out of character willingness to leave Beckett at a time when she needed him most, to the lack of emotional connection between two people who’ve finally established a relationship after years of longing for each other. And that, my friends, is not what I call believable make believe.

To me, this one was a bit squirrelly. 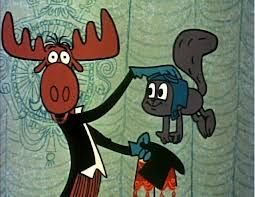 * Special note to our friends over at Television Without Pity – Someone there wrote: “It’s Hollywood. It’s all fictional. Things are twisted for storytelling purposes and time constraints. It’s not a real-world bible…To make it an issue after finding it out just seems like I’d want to find shortcomings.”

That’s my point, exactly. Believe me, as a fiction writer myself, I truly understand how it works. But this review is written at the requests of other fiction writers who don’t want to make the same glaring errors in their books as they so regularly see on Castle. I, like the viewers at TWoP, watch the show for enjoyment. Still, the show has taken a definite downturn lately, and that’s not due to the shoddy police procedure and forensics. And, thanks to the TWoP folks who stop by each week. You have a great forum.