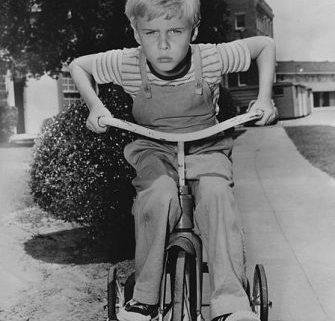 I fondly remember the good times, back when stores stocked large glass jars filled with various pieces of brightly-colored penny candy and two-cent sugar cookies. When Dr. Pepper was a treat. Sticks were used as guns, horses, baseball bats, and farm implements to pull behind imaginary tractors. Boys played hard and long, until rings of sweat and dirt formed circles around their necks. Girls wore Saddle Oxfords and dresses. And Dennis “The Menace” Mitchell nearly drove good ‘ol Mr. Wilson to the loony bin.

The lunch counter at the drug store offered full-dressed hot dogs (mustard, cole slaw, and chili) for a quarter. For an additional nickle you could get a glass of Coke, and, if you asked nicely, the clerk would add a generous squirt of cherry flavoring.

Ginger Ale, chicken noodle soup, and a chest smeared with Vicks was what your mom gave you when a cold settled into your body. 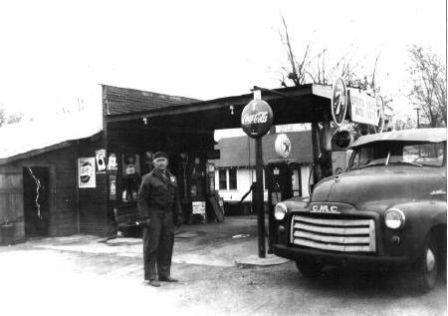 We wore hand-me-downs and our mothers saved Green Stamps. The A&P was the grocery store, and the guy at the gas station pumped your gas, checked your oil (which was almost always a quart low), and cleaned your car windows. Our “company” dinnerware came from inside detergent boxes, and we found real toys buried deep inside boxes of cereal and Cracker Jacks.

Eggs came from chickens, not the supermarket. And we found bottles of milk on our doorstep. My grandfather drove a truck, delivering blocks of ice to homes all across town. My grandmother worked in town, at a Five and Dime store that sold little white bags of cashews that were kept warm in a glass case heated by a bright light bulb.

My father worked as a bookkeeper at the time, and I was fascinated by the speed his fingers flew across the push-buttons on the mammoth-size adding machine sitting near the corner of his desk. After each succession of numbers he entered, he’d pull down a large handle attached to the side of the machine. Sometimes, he’d let me pull the handle. I didn’t know what purpose it served, but it was fun to do just the same.

My mother was a stay at home mom whose main purpose in life, I thought, was to keep us fed and healthy. She also washed our clothes and dishes. In her spare time she filled little books with Green Stamps, painted by-the-number pictures, worked crossword and jigsaw puzzles, and relentlessly watched her soaps. The Edge of Night was, I believe, an addiction she couldn’t shake.

AM was the only option on the radio, and black and white TV’s were equipped to receive only 13 stations. We were lucky if we got four of the thirteen, and that was only when a rainstorm was approaching. The only ceiling fans were in businesses. Some stores, though, boldly advertised “Ice Cold Air Conditioning Inside!” 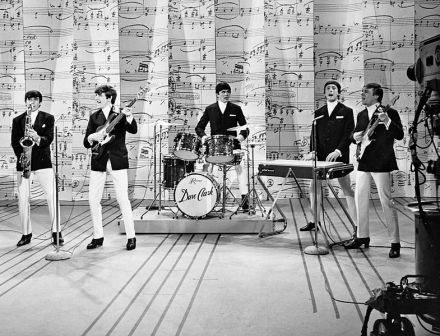 The Beatles and The Dave Clark Five appeared on the Ed Sullivan Show, and I remember my father thought their music was ridiculous. My mother, though, thought they were cute (she remained, however, a devoted Elvis fan until the day she died). There was The Lone Ranger, the Mickey Mouse Club (RIP Annette), Lassie, and The Rifleman, and, of course, Steamboat Willie, the original Mickey Mouse.

My great-grandparents lived on a farm with no running water, no bathroom, and no heat. They cooked and stayed warm by using a wood cook-stove in the kitchen and a potbelly cast-iron stove in the “settin’ room. Metal grates between the downstairs ceiling and the upstairs floors allowed an occasional puff of warm air to rise through, offering a scant bit of warmth to the rooms above. During the winters the adults piled so many layers of heavy patchwork quilts on us that we were practically immobilized for the duration of the night.

The days were much longer back then, or so they seemed, and we occupied our time with bike rides to the creek to catch crawdads, or we’d make the long trek through the woods and to the vast field of tall, dry grasses and wildflowers, where the evil witch lived in the Bates-Motel-like house that stood in the center of the meadow. Well, we all fantasized that surely only a witch would live in such a spooky, weathered dwelling that was in desperate need of whitewashing. None of us ever saw her, though. Actually, in all the times we stood there watching the house, we never saw any sign of movement whatsoever. But we knew she was there, and we knew if we’d taken a single step closer she’d have zapped us into oblivion. That, we knew for certain.

We, the kids of my neighborhood, had no qualms about walking to a friend’s house, even if the friend lived on the other side of town. Sure, we’d have to cross the concrete bridge over a muddy river, and we’d have to make our way across a few busy streets. Sometimes, our imaginations led us astray, forcing us to wander down to the riverbank where we’d see who could skip a rock the most number of times across the water’s surface. The longest skip also won accolades from those who hadn’t quite learned the art of locating “the” perfect skipping rocks. But boredom would set in and we’d soon be back on our way.

Since the drugstore was the halfway point in the trek, a stopover to check out the latest Batman, Superman, and Archie comics was a must. We’d enter the store through the front, but we exited through the back so we could see the men coming and going to and from the back alley poolroom. The place was off limits to women and kids, which made it a challenge to sneak peeks inside when someone, a banker, the owner of a retail clothing store, or even the local sheriff, opened the door. The sounds from inside were thrilling to us, because we knew they weren’t intended for our ears. So we savored the “clacking” of breaking pool balls, men swearing, deep, rumbling laughter, and the country-croonings of Hank, Buck, Dollie, and Willie streaming non-stop from a juke box.

We’d stay out all day playing with our friends—football, army, cops and robbers, baseball, and all the other things boys did before there were computers, video games, and widespread school shooters, child rapists and murderers, kidnappers, and the like.

We were at home before dark. We took a bath. Ate dinner. Watched a little TV, listened to the radio, read our ten-cent comic books and Hardy Boys mysteries, drew pictures, and went to bed at a reasonable hour. The next day we’d start all over again, without worrying that someone was going to explode a bomb at the finish line of our foot-races. We weren’t concerned that someone would shoot the neighbor’s baby in the face. There were no drive-by shootings where our grandfather was wounded while seated in his favorite front porch rocker.

Kids felt safe in school. Police officers were our friends and protectors. We didn’t call them names or throw things at them.

I’d only seen a couple of guns—the ones carried by police officers and the .22 my grandfather kept for shooting rats at the feed store (the owner paid him five cents for every rat killed). Sure, lots of people owned them—guns, not rats, but they used them responsibly.

Walter Cronkite never once reported about some wacko killing people and eating their body parts.

We didn’t hear vile language on the radio or TV. Soldiers and cops were our heroes. So were our hard-working parents. 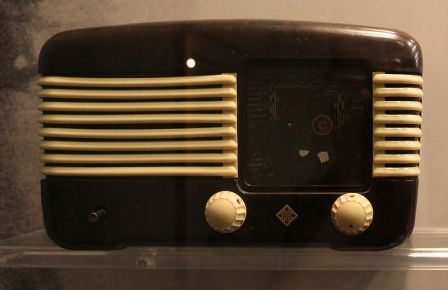 Teens didn’t kill their parents. Teens didn’t rob old folks and then knock them to the ground.

We didn’t hear of murder-suicides nearly every week. People didn’t simply walk into a school and start killing kids.

No one was pushed in front of moving trains.

There was no worry about poison in restaurant food.

Families ate meals together, and it wasn’t fast food.

School was for learning, and we did. Kids didn’t feel as if the teachers owed them a passing grade for merely showing up. We had to study and work for good grades. And teachers were the bosses, not the students.

Being a U.S. citizen truly meant something back then, and we weren’t afraid that some half-crazed man-kid in North Korea would start lobbing nuclear-tipped missiles all over the globe.

We didn’t worry about suicide bombs.

Pressure cookers were for cooking, not killing.

We didn’t see people blown to bits on our own precious soil.

Sure, there was a time when I felt safe.

But it’s certainly not today.

And, unfortunately, tomorrow’s safety is not guaranteed. 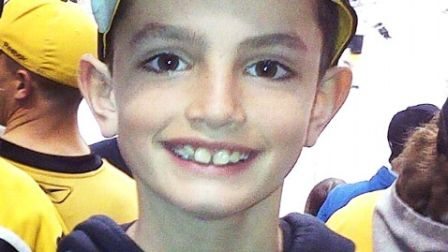 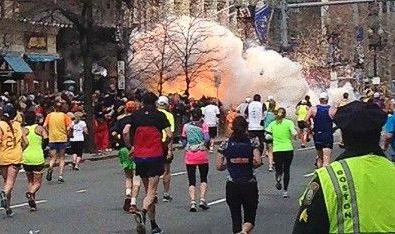