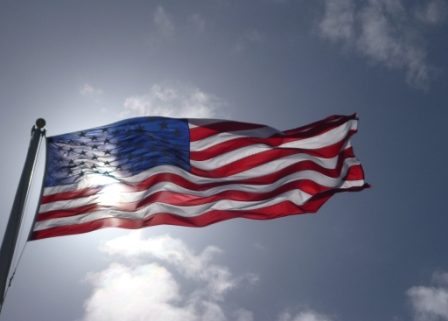 Before we begin our review of last night’s Castle episode, Melanie and I would like to take a moment to express our condolences to the families of those who lost loved ones in yesterday’s bombings in Boston.

Our thoughts and prayers are also with the injured. I know it’s a difficult and horrifying experience, but you are in extremely capable hands at each of the Boston hospitals. The medical staff there is second to none. The same is true for the Boston law enforcement, EMS, fire services, and other first responders.

I know the officials in the great city of Boston will not rest until they capture the animal(s) responsible for this senseless attack on innocent men, woman, and children. After all, to live in Boston is like being a part of a very large extended family. You mess with one, you’ll deal with all. 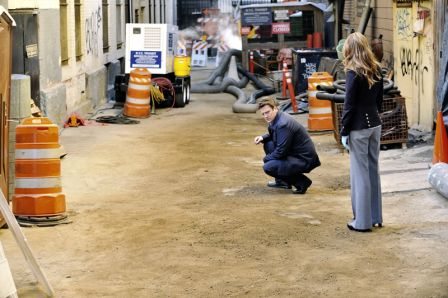 Castle was good, light-hearted fun last night, and to see Castle attack the “Bigfoot scenario” as a playful adult/child was exactly what the doctor ordered after such a trying day yesterday. The funny thing about a Bigfoot sighting in the Big Apple is that no one would think twice if they did see the creature roaming the streets and lurking in alleyways. They’ve seen worse, believe me. And, actually, it’s not the first time a hairy giant has been seen in New York City. Or have you all forgotten the day that… 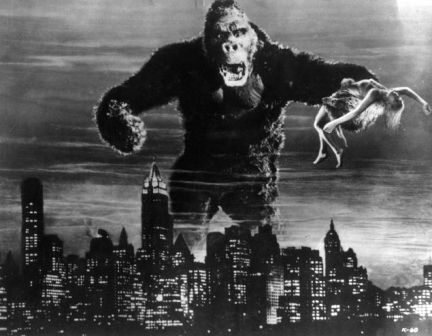 Anyway, let’s get down to business, the review. Melanie…

Like classic Castle episodes that will make you smile? If so, this one’s for you. The plot moved quickly, starting when someone dumps the victim of a mauling at the entrance to a hospital emergency room. Our dynamic duo and the rest of the cast gives us lots of fun moments despite the gravity of the murder, complete with a sweet Caskett scene in Rick’s bed that is rudely interrupted, along with plenty of his silly theories about the killer.

After the opening scene at the hospital, we get a glimpse inside the loft right after Rick discovers food is missing from his refrigerator. We don’t hear any more about this until much later, however, because his fascination with Bigfoot — and his certainty the creature murdered the woman who is now lying on Perlmutter’s table — take center stage. Ridiculous? Yes. Ridiculous… and funny.

The victim worked at a center that studies primates, and at first the team wonders if one of the beasts there killed the woman and perhaps one of the workers brought her to the hospital for help. CSU finds no evidence of murder at the facility, however, so they aim their investigation in another direction. Bigfoot? Castle believes the creature is the culprit. I cracked up at some of his weird speculation, and especially when he slapped the picture of Bigfoot on the murder board.

They hit a dead end in the case, so they stop for the night and Kate goes home with Castle. The sweet Caskett scene happens as they’re climbing into his big bed together. Kate marvels at how Rick believes in everything: Bigfoot, zombies, ghosts, etc., and he questions what she believes in. Turns out she’s more thrilled with the mundane and the important moments in life — real life — and in good music and happy times. She also believes more in them, as a couple. Then they kiss… or rather, they start to kiss but jump apart when a loud bang echoes through the loft.

“Someone set off my trap!” Rick cries as he throws off the covers, leaps out of bed, and grabs a tennis racket to use was a weapon. Kate follows him into the kitchen — and together they startle Alexis, whose face is bright blue from a dye bomb rigged to the refrigerator. She flees before Rick can find out why she’s pilfering food to take back to the dorm.

The next day at the precinct, Kate and Rick discover the victim often frequented a wildlife preserve in a remote part of the state and decide she must have been murdered there and not in the city. So they go to the preserve to look for evidence. Rick and Kate alone in the woods? Rick’s outfit is enough to blind anybody. He dons a hunter orange shirt, camo overalls, and a camo hat — and he might as well have skipped the camouflage. Even that shirt doesn’t help, though. He and Kate still wind up in a pit.

Kate finally manages to climb out of the pit and can’t help but draw a comparison to Rick’s having trapped Alexis to his being stuck in the pit as she goes for help. He isn’t amused — and while she’s gone, Bigfoot appears at the edge of the pit. Kate returns and aims her gun at the beast, and he falls into the pit with Rick. A silly, but fun moment. Of course, the creature isn’t really Bigfoot. The guy in the furry suit is actually searching for the real Bigfoot, if there is such a thing — and he didn’t kill their victim. No, he was only another red herring in a long string of red herrings.

They finally locate the real killer and prove Bigfoot had nothing to do with the woman’s death. I found that moment rather anticlimactic, and frankly by that time I didn’t really care if they found the killer or not. I did, however, have fun getting to that point.

Once Rick and Kate solve the case, Rick confronts Alexis about the missing food and learns she had no money to buy any because gave away her allowance to what she believes is a worthy cause. He isn’t upset. No, he backs her play and asks why she didn’t say anything. What a sweet father-daughter moment. I would’ve liked for Kate to be there with them, but I still enjoyed this scene.

Next week’s show, Still, looks like a nerve wracking one, and it’s not even the finale. No, it’s actually an extra episode ABC added after Marlowe and company already had the season mapped out, so they had to write fast and wound up with a tense episode that focuses on the history of the Caskett relationship. Bring tissues to watch this one, folks.

Not much to pick apart in this investigation, so I’ll dive right in at the moment we see Perlmutter, who, by the way, looked as if he’d smeared on a bit of bright pink lipstick before appearing on camera. I found it to be a bit distracting and caught myself wondering if he was also wearing heels. And, if so, were they taller than Beckett’s? 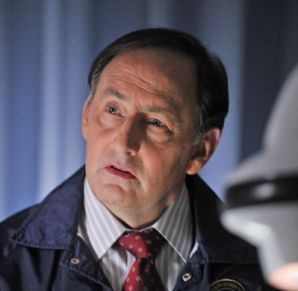 The pink was far more vivid in HD

Anyway, as always, Perlmutter delivered his M.E. information in a believable fashion, with the exception of warning Beckett that viewing the victim’s body would not be for the faint of heart. That was a bit odd, especially to be warning a homicide detective who sees much worse on a regular basis.

I mean, be for real, this woman’s head was still attached, her insides weren’t hanging off the table, and each of her limbs were attached to their proper attaching points. So this body was a real peach compared to many that homicide detectives see.

For example, I once arrived at a murder scene where the killer decided that a head was not the proper storage container for a human brain, so he used a machete to hack and hack and hack at his victim’s skull until he was able to remove the brain in one piece. Then he plopped the organ on the floor next to him while de-boning the rest of the remains. Now that was one where a “faint of heart” disclaimer would’ve been extremely handy.

The victim of the week worked at a sort of retirement home for primates. As soon as I heard this and saw the facility, I immediately thought of author Sara Gruen (Water For Elephants and Ape House). If you have not read these two books, then please do yourself a favor and pick up a copy. 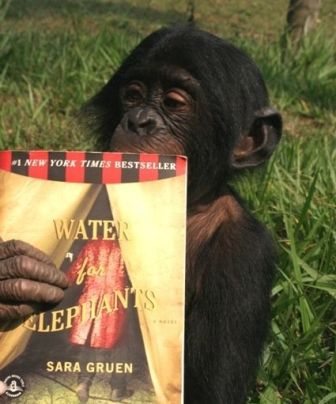 So…as I stated earlier, there wasn’t a lot of police procedure to point out this week, but I would like to point out the crime scene photography where the tech placed “scales” beside the footprints before snapping the images. This is done to show size. Without the scales the images would pretty much be meaningless as far as providing information about shoe size, etc.

* Sirchie is a proud sponsor of the Writers’ Police Academy *

Perhaps you guys can help me with something this week. The scene where Beckett and Castle fell into the hole/Bigfoot trap was a bit puzzling. Is there a remote section of woods in the deepest, darkest boroughs of NYC that’s only accessible on foot, and that’s so dense you could only find your way around by using a GPS device? If not, then Beckett was way out of her jurisdiction. And, why would she go alone with only an unarmed mystery writer as backup?

I don’t know about you, but this is what came to mind the second I saw Castle on his deep woods quest to locate Bigfoot. 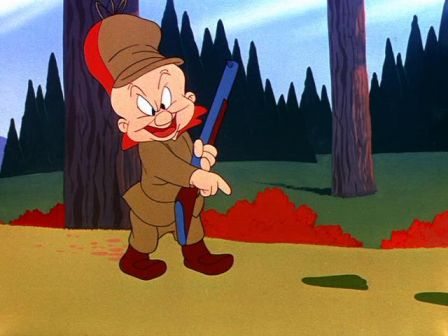 By the way, the sight of Bigfoot in handcuffs was priceless!

And, what’s with Alexis? She’s a grown, adult woman acting like a 12-year-old kid. It’s time the writers let her grow up. Remember this scene (below)? She’s not a little kid.

And enough of the whining!

Okay, since there wasn’t a lot for me to do this week, lets take a look back at a couple of my favorite lines from the episode.

Castle to Beckett when Bigfoot fell into the hole beside him – “Shoot it! What are you waiting for!”

Castle to Beckett – “It all adds up to one thing, she was killed by Bigfoot.”

Someone, I don’t remember who, said, “You’re saying someone framed Bigfoot?”

Diggins to Beckett, letting her know she had the wrong suspect – “You’re squattin’ in the wrong bush.”

One last thing…how many of you picked the killer the moment he appeared on screen? Yes, they make it far too easy.

And, since this episode featured great apes… 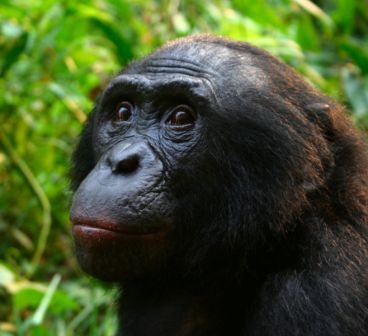 Sara Gruen would really appreciate it if you’d take a moment to visit her friends at Lola Ya Bonobo—The Sanctuary.

There Was A Time When I Felt Safe
Scroll to top