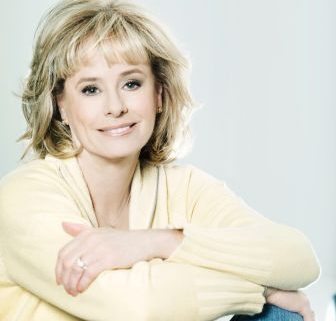 Kathy Reichs’s first novel Déjà Dead catapulted her to fame when it became a New York Times bestseller and won the 1997 Ellis Award for Best First Novel. Her other Temperance Brennan novels include Death du Jour, Deadly Décisions, Fatal Voyage, Grave Secrets, Bare Bones, Monday Mourning, Cross Bones, Break No Bones, Bones to Ashes, Devil Bones, 206 Bones, Spider Bones, Flash and Bones, and Bones Are Forever, in addition to Virals and Seizure, two young adult fiction novels following the adventures of Temperance Brennan’s niece. Dr. Reichs is also a producer of the hit Fox TV series, Bones, which is based on her work and her novels.

From teaching FBI agents how to detect and recover human remains, to separating and identifying commingled body parts in her Montreal lab, as a forensic anthropologist Kathy Reichs has brought her own dramatic work experience to her mesmerizing forensic thrillers. For years she consulted to the Office of the Chief Medical Examiner in North Carolina, and continues to do so for the Laboratoire de Sciences Judiciaires et de Médecine Légale for the province of Québec. Dr. Reichs has travelled to Rwanda to testify at the UN Tribunal on Genocide, and helped exhume a mass grave in Guatemala. As part of her work at JPAC (Formerly CILHI) she aided in the identification of war dead from World War II, Korea, and Southeast Asia. Dr. Reichs also assisted with identifying remains found at ground zero of the World Trade Center following the 9/11 terrorist attacks.

We are extremely excited about our 2013 lineup of superstar speakers and experts, including keynote speaker Lisa Gardner, and special guests Dr. Kathy Reichs, and Dr. Dan Krane. Each year we shoot for the moon, hoping to bring you the best talent available, and doggone it, we deliver.

We’re also excited about the top-of-the-line team of expert instructors we have on board for the 2013 Writers’ Police Academy. We have lots of new workshops and hands-on sessions in store for you this year. And, as always, the action is nonstop…and FUN!

Registration is scheduled to open in February (updates to the WPA website are in progress). Please keep in mind that space for the WPA is extremely limited, so register early!

*The winner of the “Name The Speaker” contest is Elizabeth Bryant, for being the first person to correctly guess Kathy Reichs. Congratulations, Elizabeth. Your prize, a free driving simulator session, will be waiting for you at the WPA!