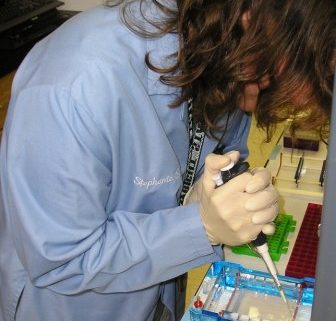 Due to the discovery of new and advanced technology, changes in the way crimes are solved occur almost daily. And it’s imperative that investigators keep up with the rapidly evolving tools and methodologies. However, sometimes those advancements come so quickly that police and forensics officials barely have time to learn one technique before it’s replaced by something new. Here are a few examples of the rapidly changing world of forensics in January 2013.

1. A home invasion in Ohio resulted in one of the suspects being bitten by the family’s pit bull. The fleeing suspect then shot and killed the dog before making his escape. In years past, the thug might have gotten away with his crime, however, quick-thinking detectives swabbed the inside of the deceased dog’s mouth, had the lab run a DNA test on the sample, and presto…they got a hit on the suspect whose DNA just happened to be in the database.

2. Ima Getaway is a blue-eyed, blond thug who loves breaking into homes while the residents are away. And he’s a regular Houdini when it comes to making his escape. In the past, authorities hadn’t located a single clue at any of Getaway’s crime scenes, not even a partial fingerprint, or fiber. Recently, however, detectives discovered a cigarette butt in the bushes beside a home where a burglary occurred. But, as luck would have it, there wasn’t enough DNA on the butt to get any sort of hit.

However, thanks to a new DNA-based discovery by scientist Manfred Kayser of Erasmus University Medical Centre in the Netherlands, they were able to narrow their list of possible suspects to only people with blue eyes. You see, Kayser’s new test, IriPlex, examines single nucleotide polymorphisms (SNPs), which are linked to what, you ask…yep, eye color. And the test provides enough accuracy that police will soon be able to zero in on suspects due to the color of their eyes, even from a faint trace of DNA left on behind on a discarded cigarette butt. By the way, this test can also detect hair color, ancestry, and gender, with surprising accuracy.

3. Computer scientist Lior Shamir of Lawrence Technological Univ. in Southfield, Mich. has devised a way of using an MRI-based scan of the knees to identify individual people. That’s right, like fingerprints and DNA, our knobby knees are uniquely ours. Therefore, when used in conjunction with other identifiers, such as passports and iris scans, bad guys will have a much more difficult time when attempting to slip through airports and other secure areas.

4. Thanks to new software called Image, along with a DICOM displayer called K-Pacs, scientists are now able to determine the age and sex of a corpse, and the test, so far, has proven to be 95% accurate.

5. A new chemical process developed by researchers at North Carolina State, enables scientists to successfully prove that two fibers share dyes and impurities, or not. In other words, they can positively match fibers (dyes and other compositions) found at a crime scene to their source, such as a particular carpet, blouse, etc.

Well, there you have it, a few of the new crime-fighting tools that are available to your protagonists, or to your fictional crime labs. And, speaking of laboratories and crime-fighting, I’d like to introduce you to Dr. Dan Krane, one of the special guest speakers for the 2013 Writers’ Police Academy (I won’t make you guess this one!).

Dr. Krane is a world renowned DNA expert who’s often called upon to testify in criminal cases around the world. 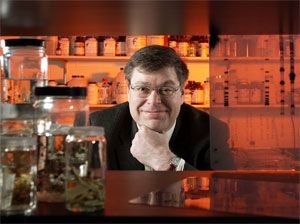 He has published over forty peer-reviewed papers in the areas of population genetics and molecular evolution and is the lead author of the best selling undergraduate textbook in the field of bioinformatics (“Fundamental Concepts in Bioinformatics”). His research group has developed techniques that allow quick and precise measurement of the amount of genetic diversity that populations harbor at the molecular level. Many of his publications are directly related to forensic DNA testing, particularly in the areas of using DNA profiles to generate investigative leads (i.e. familial searching) and increasing the objectivity and sensitivity of current DNA typing methodologies. He has testified in more than 100 criminal cases (in more than 20 different States as well as in Australia, Belfast and Oxford Crown Court, and the Central Criminal Court in London) since 1991 as an expert for both the prosecution and defense in the areas of population genetics, molecular biology and bioinformatics.

Krane is also the president and a co-founder of Forensic Bioinformatic Services, Inc (www.bioforensics.com) where he has overseen the development and implementation of software designed to automatically and objectively review STR DNA testing results. Two different governors of the Commonwealth of Virginia have appointed him to Virginia’s Scientific Advisory Committee – a blue-ribbon panel of 12 experts that oversees the policies and practices of Virginia’s full-service Department of Forensic Science. In that capacity he has chaired the Virginia’s subcommittees on familial searching and Y-STR validation and testing protocols.

Now for clue #2 in the “Name The Special Guest Speaker” contest.

2. Loggerhead Island, on a stone ledge, twenty feet above the Atlantic Ocean. That’s where this author’s latest book begins.

*To refresh your memory, here’s clue number one again:

Clue 1#. I’ve vowed to keep this name to myself, so, unless you guess correctly, I’ll have to take the secret to my grave. I promise, though, you won’t have to dig very deep to find this author’s New York Times bestselling thrillers.

*Remember, send your guess to me at lofland32@msn.com. DO NOT post your answer in the comments section of this blog!  Doing so will automatically disqualify your entry.

The first correct answer receives the free Driving Simulator session at the 2013 WPA. The session is for the winner of this contest only, and is not transferable. There is no redeemable cash value.

We will announce the contest winner on Thursday 1-31-13.