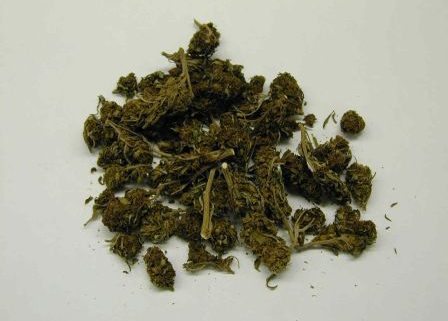 The fight over medical marijuana is a battle with several fronts. Many states and local governments have chosen to legalize the drug’s use to help alleviate pain associated with disease, and as treatment for cancer, AIDS, glaucoma, and other conditions. The federal government, however, has classified marijuana as a Schedule I drug, in the same category as heroin, methamphetamine, LSD, Ecstacy, and Methaqualone (Quaaludes)—drugs having no medical value—and, as a result, do not recognize local authority to legalize pot use and sale.

To say the local governments and the feds have butt heads over the issue would be putting it mildly. Instead, the two are basically at war, with local officials giving their stamp of approval on medical marijuana stores, only to find the feds (the three-letter law enforcement agencies) kicking in the doors of those very same businesses.

Well, those three-letter agencies, backed by the U.S. Attorney General, have armed themselves with a very subtle “bomb.” Now, in addition to “door-kicking” raids, the feds are targeting the landlords who own the buildings where medical marijuana businesses are housed.

Federal law enforcement officials are putting the squeeze on those property owners to evict their pot-selling tenants or face losing their real estate through a civil asset-forfeiture program. As recently as this month (June, 2012) federal prosecutors have filed to seize three such buildings in Santa Fe Springs, California. Which three businesses is not clear since the selection there is many. For example, a quick online search turned up these medical marijuana dispensaries in the Santa Fe Springs area. 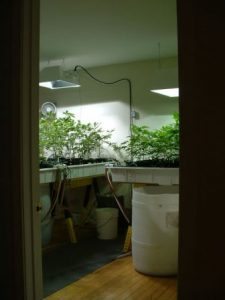 Federal prosecutors have also sent out hundreds of letters to other property owners giving them the option of booting their tenants or face losing their property in civil proceedings (civil-forfeiture statute allows the government to seize any property used to commit or facilitate drug trafficking).

This method of enforcing federal law (mailing property-seizure notices) is far less expensive than sending a raid team over to each location to kick in their doors, bag and tag all evidence, haul it away, store it, and then have officers and agents, prosecutors, judges, jurors, clerks, bailiffs, and defendants in court for weeks at a time. So far, over 200 landlords have complied with the notices by evicting their pot-selling tenants.

Another tactic used by the feds is to scare banks into not doing business with medical marijuana outfits. By threatening those institutions with civil actions, many marijuana companies have been forced to operate on a “cash-only” basis, much like street dealers.

And all this comes just a few short years after presidential candidate Obama promised he would respect state laws regarding medical marijuana. Well, not only is he targeting medical marijuana dispensaries and the people who own the property, his administration has:

– denied a petition to re-classify/reschedule marijuana despite evidence that the drug does indeed have medical value.
– issued a statement that says medical marijuana patients may not purchase firearms.
– the IRS is going after pot providers based on obscure drug trafficking laws.
– prosecutors have threatened to arrest state employees for enforcing state laws regarding medical marijuana.
– threatened to target newspapers that run ads for medical marijuana businesses.

I’m not saying that I’m for or against the legalization of marijuana. What I am asking, is…why not? Why the big push against something that over half the citizens in this country want to see legalized, especially for medical use when it can help a dying cancer patient live pain free during his last days on this earth.

What are your thoughts? Legalize pot use, or not?

*DEA photos. Information source – HuffPo/Scott Morgan – Obama Must Explain His Broken Promise on Medical Marijuana, and Soon…and, of course, my brain and experience, for what that’s worth.

Freek Show: An Interview With The Sinister Minister
Scroll to top