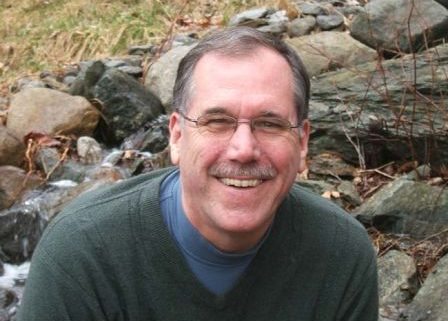 Steve Burt is the author of two award-winning series for adults and teens: the Stories to Chill the Heart weird tales series and the FreeKs mystery/suspense series featuring psychic and paranormal teens. A Congregationalist pastor and a longtime member of the Horror Writers Association, he is the only ordained minister to win horror’s top prize, the Bram Stoker Award (2004); he was also a Nominee/Finalist in 2003. In 2009 Connecticut Magazine profiled him as “The Sinister Minister.”

Lee: Your short story collections fall under horror, but your novels under mystery/suspense. When did you make the switch and why?

Steve: In the 1990s I wrote short stories for magazines because I was pressed for time and eager to get some publishing credits. Once I was established, though, my agent and my new bride pressed me to pursue the long form, the novel. I had no clue as to how to write and sustain horror for a novel, but I was an avid mystery reader. So I plunged in by creating a cast of teen characters with fledgling psychic and paranormal gifts that they needed to develop. Ten kids would go off to camp to learn to use their gifts under the tutelage of three former circus sideshow performers—Bando the hypnotist, Twait the high-diving midget, and Twait’s wife Rose the fortuneteller. But on the way a psychopath kidnapped one of the vans of five teens and hid them away until he could sacrifice them. At that juncture I knew I had to make a choice—either start the actual sacrificing (horror) or start the ticking clock as the safe-at-camp teens and staff tried to track down the bad guy and rescue them (a mystery/thriller). The psychic teens chose the latter path for me. So it’s a mystery/thriller with elements of horror in it, plus elements of the supernatural (ghosts, levitation, spoon bending, remote vision, etc.). The story was too big and too long for a short story, so I had to shift to the novel. And there it was: the FreeKs series was born.

Lee: And what’s in the FreeKs series?

Steve: Two books so far, FreeK Camp (2010) and FreeK Show (2012), and I’m just starting the third, FreeK Accident (2014, but maybe a year sooner). In the second book, half the kids return to Free Camp (the blood-red K is graffiti on the side of the van) the following summer and connect the dots on a series of homicides in three states. What they don’t know is that as they’re using their psychic gifts and their detective skills (solid sleuthing on Google) to uncover the serial killer, he is tracking one of the camp staff and one of the kids.

Lee: The series is gaining popularity with both adult and teen audiences. Why do you suppose that’s happened?

Steve: A lot of adults read young adult and teen novels, particularly in the fantasy/sci fi/horror genre and the mystery/suspense/thriller genre. It’s always been that way. Look at Andre Norton, Ray Bradbury, Stephen King,. The age range of readers for J.K. Rowling’s Harry Potter books is nine to ninety-nine—teens discussing the same books with their great-grandmothers. Same with Rick Riordan’s Percy Jackson series, the Twilight series, and the Hunger Games series. The age distinction is fading in what I call those “dark fiction” genres. Another factor is the writing level. As with Harry Potter, my FreeKs series isn’t dumbed down; it’s written at the adult level, but with teen protagonists and adult antagonists. So adults can appreciate a good mystery or thriller while teens can relate to struggling heroes their own age. And (well-reading) pre-teens seem to enjoy reading about slightly older teenaged characters. There’s something there for everybody.

Lee: You mentioned the late Ray Bradbury, J.K. Rowling, and Stephen King. Don’t you have some connection to those three?

Steve: I have Ray’s signature on three creative writing awards on my office wall. My collection Even Odder was a 2003 Bram Stoker Award Nominee and lost to Rowling’s Harry Potter and the Order of the Phoenix in the finals (but I won the Stoker with Oddest Yet in 2004). And Stephen King was my neighbor in Bangor, Maine while I was in seminary in the early 1980s.

Lee: I see that your FreeKs series has done pretty well in the awards department. Can you mention a few? And do awards make a difference?

Steve: Most are teen and young adult awards, a few for adults. So far it’s two Mom’s Choice golds, the Moonbeam Children’s Book Award, and the London, Paris, New York, San Francisco, Hollywood, and New England Festival awards. There are also three Beach Book of the Year Awards (2010, 2011, 2012) and a Next Generation Indie. I don’t know if they help convince a reader to take a chance on a book—maybe so—but I still rely on word of mouth and return customers (a benefit of series characters). It’s not the awards that keep me going back to the keyboard; it’s reader response and an internal need to create and entertain.

Lee: One last question. Isn’t there another writer in your family who is far better known than you are?

Steve: Ah, apparently you’ve heard of my daughter Wendy Burt-Thomas. Yes, she’s written thousands of articles and a few books, including the Writer’s Digest Guide to Query Letters that everybody relies on. She also writes the daily Ask Wendy blog that lists markets and contests for writers. She and I and two of Stephen King’s sons must have drunk the water in Bangor; we all became writers.

Lee: Thanks so much for your time, Steve. And good luck with the FreeKs series.