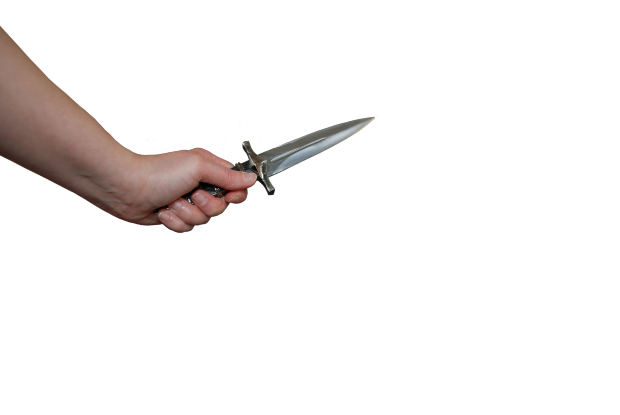 There’s a common sentiment among cops and other people whose business sometimes forces them to “place their hands” on another person. And that opinion is generally that they’d rather be shot than stabbed or cut. I, too, agree.

You see, bullet wounds normally occur quickly and they’re inflicted from a bit of a distance, whereas  wounds caused by edged weapons are sometimes prolonged by an attacker’s repeated strikes. And, the attacker is always close enough for the victim’s senses to become involved, making the experience very personal.

When a victim is stabbed, they often feel the blade as it first punctures the skin. And, since I’ve been stabbed a couple of times, I can relate. You know the sensation you experience when opening a package of meat (chicken, hamburger, etc.)—the “pop” that occurs when the material first yields to the pressure that’s used to tear the plastic wrap? Yep, that’s sort of what it feels like.

And then there’s the interaction with the attacker. He’s often close enough that his victims are able to detect his personal odors, such the lingering smells of cologne, shampoo, soap, his breath (onions, tuna, stale beer, etc.). He may grunt as he stabs and slashes at the victim. He may even talk or mumble to his prey as he inflicts the wounds.

Victims of stabbings feel fear during the attack. They see the weapon coming at them over and over again, and they see the eyes of the person who’s trying to kill them. They sometimes feel hopeless and helpless. There’s time for a full range of emotions to run the gamut.

Civilian stabbing victims (those people who are untrained in defensive tactics) often give up after receiving a couple of wounds. Cops and people trained in martial arts, or even street fighters, probably will not. In fact, their survival training would most likely kick in, therefore, they’d fight even harder at that point. That’s if they even realize that they’d been wounded. In fact, the will to live and to do the job that they’re trained to do is what keeps many officers alive.

I was once dispatched to a bar where the owner called to say that two bikers were fighting and had pretty-much wrecked his establishment. Once inside, it was clear that one of the behemoths was getting the best of his opponent. So, dummy me, I grabbed the one who was winning the fight. As I did, he pulled out a knife and lashed out at me. Long story short, as I was handcuffing him—he was face down on the hardwood floor at that point—I saw quite a bit of blood spattered about. I figured the bad guy had fallen on his knife, so I helped him to his feet (bouncers had the other guy under control), called for EMS, and then begin to search for his wound(s). That’s when someone in the crowd pointed out that it was I who was dripping blood, and lots of it, too.

Apparently, as I reached for and took control of his knife hand, the biker slashed my right palm from the tip of my thumb to the middle of my little finger. 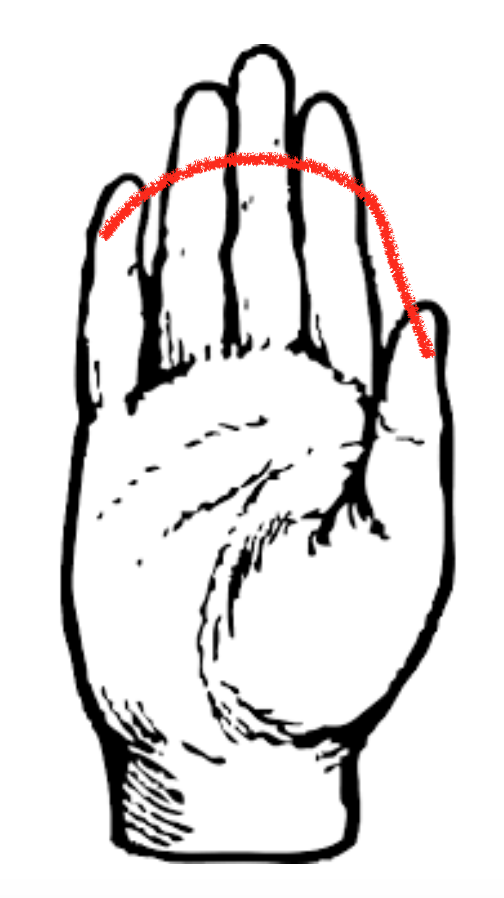 The cut was a serious wound—to the bone. In fact, the flesh of my middle finger could be pulled over the tip of the bone at the end of the digit, like a small glove. I never felt it. Well, that is, I never felt it until I saw it. Then it hurt like all get out. It took several stitches to patch me up that time, and I still have the scar as a reminder. Of course, the scar on the left hand serves as the opposite bookend (another knife incident, but fewer stitches).

It’s the heat of the moment, the will to survive, and the training officers receive that keeps them fighting until they have suspects in cuffs. That’s what cops do. They’re survivors.

So, when writing your story about shootouts, car chases, and explosives, remember, it’s the edged weapons that make most cops cringe. However, they’ll still dive into a pile of knife-fighting bad guys to do their job. That’s why they’re a “cut” above the rest…