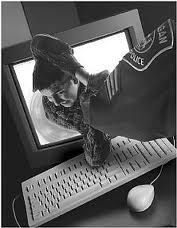 Officers who work child pornography cases often have the unpleasant task of locating and viewing images of children, including infants and toddlers, who have been raped and/or tortured. To make their job more unpleasant, officials sometimes have to sort through hundreds, perhaps thousands, of images of abused children hoping to find a single shred of evidence that could help lead them to the pornographer. And in some cases they’re searching for a child that’s been abducted.

Words cannot begin to describe the scope of this problem. In 2008, workers for the National Center for Missing and Exploited Children (NCMEC) pawed their way through 8.6 million images and videos searching for clues. In all, they’ve reviewed over 23 million images (200,000 per week). And that’s just one organization.

The internet has given perpetrators of this sickening crime easy access to their products—photographs and films of children in various stages of undress, performing sexual acts, and while being tortured. For officers to find those criminals, well, the task is daunting to say the least.

Now there’s software available to help with this overwhelming task. The Bedspread Detector, for one, is an automated Google system that searches the NCMEC databases. The system got its name because it once connected several images and victims because of a certain bedspread used by the suspect. The system now hunts for other similarities in photos, such as tattoos, plants, furniture, clothing, etc. Doing so greatly reduces the number images that normally would have been viewed by officers one at a time.

Another tool, the Financial Coalition Against Child Pornography (FCACP), follows the flow of funds used by the people who pay to view these images. It tracks the payments through credit cards and systems like PayPal, which is a trail for the police to follow. The trail also allows the authorities to shut down the operations. As a result, the use of credit cards to pay for these images is now almost nonexistent. This has also increased the price, which has reduced the number of viewers. What used to cost around $30 per month has now risen to nearly $1,000 in some cases.

Systems such as the Bedspread Detector and others are a huge help in the fight, but officers and other officials will not stop working until all our children are safe.

From the Writers’ Police Academy

WPA instructor Andy Russell is peppersprayed by author Samantha Kane. Andy demonstrates that officers must, and can, continue to function after receiving a blast of the hot stuff. Of course, after he cuffs the bad guy he quickly accepted an offer to lead him to cool water.