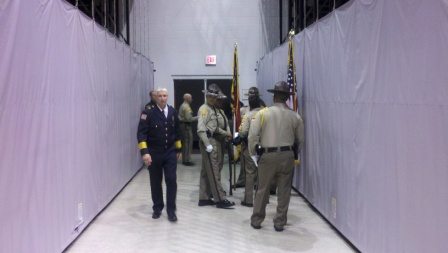 Graduation from a police academy is a moment in life that is forever ingrained into an officer’s mind. The event marks the end of a grueling period of study and intense physical training. And, it’s the beginning of an exciting and rewarding career. For many, that career is the dream of a lifetime.

Last week, Denene and I had the pleasure of attending a police academy graduation in Northeast North Carolina. And to make the event even more special for us, our nephew was one of the graduating cadets.

You’ve all heard me preach about the differences in law enforcement agencies and procedures throughout the country. And, well, police academies and their procedures and rules also differ throughout the country. North Carolina is no exception. In the Tar Heel state, most police officers receive their academy training in community college public safety programs, such as the program where our very own Writers’ Police Academy takes place.

In the North Carolina system, officer-candidates pay their own way, registering for and attending, a college Basic Law Enforcement Training (BLET) program, and many recruits do this before they have a job with a police agency. They do so hoping a chief or sheriff will recognize their abilities and hire them, and many do. Our nephew is great example of how this works. A sheriff hired him when he was halfway through the academy training, which also meant his new boss picked up the tab for his training, and he began paying his new employee a salary while he finished the academy.

In other states, officers are hired by a department and are then sent to the training academy where they’ll receive the required certification to work as a police officer. By the way, a sheriff may appoint deputy sheriffs who can work, including making lawful arrests, for up to one year before attending any training whatsoever.

Anyway, back to the nephew’s graduation… 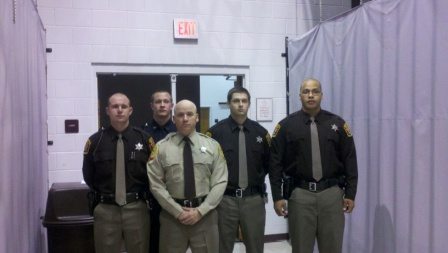 The 41st Academy, consisting of several jurisdictions, began as a class of 21, but only 5 made the cut. That’s right, 16 cadets didn’t make it to the end, dropping out for various reasons—failed academically, couldn’t take the pressure, couldn’t handle the physical training, failed the driving or firearms testing, etc. As a result, as with all police academies, the 41st was left with the best of the best. 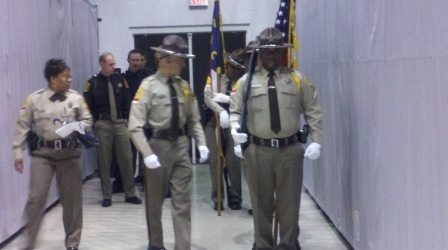 The formal ceremony began with an honor guard’s presentation of the colors (state and U.S. flags). 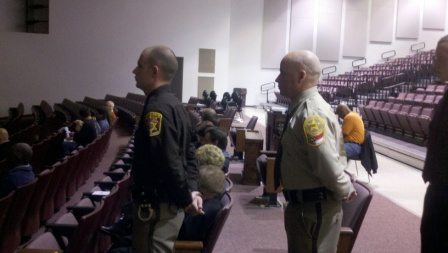 Waiting to march in. By the way, Deputy Massey was represented by four generations of family members—his parents and sister, his grandmother, uncles and aunt, and his 104-year-old great grandmother, were all seated in the audience. 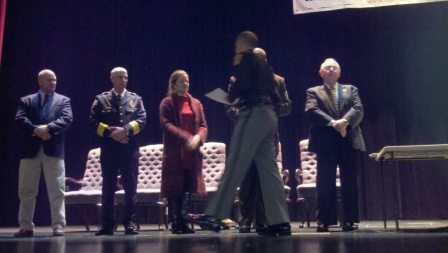 Receiving the certificate from academy officials (BLET coordinator, Dean, President, and academy staff). Awards were also presented for top driver, top shooter, and highest academic achievement. The achievement awards brought back fond memories. I was top shooter in my academy class (I won’t tell the score but it was somewhere between 98 and 100), and I graduated with a GPA of 99.63. Sounds like a great average but even with that score I wound up third academically, out of a class of dozens. 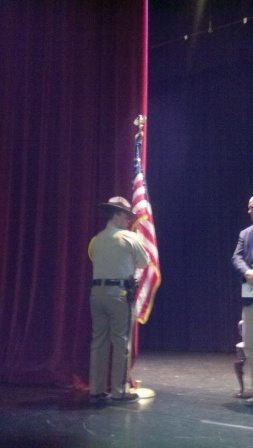 After speeches and words of encouragement, the ceremony ended with the retrieval of the colors… 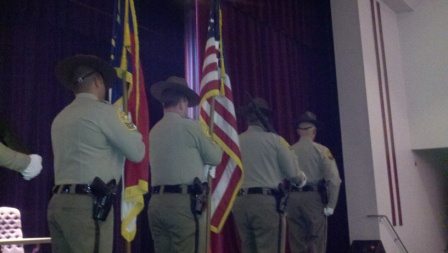 …and with five brand new, certified police officers ready to hit the streets. 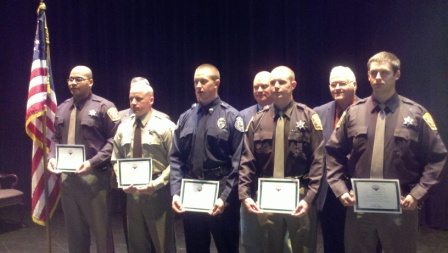 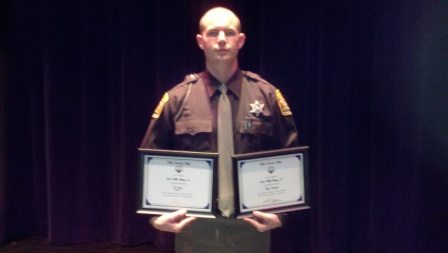 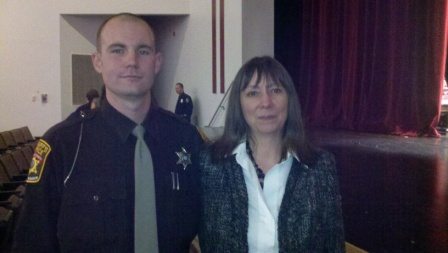 The second graduation was over, Denene and I started in on Deputy Nephew…”Always wear your vest…Don’t take any chances…Don’t trust anyone…Be Careful…Stay alert…” Phillip rolled his eyes and politely smiled as we made our way through the been-there, done-that checklist, and I understood as only another cop could.

*A note to our grandson…don’t get any ideas. The world also needs plumbers, carpenters, doctors, teachers, and writers—hey, that’s a great idea. Writing about cops and robbers is much safer…