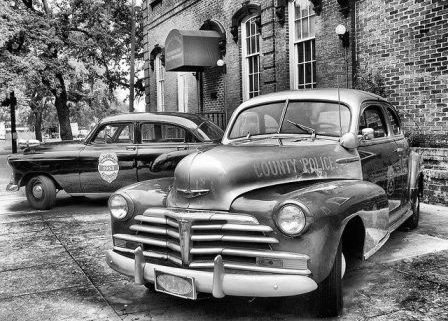 Detectives Slim N. None and Frank Lee Iduncare caught the case of their careers when Captain I. Giterdun assigned them to investigate the murder of one of Savannah’s most popular ghost tour managers, I.C. Spooks.

The two top cops arrived on the scene and found Ms. Spooks’ body (her friends call her Ida, they’d learned) lying in a cobblestone alley just off River Street, near the entrance to the Gulp ‘Em Down Oyster Bar and Rot Gut Drink Emporium. 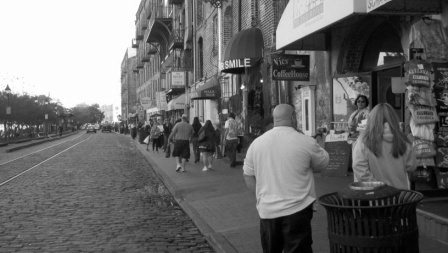 No witnesses and no obvious clues. No weapon and no sign of injury or open wounds. Not even so much as a chipped fingernail. No footprints on the stones. Not a single thing to go on. Well, except for a tiny dot of something reddish brown on the tip of the victim’s right index finger. None said the drop certainly looked like blood. To be certain, though, they’d have to wait for the autopsy report, hoping the M.E. would come up with the impossible. In the meantime, the detectives did what they do best…knocked on doors and asked a lot of questions. In other words, they pestered people until they either talked or slammed the door in the eager faces of the two detectives. The latter being the more common occurrence.

Turns out that it was DNA that solved the Spooks murder case. Below are the possible findings of Savannah medical examiner Y. N. Sizion. Nine of the things listed could be true scenarios. One, however, is not. Do you have what it takes to spot the April Fools finding? Well, let’s see if your protagonist really knows her DNA, or, if her knowledge was gained from watching Castle reruns.

1. After developing a list of ten perfectly possible perpetrators, a positive match to suspect number ten was discovered by matching DNA from the crime scene to the DNA found in a recently-formed dental mold (the suspect was fitted for a new crown the day prior to the murder).

2. The suspect was identified by matching DNA found at the crime scene to DNA found on the mouth opening of a seriously shrunken ski mask located in a overflowing and lopsided clothes basket in the suspect’s apartment.

3. The medical examiner found a single foreign hair (no root) lodged deep in the throat of the victim. DNA found in the hair matched the DNA of one of the suspects.

4. The killer had forced oral copulation on the victim prior to her death. The victim’s DNA matched DNA swabbed from the suspect’s “private part” several hours after the offense. 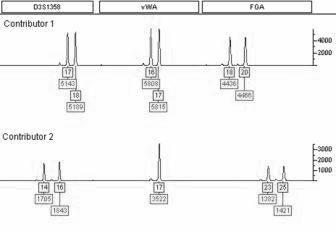 5. DNA found on a cigarette butt lying near the victim’s body matched the DNA of one of the ten suspects. Faced with the DNA evidence linking him to the crime scene, he, suspect number seven, confessed to the murder.

6. Detective Iduncare found a crumpled postcard wedged between the north side trolley rail and a loose cobblestone. DNA found on the back of the card’s postage stamp was a positive match to suspect number four.

7. None and Iduncare were pleased and positively elated when the lab identified suspect number five by matching the DNA found at the crime scene to the DNA extracted from the suspect’s red blood cells. 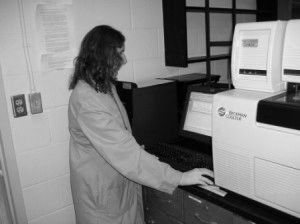 8. A scientist from the lab called Iduncare to deliver the news he’d been waiting to hear…yes, the scientist had indeed discovered DNA on Spooks’ body, but what she’d found was a mixture, meaning there could have been more than one suspect. She went on to say that since her discovery was a mixture, she would not and could not positively include or exclude any one person as a suspect in the crime.

9. Detective None interviewed the Gulp ‘Em Down bartender and learned the poor woman had a nasty cold. She also said that, out of curiosity, she’d walked over to have a look at the body where she engaged in one of the worst coughing and sneezing fits of her entire 27 years on the planet. And, yes, she probably sprayed the corpse with quite a bit a spittle in the process. “That wasn’t a problem, was it?” the pink and green-haired woman asked while using a wadded bar napkin to mop the end of her dripping nose. Detective None learned from the folks at the lab that blowing cold remnants on a dead body could indeed compromise whatever DNA they found.

10. During the testing, scientists found the DNA of several people on the victim’s body, including that of None and Iduncare, who should have worn gloves while processing the crime scene.

After the lab results finally came back, and all was sorted through and pawed at by a team of prosecutors, None and Iduncare were finally able to slap the cuffs onto the wrists of their suspect(s).

And, future ghost tours were proud to boast of a brand new spirit, the recently departed I.C. Spooks, whose ghost could often be seen peering out at tourists from behind windows of various businesses and storefronts along the riverfront. 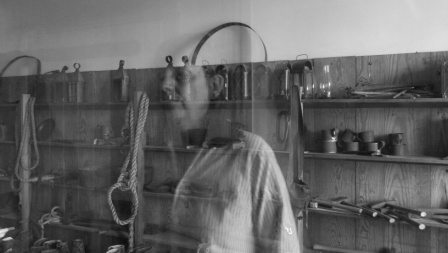 Castle: The Lives Of Others – A Good Cop/Bad Cop Review
Scroll to top