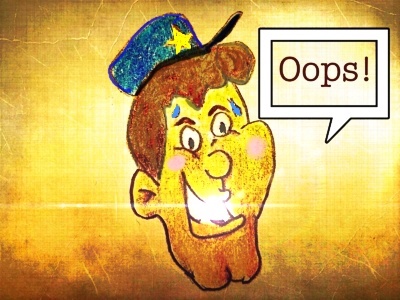 Detective I. Will Gitterdone had a spotless attendance record, never missing a day for sickness in his entire thirty-three years with the department. In fact, in all of his years of wearing a badge and toting a sidearm he refused to soil that record even though on this particular day his fever hovered at 102, and coughing and sneezing fits forced him to spend the majority of the morning with his mouth and nose buried deep into a crumpled and quite yucky handkerchief. His arms and legs felt heavy and his muscles felt as if he’d been trampled by a hundred stampeding wild pigs.

In spite of the aches, fever, chills, and perspiring like a Savannah ditch digger working in August midday sunshine, Gitterdone was busy collecting suspected blood samples (brownish-red stains for the official record) at a particularly brutal homicide scene. He was also spewing misty spittle via alternating coughs and sneezes. His partner, Al Lergictowork, told him he looked worse than bad and asked if he needed a break. Gitterdone promptly turned his head away from Lergictowork to fired off a round of lung-clearing ah-choo’s directly into the large paper bag of already-collected evidence. “No,” he said. “I’ll be okay. Besides, I’m almost done here.”

So, did you notice anything particularly wrong with Gitterdone’s method of evidence collection? Was there anything he should have done differently?

Well, I think it’s safe to say that it might be a good idea to have both Gitterdone and Lergictowork study this list of Crime Scene Do Nots. It would also be wise to have your protagonist take a peek, just in case.

4. Do NOT place bloodstained evidence in plastic bags. Plastic bags and containers can serve as incubators for bacteria, which can destroy, alter, or deteriorate DNA. Rule of thumb—paper bags/containers for wet evidence (blood, semen, saliva, etc.) and plastic for dry evidence.

5. DO NOT collect DNA evidence samples (saliva, blood, etc.) from a criminal suspect without a court order, the suspect’s consent, or under exigent (emergency) circumstances.

6. Do NOT cough, sneeze, exhale, etc. over any evidence sample. This includes talking over a sample. With each word spoken comes your DNA that’s instantly transferred to the evidence.

8. Do NOT use fingerprint tape or lifters to collect bits of trace evidence. The adhesion on print-lifting tape is typically insufficient for picking up tiny bits of evidence.

Finally, number twelve is one that writers should do, and that’s …

12. Attend the 2020 Writers’ Police Academy/MurderCon. We have an unbelievably cool and over-the-moon exciting lineup in store for you. This is an event you will not want to miss!!

Honestly, we’ve outdone ourselves this year. We’ve been sitting on a few exciting secrets about the 2020 event and it’s almost time for the big reveal. So stay tuned, because we’ll soon be releasing the details. 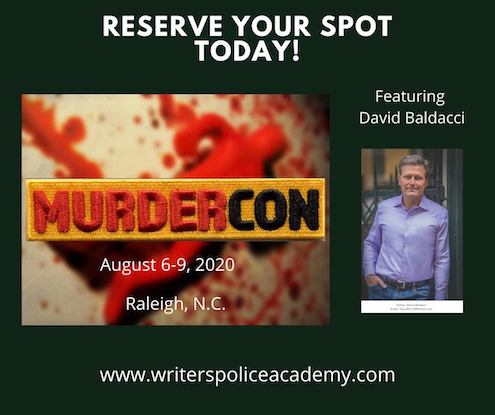 MurderCon is moving forward as planned. We have carefully detailed plans in place for proper social distancing, and we’re furnishing masks. Hand sanitizer will be readily available.

Sirchie, our host, is in the loop with state and local health officials since they’re in the business of making PPE equipment, including hand sanitizer and masks, for 1st responders. Between Sirchie officials and our in-house microbiologist, Denene, we’re closely monitoring the situation and making preparations. Your safety, as always, is our priority.