Good action scenes—car chases, gunfights, and exploding cars and buildings—are great at keeping readers busy turning pages. But, how does your hero survive the barrage of bullets, flames, and KABOOMS?

Are you giving the star of your book a realistic way out of the tough jams you’ve tossed her way? Is what you’ve written a true tactical maneuver or, did you write yourself into a tired old cliche’ corner? You know what I mean—the karate chop to the wrist that forces the bad guy to drop his weapon. How about this doozy … shooting the gun out of the villain’s hand. Yeah, those things. The things that are not only far-fetched, they’re downright silly.

As writers of fiction it is your job and sworn duty to deliver believable make-believe, and having your character(s) shoot the gun out of someone’s hand is far from achieving that goal. So, you ask, how do real-life heroes avoid meeting untimely ends when confronted with deadly situations? Well … 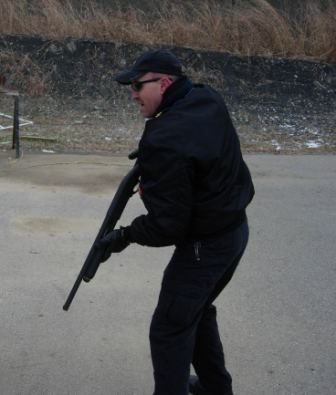 Taking a moment to focus on combat breathing—breathe in slowly for a count of four, hold your breath for another count of four, and then exhale to a third four-count. Count to four and then start all over again. The heart rate should be noticeably lower after a few repetitions. Of course, I don’t recommend taking the time to perform these deep-breathing exercises during a gunfight with bullets zinging by your ears. It’s been my personal experience that “timeouts” are not allowed during gun battles.

Okay, there you have it. So no more silly karate-chop scenes or shooting guns from bad guy’s hands, right? Good. Then you’re all set.

Don’t Write Your Hero Into the Dreaded Cliche’ Corner! 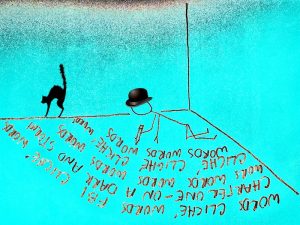 I can’t recall ever seeing an extremely scared, deep-breathing Jack Reacher standing with bright sunlight to his back while walking sideways like crab toward a guy holding an AK-47.

I suppose an occasional fist to the throat, or a boot to the head is permissible, but only if you’re the hero in a Lee Child book. The trouble is, there’s only one Jack Reacher, and there’s definitely only one Lee Child. Well, now there’s Andrew Child, so …