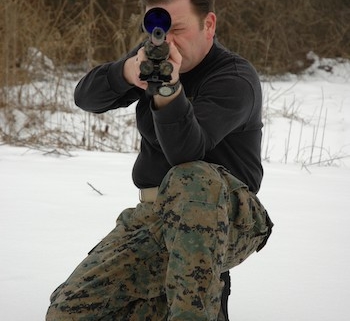 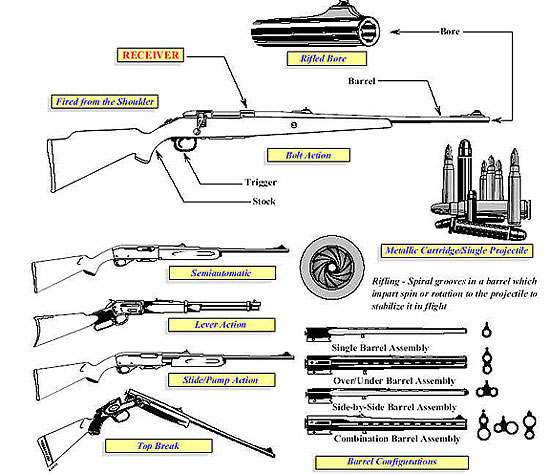 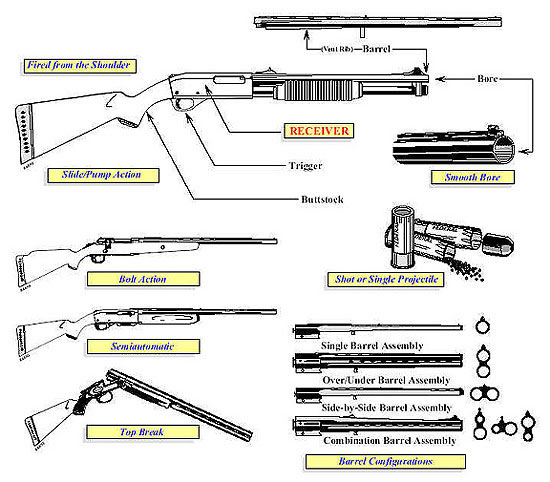 Shotguns with barrel(s) modified to less than 18″ in length are considered as “sawed-off” shotguns.

The term “Firearm Silencer” or “Firearm Muffler” means any device for silencing, muffling, or diminishing the report of a portable firearm, including any combination of parts, designed or redesigned, and intended for the use in assembling or fabricating a firearm silencer or firearm muffler, any part intended only for use in such assembly or fabrication.

*Remember, writers, silencers are not effective when used on revolvers. And, they attach (screw) to a point outside of the barrel, not the inside. – Any weapon which shoots, is designed to shoot, or can be readily restored to shoot, automatically more than one shot without manual reloading, by a single function of the trigger

– The frame or receiver of any such weapon

– Any combination of parts from which a machine gun can be assembled if such parts are in the possession or under the control of a person. *With the exception of the top photo (Graveyard Shift photo), all of the above (text and images) are from ATF (Alcohol, Tobacco, Firearms, and Explosives). Thanks to the folks at ATF for allowing the reproduction and use.