My surgeon ran into a few difficulties so please bear with me. I hope to be back online soon. In the meantime, why don’t you chat among yourselves about the topics you’d like to see covered on The Graveyard Shift. I’ll be checking in tomorrow as often as the pain and fever allows. Thanks for understanding.

WASHINGTON, D.C. — The National Law Enforcement Officers Memorial Fund (NLEOMF) has announced the selection of Detective Sergeant John Jedrejczyk of the City of Passaic (NJ) Police Department as its Officer of the Month for August 2008.

SAN JOSE, Calif. — In an effort to become more visible and approachable, San Jose police officers who patrol the downtown entertainment zone will soon be hitting the city sidewalks on two-wheeled motorized scooters. 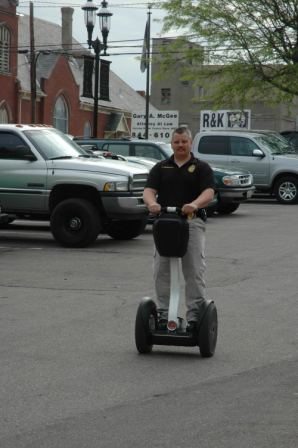 Thanks to Jonathan Hayes for filling in for me while I was unconscious. I’m really looking forward to his next topic.

Surgery Is For The Birds!
Scroll to top