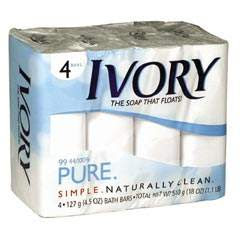 In the days before Tasers, stun guns, pepper spray, and law suits, police officers were often forced to resort to brute strength when taking down unruly criminal suspects. We worked hard in those days, chasing moonshiners, robbers, and killers, and wrestling with hulking redneck guys who fought for the sheer fun of it. We also played equally hard when time permitted. Practical jokes were common among the uniformed officers, especially during the late-night hours and early morning. Hey, we had to stay awake somehow.

I was reminded of those antics this past week when a new friend, a North Carolina officer (I’ll call him Ricky) and I were swapping old war stories. He told me about a practical joke he once played on a fellow officer that involved a patrol car and a live possum. But I’ll save those details for a future blog. My story takes place quite a few years ago when I worked for the sheriff’s office. Our boss, the high sheriff, insisted that we, the patrol deputies, all come in off the road during Sunday visiting hours at the jail. He wanted us to stand by in the event that some sort of weird trouble erupted that couldn’t be handled by the, what I thought was a more than competent jail staff. More often than not, we spent the time hanging around drinking coffee and shootin’ the…well, you know what I mean.

We did manage to accomplish one productive thing during the four-hour visiting period – we had a jail trusty wash our patrol cars. Such was the case on hot Sunday in August when my captain and I caught the extremely boring jail watch. The trusty had just finished washing my car and asked the captain to pull his around to the wash area outside the rear gate. The inmate had high hopes of finishing both cars before afternoon lockdown – the regularly scheduled time of a hot and heavy game of spades.

The captain, seated at his desk, tossed his keys to me and asked me to move the car. He was busy fiddling with his sidearm. He had the revolver out with the cylinder open – six .357 rounds lay on the desk beside a bar of jail soap. I assumed he was cleaning the weapon. I wasn’t sure about the purpose of the soap.

I moved the car and stood outside talking to the trusty – a frequent resident of our jail – while he scrubbed my boss’s car. The prisoner was normally a nice, polite, elderly man who, unfortunately, did stupid things while hanging out with his best friends, Jack Daniels and Jim Beam.

The unsuspecting prisoner had just started to rinse the suds from the gleaming brown police car when the captain opened the rear door to the jail building. He pointed his service revolver at the trusty and called out his name.

The inmate looked up just in time to hear a loud BOOM! The captain Had fired a round and quickly squeezed off another. I heard each round slam into side of the car. The trusty dropped his sponge and ran. When I say ran, I don’t mean that he trotted. He sprinted like he was going for a gold medal. In a matter of seconds he rounded the corner of the complex and was completely out of sight. Gone. I didn’t know what to think. It had all happened so fast. I looked at the captain who was now laughing so hard that tears were rolling down his pudgy cheeks. He turned to me and said, “Soap bullets. It was a joke.”

That explained the bar of jail soap on his desk. He had removed the lead from a few rounds and then pressed the cartridge openings into the bar of soap, filling the holes. Old school non-lethal weapons.

Reality set in quickly. Unfortunately the captain’s cruel prank had resulted in a full-fledged escape from jail. The poor man thought the captain was actually firing live rounds at him. I did too. The captain’s joke had backfired, badly. Now we were faced with a real dilemma. Did we alert everyone to the escape? Start a manhunt? Call out the dogs? The state police?

Then it hit us. We’d have to call the sheriff. Not good. 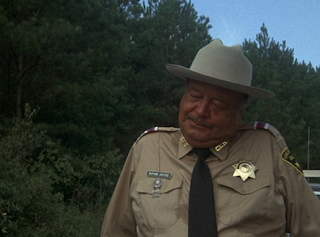 Even though I wasn’t involved, my head would roll just as hard. I immediately pictured myself in line at the unemployment office.

Luckily, before we made any calls we saw the trusty walking across the parking lot, headed back to the jail. The poor man was scared to death, but knew better than to leave for good.

The captain apologized to the prisoner, and as a peace offering bought him a carton of his favorite cigarettes. In fact, the captain supplied the trusty with cigarettes and cold soft drinks for the duration of his sentence.

There was never another soap bullet incident after this one. However, there’s always that thing with the pepper spray and the officer’s restroom… 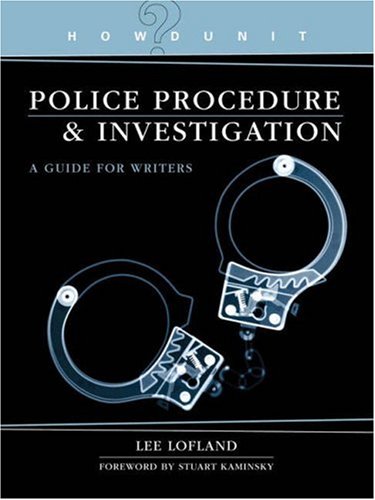 Sleuthing and Survival – Tips From Nancy Drew
Scroll to top