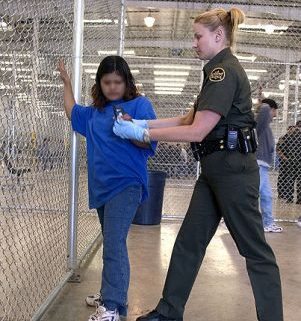 New York City has been feeling the heat for its stop and frisk policy, with many claiming the police department unfairly and unconstitutionally targets people of color. Maybe so, maybe no. I can’t speak to the NYPD’s situation because I don’t know their rules and regulations regarding the encounters. What I do know is that “stop and frisk” is indeed legal and it’s nothing new, not by any means. Here’s how it all began…

In the mid 1960’s, a Cleveland, Ohio detective (his last name was McFadden) saw two men, strangers to the area, walking back and forth in front of a store. On each pass the men stopped to look into the store window. McFadden watched the men while they made a couple of dozen trips past the storefront. After each trip by the business the two men stopped at the street corner to chat for a minute or two. Soon, a third man met the two men at the corner.

Well, Detective McFadden had seen enough to send his “cop radar” into overdrive. He was certain the men were “casing” the place, waiting for just the right moment to rob the store owner. So McFadden approached the three men at the corner, identified himself as a police officer, and then asked for their names. Someone mumbled something but no names were offered. Therefore, sensing things could quickly go downhill, McFadden spun on of the the mumblers around (John W. Terry) and patted the outside of his clothing, feeling a pistol in the man’s coat pocket.

Unable to retrieve the pistol on the street while keeping an eye on all three potential robbers, the detective ordered the men inside the store where he had them face the wall with their hands in the air. McFadden retrieved the pistol from the first suspect’s coat and then patted the clothing of the the other two men. During the searches McFadden located a second pistol. As a result, the three men were detained and taken to the police station. The two men with the guns were charged with possession of a concealed weapon.

On appeal, Terry argued that the officer had violated their constitutional rights according to the 4th amendment (unlawful search and seizure). However, the U.S Supreme Court ruled in favor of the officer, stating that his search was the minimum action required to see if the men were armed, a necessary tactic to safeguard his safety and the safety of others. And, that the suspects were indeed acting in a manner consistent with the probability of robbing the store owner.

Basically, the Court stated that whenever possible and practicable, a police officer must obtain a warrant to conduct a search and seizure. However, an exception must be made when “swift action” is required based on the observations of an officer.

Detective McFadden’s stop and frisk tactic has since been known as a Terry Stop.

Officers may, even without sufficient cause for arrest, briefly detain someone if…

– the officer identifies him/herself as a police officer (either by the uniform and badge, or verbally) and asks reasonable questions regarding the suspect’s current conduct.

– the officer has knowledge of facts that lead them to believe the suspect is involved in some sort of illegal activity.

– the person they’ve stopped does not immediately justify his actions in a manner that satisfies the officer’s suspicions.

Officer’s may conduct a pat-down search during a Terry Stop if they have a reasonable suspicion, based on personal knowledge of facts, that the person is armed. The Terry Stop is a search for weapons. Officers may not, however, go out on “fishing expeditions” under the guise of the Terry Stop. There must be facts supporting their reasons for a “frisk.”

By the way, a pat-down search is exactly as it sounds. Officers may only “pat” the outer surfaces of clothing. They may not reach into a person’s pockets unless they feel a weapon.

There is an exception to the rule, however, and that’s when an officer who has sufficient training and first-hand knowledge of narcotics packaging, “feels” what he/she suspects is a packet of drugs. The officer may then reach into the pocket to retrieve the packet. To do so, the officer must be able to testify under oath, and verify, that he/she has the sufficient experience and training that would give them the knowledge needed to identify narcotics packaging by feel. An example would be an officer who worked undercover or on a narcotics task force. 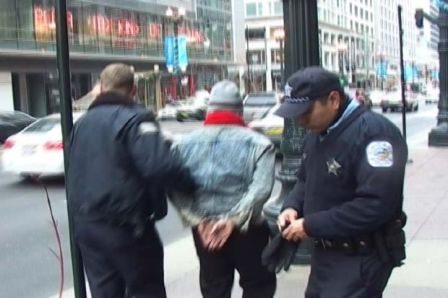 Okay, with that out of the way it’s time to visit New York City and the NYPD’s stop and frisk policy. Citizens are raising a ruckus because they don’t believe the department’s policy meets the standard of Terry v. Ohio, where an immediate action is required by the officer to protect himself or the safety of others. Nor do officers (according to citizen complaints) conduct these pat-down searches based on reasonable suspicion that a crime is about to take place.

Recently, Manhattan Federal Court Judge Shira Scheindlin ruled that the NYPD’s stop and frisk policy is unconstitutional, particularly when it comes to black and Hispanic males. Her ruling, though, does not mean that NYPD officers cannot conduct Terry Stops. What it does mean is that officers must follow the law to the letter and not detain and pat-down people without just cause. A person’s race, by the way, is not just cause.

Honestly, I don’t see the problem. If an officer’s assignment is to patrol a high crime area of the city, then it should be no problem to spot people who’re engaging in suspicious activity—drug dealers, robbers, rapists, car thieves, etc.—, especially in New York City.

I agree, police officers should not target anyone based on the color of their skin. To do so is very wrong. I do think, however, that officers should concentrate the majority of their proactive efforts in areas of the city that experiences the most crime, regardless of the race of the residents there—white, black, purple, or green. To do differently would be like fishing in a small pond. Sure, you might catch a fish or two, but there are far more in the ocean. That’s also where the big ones swim. 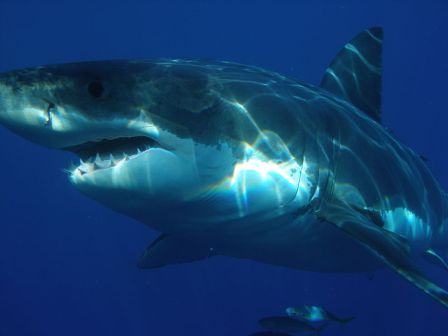 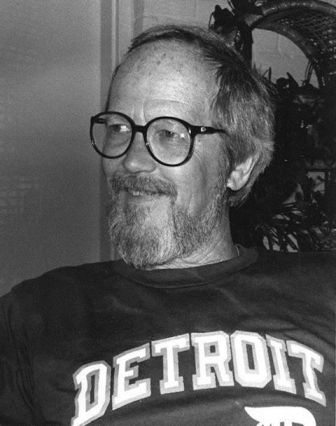 A Pictorial Visit To The Morgue (Warning – Graphic Images!)
Scroll to top