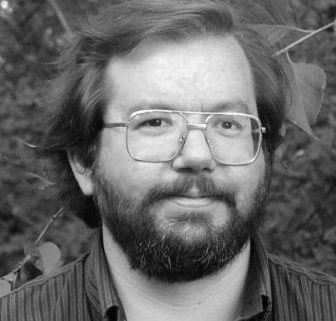 Stephen D. Rogers is the author of SHOT TO DEATH
(ISBN 978-0982589908) and more than six hundred stories
and poems. He’s the head writer at Crime Scene (where
viewers solve interactive mysteries) and a popular
writing instructor. For more information, you can
visit his website, www.stephendrogers.com, where he tries
to pull it all together.

“Miss, can you tell us why you killed Maurice Sting?”
– SMOKING GUN

So begins one of the 31 stories contained in SHOT TO DEATH
(ISBN 978-0982589908). Within that beginning lurks the ending
to the story and everything that happens between the beginning
and the end. Or at least it seems that way to me.

The sentence starts with a “miss” and ends with a “sting.”
Happy endings all around? I don’t think so.

“…why you killed Maurice Sting?” She obviously didn’t miss
him. So maybe she misinterpreted something. Maybe she made
a mistake. Maybe she mis-fired.

“Sting.” A confidence game, a scam. The sting of a bee or
wasp. “O death, where is thy sting?”

I thought the line from KING LEAR included the word “sting”
but find it reads, “How sharper than a serpent’s tooth it is
to have a thankless child.” So the woman’s child is not
ungrateful for what the woman did. Which is something, but
doesn’t make up for a mistake. (Or murder, for that matter.)

“…can you tell us…?” The story will focus on her reasons,
however misinformed. The tension will come the conflict
created between what is known and what is inferred, from what
is said and what remains unsaid.

“…why you killed…?” While the act appears a given, that
could also be a misimpression. Maybe she didn’t kill Maurice.
Maybe she only wanted to kill Maurice. Maybe she’s protecting
the real killer.

A sting is a con. Who is being conned? Who isn’t being
conned? Maurice, we can assume, is actually dead. But maybe
he was no angel when he was alive.

All that remains is the writing.

For a chance to win a signed copy of SHOT TO DEATH, click on
over to http://www.stephendrogers.com/Win.htm and submit your
completed entry.

Then visit the schedule at http://www.stephendrogers.com/Howto.htm
to see how you can march along.

And then come back here to post your comments. Phew. 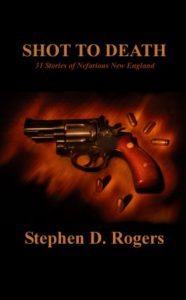 SHOT TO DEATH contains thirty-one stories of murder and
mayhem.

“Put yourself in the hands of a master as you travel this
world of the dishonest, dysfunctional, and disappeared.
Rogers is the real deal–real writer, real story teller,
real tour guide to
the dark side.”
– Kate Flora, author of the Edgar-nominated FINDING AMY
and the Thea Kozak mysteries

“SHOT TO DEATH provides a riveting reminder that the short
story form is the foundation of the mystery/thriller genre.
There’s something in this assemblage of New England noir to
suit every aficionado. Highly recommended!”
– Richard Helms, editor and publisher, The Back Alley Webzine

* Stephen D. Rogers is a good friend and a contributor to this blog, and he’s answered many of your questions from his corner of the police department. Stephen, like so many of you, has also generously donated books for the Writers’ Police Academy raffle.

* Please, please, please register for your hotel rooms! They’re going fast, and I’ve only managed to secure a limited number. There are several other large events in the area the same weekend as our event. The hotel will not bill you for the room until check in. Remember, the hotel is providing free shuttle service to and from the airport, and to and from the academy. They’re also providing free breakfast for registered guests who’re attending the Writers’ Police Academy. All that for a mere $79 per night. I’ve never, ever seen a deal like that at any other writer event.

If you’ve already registered for your room, but neglected to ask for the WPA deal, please call the hotel to make the change. It’s very important that you do so.

* Important Notice – We are very, very close to reaching capacity for the FATS training. So close, I can actually see the last seat in the class. Actually, we can only squeeze in four or five more people at the most. Please register now to reserve your spot! We just added some pretty cool real-life scenarios to this training. I can’t wait to see you guys in these shoot/don’t shoot situations. I was in the FATS room yesterday and learned that you’ll be firing real Sig Sauers and Glocks at your human targets.

I met with the police academy officials yesterday and we’ve added even more to the program. We’ve included a wonderful EMS segment where you’ll have the opportunity to treat gunshot and stabbing victims alongside real EMS workers. You’ll use actual equipment and supplies, and you’ll load your patients into a real working ambulance.

Even I’m excited about the Writers’ Police Academy. There’s never been anything like this anywhere. This is not like a citizens police academy. This is the real deal!!