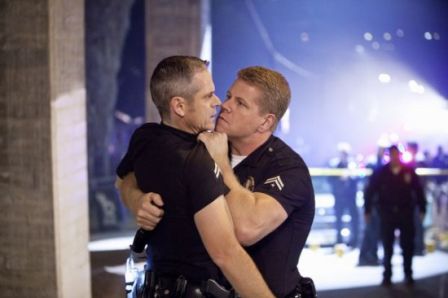 “Most good cops are passionate cops. Put enough of them together and occasionally their passions explode.” 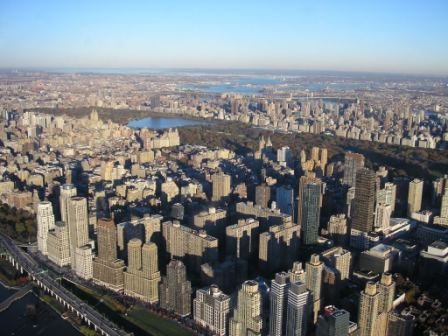 You know, there’s simply not a better cop show on TV. Action, emotions, compassion, and realism. That’s what Southland brings to the screen each and every week. And the cast and crew absolutely nail the details—so much so, that I feel as if I’ve dusted off the old gun belt and jump boots and hit the streets again.

If you, a civilian, have ever wondered what it’s like to work an eight-hour shift as a police officer you need to look no further than TNT at 10 pm on Tuesday nights. This week’s episode, Punching Water, was that “day in the life,” that began with a murder committed by a killer with an odd nickname, a moniker that led to an interesting “pointing of fingers” by a very reluctant witness. 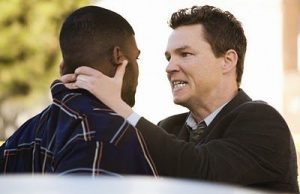 When the witness (above) told Sammy that “nobody” killed the guy, he was actually referring to a thug/gang member whose street name was Nobody. Street names are important to people who, well, live and work the streets. Many criminals, street people, drug dealers and users, etc. don’t use their given names. Instead, they go by a nickname, which in many instances is the only name anyone knows them by, including the closest of their friends. These street names are often assigned to people due to an association to them and a certain item or event. For example, I once arrested a drug dealer whose street name was Pork Chop. He, of course, had a passion for eating fried pork chops. Pork Chop’s friends included Popcorn, Onion, One Eye, Truck, AK, and Doobie. 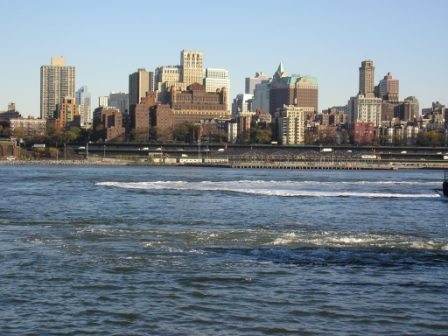 – Ben, Ben, Ben…what’s up with the Badge Bunny? Didn’t your police academy instructors warn you about those uniform-chasin’ members of the opposite sex? They’re everywhere, waiting to prey on unsuspecting rookies. Sure, it starts with sex, but where will it end? Following you around while you’re responding to calls? Sitting across the street from your house while you sleep? Phony 911 calls from her residence so she can see you in uniform? Speeding just so you’ll stop her for the infraction? Oh wait, that’s how it all started, right? You should have listened to the warnings. “Red-headed-Sallys” can be bad news. Perhaps you should give her a gentle nudge in the direction of the local fire department… 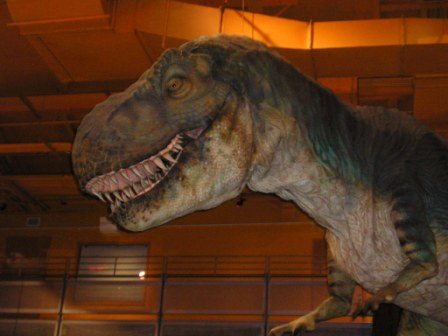 – During the shift briefing the sergeant tells the crew to stop gang member’s cars for every single infraction, write tickets, and tow their cars if possible. Good scene. That tactic can be just aggravating enough to cause someone to snitch, hoping the police will leave them alone.

– One of the detectives said, “I’ve got a C.I. I can talk to.” He was referring to an informant (confidential informant). Each detective, over time, builds up a network of informants they can turn to for information. Good detail.

– John tells Dewey to “light ’em up,” meaning to initiate a traffic stop by turning on the blue lights (AKA “activating the emergency equipment). During the stop Cooper stood to the side and rear of the suspect’s vehicle while Denny approached with his hand on his weapon. Good officer safety.

– A thug tells one of the officers, “I ain’t no snitch. I’m off the paper,” meaning he was no longer on probation, which meant the officer no longer had that leverage over him.

– The scene where Nobody’s dead body was stretched out on the sidewalk was pretty realistic. Other cop shows should take notice. Even the blood was a fairly realistic color.

– Cooper calls for an RA unit. If I’m not mistaken this is LAPD-speak for rescue ambulance. Every locale has their own terminology for this stuff. In some areas officers simply say, “Send rescue.” 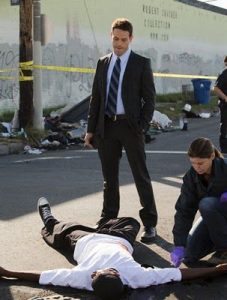 – This episode shows non-stop calls. Officers barely finish answering one before they’re dispatched to another. That’s the way it is, folks—an assembly line of he-said-she-saids, shootings, shoplifters, domestics, and unfounded’s.

– Sammy said, “The whole gang problem is about parenting. Walk into the living room it’s always the same song—Why, why, why did the Lord take my baby?” Sammy turned to look at his partner and continued, “Well, maybe he’s dead because you’re a crackhead and don’t know who the father is, and maybe if you’d raised him instead of his “homies” I wouldn’t be standing here.” I don’t think I could sum it up any better. That’s real life. 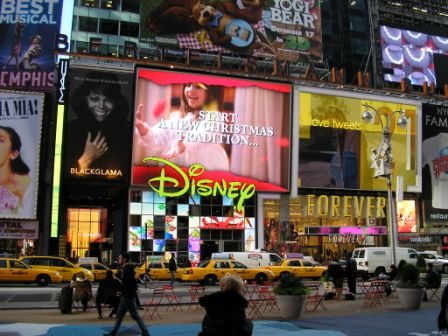 – A dead guy in the street surrounded by police officers and their vehicles. A crowd of looky-loos stands at the perimeter. The mother of the deceased forces her way into the scene, crying and hollering, “My baby. Why, why, why!” Seems like Sammy knew what he was talking about, huh? Yep, and I’ve been to this scene myself…dozens of times.

– There was a bit of racial tension floating around among the officers. It happens, and I’m glad the writers chose to show it. The same occurs along gender lines. BUT, cops work through it, and in the end they cover each other’s backs. No matter what…usually.

– Someone referred to the AK-47 as a “neighborhood gun.” This happens quite often. A weapon is passed around to various gang members who use it for various crimes. Sometimes, the weapon is kept by a single person in a central location so others can get it as needed…sort of like checking out a library book. 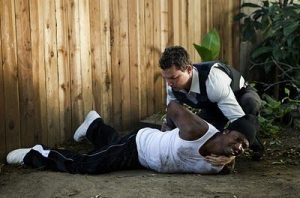 – The scene where the entry team kicked in a front door, and the bad guy ran out the back into the waiting arms of detectives, was a good one. The runner had a planned escape route with convenient “helpers” (chairs, etc.) placed along the way to assist in climbing over fences. It reminded me a similar incident…We were trying to rid a neighborhood of drug and gang activity and one of our methods was quite similar to the tactics used on Southland. One night a group of uniformed officers hit the neighborhood at once, jumping out of unmarked vans. This caused the drug dealers to run, and their pre-planned escape routes included running through holes they’d cut in the chain-link fencing throughout those particular projects. Little did they know that I, and a few other detectives, were waiting on the other side of those holes. As they darted through, I used my steel Maglite to give each one a little “love tap” on the chins. They hit the dirt like falling trees.

– Cooper tells Ben, “You’ve got to learn when to turn off the camera inside your head.” That’s how cops survive the carnage. You turn it off. Unfortunately, not everyone can do that and it eventually takes its toll. 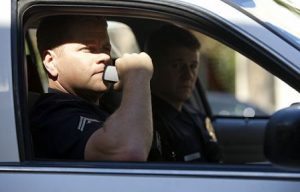 – John and Ben just happened to notice the shooting suspect’s vehicle in the line of traffic ahead of them. This happens quite often in real life…a patrol officer spots a stolen car in a hotel parking lot; she passes a car with a wanted suspect at the wheel, etc. Yes, sometimes luck provides the opportunity.

– Another good quote from this episode…”Remember what it was like the first time you put on your blues and stood in front of a mirror? Makes you remember why you became a cop.” 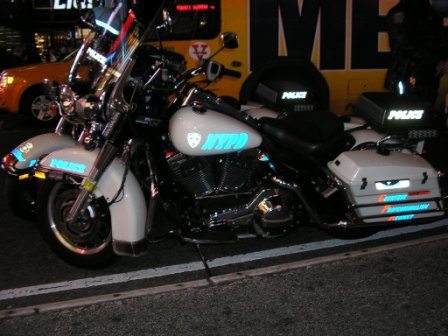 Finally…I can’t seem to warm up to Lydia’s new partner. Maybe she’ll grow on me. The problem is, however, her presence has already weakened the Lydia character. Nope, Lydia is no longer the tough cop she once was. And that’s a shame.

And Sammy’s wife…For me, she’s Southland’s Lanie Parish. And if you follow my Castle reviews you know that’s not a good thing.