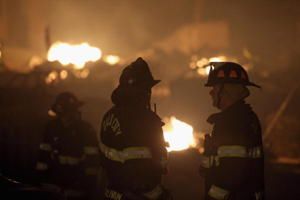 When I raised my right hand and pledged to protect and serve citizens and their property I took that oath seriously. Every officer does. And so does every single firefighter I know. I’ve never met a police officer or firefighter who’s in the business for the money. Not one. They took the job because they want to help people.

I’ve been called to the scene of scores of fires where I’ve seen brave firefighters wade into a wall of flames just to bring out a family heirloom, or a beloved pet. They’ve risked their own lives to save the lives of others. It’s what they do and what they do is dangerous. Very.

Firefighters, like police officers, raise their right hands and promise to help others when in need. In fact, here’s a copy of the firefighter’s pledge.

I promise concern for others.
A willingness to help all those in need.

I promise courage – courage to face and conquer my fears.
Courage to share and endure the ordeal of those who need me.

I promise strength – strength of heart to bear whatever
burdens might be placed upon me.
Strength of body to deliver to safety all those placed within my care.

I promise the wisdom to lead, the compassion to comfort,
and the love to serve unselfishly whenever I am called.

I’ve said all this as a lead-in of sorts to a story that really rattles me to the core. And it bothers me to speak badly about public servants but, in my opinion, firefighters of South Fulton, Tennessee didn’t serve the public. In fact, they stood by and watched a couple’s home burn to the ground and didn’t lift a finger to stop it. Inside that home were a lifetime of memories along with the family pets. They all perished.

Obion County, Tennessee – Gene Cranick was burning trash in two metal drums, a common practice in rural areas of the country. The containers were quite some distance from his mobile home, yet the fire ignited nearby grass and quickly spread toward Cranick’s home. He called 911 seeking the fire department’s help.

The 911 dispatcher advised Cranick that firefighters would not be responding because he’d failed to pay a $75 “fire service fee.” The distraught homeowner told the dispatcher he’d pay whatever it took to get the firefighters to respond because his house was now on fire. The response he received was an unbelievable, “It’s too late to pay and they will NOT be responding.”

Cranick, along with friends, attempted to extinguish the blaze with garden hoses, but the fire was too much for the small amount of water. Meanwhile, the fire had spread to a neighbor’s field and fence, so they called the fire department. However, their response was quite different and in a matter of minutes a fire crew was on the scene spraying gallons of water using high-pressure hoses attached to publicly-funded fire trucks.

Why did the fire department respond to the grass fire? Because the owner of the dry weeds had paid the $75 fee in advance. So, after the Fulton FD extinguished the brush fire they stood leaning against their trucks and against the property fence and watched the Cranick home burn until it was reduced to a pile of cinders. A pile of cinders that also contained the remains of the Cranick’s beloved pets.

You know, this story disgusts me. It makes me ill…sick to my stomach. Sure, taxes and fees must be paid. It’s the law. But there are remedies available to collect those fees, even after the fact. For goodness sake, put out the fire and then sue. Get a $75 lien against the property.  Bill the homeowner for time and material plus interest. Take Visa or MasterCard. Install one of those credit card swipers directly in the body of a fire truck. Something. Anything! But don’t stand by and let a lifetime go up in flames over a few measly dollars.

Thankfully, this is an isolated incident. Firefighters everywhere are true heroes.

As for the firefighters of South Fulton who stood by and watched this family home burn…shame on you. Sure, you’ve probably saved lots of property in your day, maybe even a few lives, and you deserve thanks for those acts, but this is a dark cloud that’ll hang over your heads for a while. Policies or no policies. You were there, on the scene, and did nothing to help your fellow man. Perhaps you need to read this…again.

When I am called to duty, God wherever flames may rage,
give me strength to save a life, whatever be its age.

Help me to embrace a little child before it’s too late,
or save an older person from the horror of that fate.

Enable me to be alert to hear the weakest shout,
and quickly and efficiently to put the fire out.

I want to fill my calling and to give the best in me,
to guard my neighbor and protect his property.

And if according to your will I have to lose my life,
bless with your protecting hand my loving family from strife.

So what’s next, a fee for police service? “Sorry, ma’am, but you didn’t pay your $75 rape insurance…”

*This article is strictly my opinion and parts of it were paraphrased from comments found in news stories…lots of news stories). 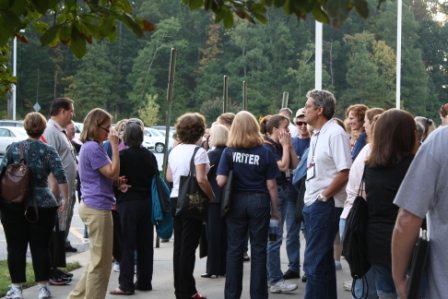 Castle: Under The Gun – A Review Of The Police Procedure And Other No...

Officer Jailed For Unjustified Use Of Deadly Force
Scroll to top