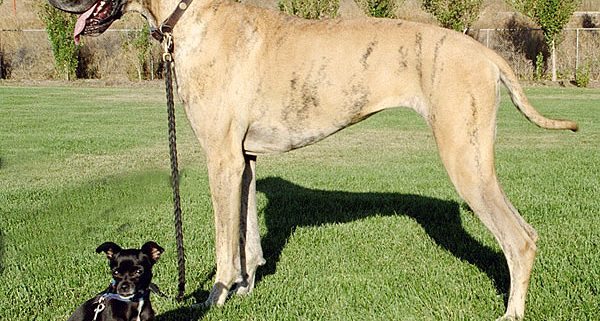 “Cops are wimps. Some are scrawny, wiry, and geeky-computer-nerdish, and they certainly aren’t big and strong enough to handle the often much larger and stronger criminals they face on the streets. That’s why they’re so quick to resort to weapons and/or deadly force. What happened to the beefy, no-necked officers that once patrolled our streets. They never used their guns against unarmed people. We felt much safer back then,” said Mr. Nevell Satisfied.

Well, things changed when Ms. Ima Scaredashadows, Nevell’s aunt, began complaining about her town hiring big, tough guys to work as officers. Many citizens said they’d prefer cops who were less intimidating and scary-looking, and perhaps who’d earned a higher GPA in high school and college. You see, Ida, like many other people, believe that all large, muscular men are uneducated and mentally challenged.

So changes were made to satisfy public demand. Departments were also forced to change their hiring standards to include smaller and shorter officers. And, the smaller sizes of the new officers sometimes meant they couldn’t compete with the larger candidates in some of the physical standards for new hires (exercising, lifting, etc.). Therefore, those standards were also reduced.

The new, more inclusive and size friendlier standards, attracted some officers who were less than five-feet-tall and, while nicely educated, were not in the best physical condition due to twenty years of constant pre-career video game marathoning. As a result, the size- and strength-challenged officers faced the difficult tasks of physically restraining big and powerful and unruly and combative criminals. Sure, the new brand of officer was able to complete numerous common core math problems in their heads while being pummeled by a 300 lb. crook, but only until they lost consciousness.

I know, times change and new things, ideas, techniques, and standards are needed. But some things never change—big, strong, violent bad guys are going to fight with cops, and like it or not and/or understand it or not, a beating from a large powerful man can and has indeed killed people. So yes, an unarmed person who’s 6-foot-three, weighing 280 is within himself a deadly weapon. This is especially so when the victim/officer is 5-foot-two and weighs 135 (male or female).

The video below is good example of how size and strength differences are factors in physical altercations that officers across the country encounter many times every single day. All, of course, aren’t as violent as the one in the video, but many are.

I know, cops knew what they were in for when they signed up for the job, and I agree to a certain extent. But they didn’t sign on to stand down while violent people do violent things to them, such as mayors and other city officials forcing officers to allow people to pummel them with rocks and bottles. Nor did they sign on to be someone’s punching bag while their own administration stands by doing nothing. And they certainly deserve the respect of their supervisors, especially after being shot and bleeding to death. A supervisor who clocks out and goes home while knowing one of his officers is fighting for her life in the ER after being shot several times…well, some things are best left unsaid.

*Parts of the above article were meant to be tongue-in-cheek. However, the points made were not.

Officer line of duty deaths by gunfire are up 1,200% this year.

The latest incident occur last night when a Euless Texas police officer was shot and killed when he responded to a suspicious activity call in a local park.

Followon TwitterSubscribeto RSS Feed
Castle: And Justice for All – A Good Cop Review (the bad cop is away on...