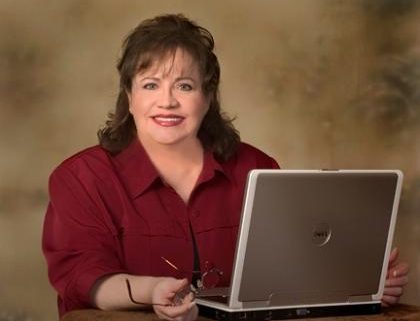 Sheila L. Stephens was the first female Alcohol, Tobacco & Firearms (ATF) special agent in the state of Alabama – one of the first in the nation.  Recruited by ATF while a police officer in Mountain Brook, Alabama, she has a unique platform from which to write and speak about the people and issues of law enforcement.

Stephens is a graduate of The Federal Law Enforcement Training Center, the Alabama State Trooper Academy and the University of Alabama, holding degrees in Deaf Education and in Criminal Justice.  In September 2007, she graduated from Boston University with a Master’s Degree in Criminal Justice.   She is presently enrolled in a Clinical Psychology PhD program and will specialize in Forensic Psychology.

While a special agent with ATF, she was a member of the National Response Team, a select group of first responders to arson and explosives scenes.   Also chosen as a representative to the multi-agency, multi-state offensive against a deadly white supremacy group in Arkansas, she participated as a member of the entry team, the search team and the select interview team.

She holds certificates in the areas of Education, Interviewing/Interrogation, Hypnosis, and Street Survival.  She has taught at the Birmingham Police Academy, and is the owner and operator of a security and private investigative agency specializing in hidden camera technology for police departments, businesses, and the monitoring of care-givers.  She is presently an Adjunct Criminal Justice Professor at, the online, Andrew Jackson University.  In September 2008, she will begin her adjunct teaching position at Boston University’s online Criminal Justice program.

While on injury leave from ATF, she was poisoned with arsenic and mercury.   Although not expected to recover, she continued to write and study.  As she recovered, she began speaking, sharing the same information on law enforcement issues that she presents at organizations and conferences around the country today.  She recently presented The “CSI Effect” on Crime Labs at the New England School of Law, and wrote an article that appears in their Law Review.  As to her books, in August 2008, The Everything Private Investigation Book will be released, and The Book of Weapons, Technology and Surveillance is scheduled to be released by Writer’s Digest Books in 2009.

Prevented from returning to ATF by her injury, Stephens has incorporated her private investigation/security business and is working on a non-profit division.  A popular speaker on literacy, and an advocate for mandatory heavy metals testing at yearly physicals and in emergency rooms, she is also Associate Editor of The Agent, the newsletter of the National Association of Federal Agents (NAFA).  Finally, she is a member of the National Association of Investigative Specialists (NAIS), Sisters in Crime, Mystery Writers of America and the author’s and speakers’ association, The Crime Lab Project.

Technology changes every day.  One area used by law enforcement and P.I.s alike is the covert, or hidden, camera.  Covert cameras have become smaller and are hidden in more inventive items than ever before. Prices have also been lowered. You can purchase a covert camera in almost anything – clocks, VCRs, air purifiers, sprinklers, exits signs, speakers, books, plants, and much more. Cameras in pens, eyeglasses, hats, briefcases, and the like can be carried on your person. Many companies will install cameras in anything you wish. The best improvement in decades is the availability of cameras and recorders, with batteries to power them, all contained in one unit.

In the past, investigators were forced to be very creative when installing stationary covert cameras because of the problem of hiding and powering a recording device. Now, many recorders power themselves and the camera to which they’re attached, so there are no wires to camouflage. Because of this, these cameras can be moved around easily.

You might ask about wireless cameras, thinking they have the same capabilities as wired cameras. They do, but there have always been drawbacks to wireless transmission. Some of these follow:

Covert cameras can be placed in hospital rooms to monitor nursing personnel and in nurseries and other locations for checking on nannies and babysitters. They can also be used to prove spousal abuse. One woman contracted with my PI service to help prove that her husband had abused her.  The man’s behavior escalated and the client was afraid that the next beating would kill her. Worse, she was terrified that her children would be hurt. My investigators installed a covert camera inside a speaker in her living room where most of the incidents took place. Two days after, the man arrived home intoxicated and beat his wife with both fists until she passed out. She was admitted to the hospital, this time with internal bleeding, while an investigator retrieved the recording and delivered it to police. Because of evidence on the covert camera, the husband is in prison today. The client has returned to school and she and her children are in counseling.  This kind of case is so difficult to prove in court. For without video evidence it becomes a “he said/she said” situation which, unfortunately, can come down to who has the best attorney or court connections – it can come down to the makeup of the jury.

Only a few years ago, if investigators wanted to wear a covert body camera, it entailed finding a way to conceal a not-so-small video recorder on his person and inconspicuously run wires to a camera, such as a pen, pager, or glasses case, in the PI’s pocket. Because of this, every shirt, jacket, and pair of jeans or slacks contained a hole for threading a line to the covert camera. Things are different today; it’s much easier and less conspicuous to wear covert technology.  I still have a scar from wearing a “wire” in the late eighties when I was with ATF.  The wire malfunctioned and burned through to my skin.  I made the case but, before backup could arrive, everyone in the room sniffed around and made faces trying to find that unusual smell. That smell was me – roasting – plus the smell of the malfunctioning wire.

Covert body cameras can be used to check someone’s mate and in mystery shopping, but there are other uses for these cameras. PIs who investigate childcare or eldercare facilities and treatment centers use them when interviewing. The camera records exactly what is in front of it. It can’t be accused of overstating the truth or omitting facts. The PI walks around filming, checking the cleanliness of the child’s or elder’s room, common areas, restrooms, and kitchens. The camera is unemotional when watching for the response of personnel – or lack of response – to a child’s or elder’s needs and requests. As in the case of the abused wife, recorded evidence in cases such as these are rarely challenged.  Stationary covert cameras can be left in the room to film what hapens long after the investigator is gone.

Many camera purchasers, and even investigators, believe that visible cameras are superior to hidden cameras. This may have been true in the past, but not any more. Visible cameras serve a purpose, but only when they are used correctly and in conjunction with covert cameras. Some security experts believe that because visible cameras are so prevalent, most people forget about them. However, the person who enters an office or retail store with the intention of stealing is keenly aware of these cameras. Potential shoplifters scope them out to ascertain location, distance apart, and possible blind spots between them. In the very misinformed businesses where the owner or operator displays the camera view to the public on a monitor or TV, he’s helping the thief locate those blind spots within which he can operate.

An example of the use of blind spots occurred in a parking garage at dusk. A young woman, Anne, walked through the dim garage toward her car, feeling safe because of visible security cameras spaced equal distances apart on concrete pillars. She waved at one of them. Suddenly, she was pulled into a corner of the deck and brutally raped. After crawling into the main area of the parking garage, Anne was rescued by a distraught security guard. When she was interviewed in the hospital, she reported looking up at all those cameras and wondering why no one came to her assistance. She’d been dragged into a blind spot where she and her attacker weren’t visible to even one of the cameras. The attacker had obviously scoped out the area ahead of time, knowing just where to commit his crime.

Owners and managers often purchase cameras thinking they will deter theft. Cameras may deter the basically honest soul who experiences a momentary temptation, but nothing really deters the serious criminal. Hidden cameras are the alternative for this person. If covert cameras were to be placed strategically among the visible ones, even if a sign were posted alerting the public of this fact, criminals may be deterred, not knowing where their actions could be documented. I prefer covert cameras alone, however. Hidden cameras catch people in the act of a crime, preventing loss from habitual shoplifters as well as employees.

There are laws governing how and where these cameras can be used – but that’s another blog!  Short story is that they cannot be used any where someone would have a LEGAL expectation of privacy.