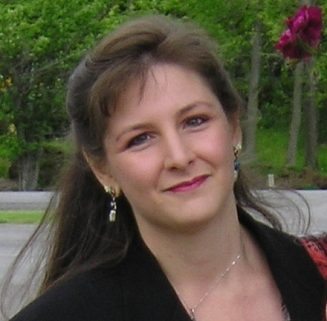 Lucienne Diver has been an agent with Spectrum Literary Agency for over fifteen years, representing all kinds of commercial fiction, including fantasy, romance, mystery/suspense, science fiction, some mainstream and young adult.  Her authors include Marjorie M. Liu, Susan Krinard, Rachel Caine, P.N. Elrod, Roberta Gellis and many others.  A complete list can be seen on the website: www.spectrumliteraryagency.com.

She also maintains her own blog of agently, authorial and personal ramblings at http://varkat.livejournal.com.  (Since she’s often asked: “varkat” is short for “various Katherines” – Kate from The Taming of the Shrew, Kit from The Witch of Blackbird Pond, etc. – some of her favorite characters from literature.)

It’s all about the Buzz

One of the most constantly asked questions out there is “What can I do to promote my books?”  No one seems to have the magical answer, though there are a ton of ideas out there, some of which I’ll get into here.  The truth is that the biggest seller of books continues to be word of mouth, so the very most important thing an author can do is write a kick-butt book that will have everyone raving – to their friends, on-line, in reviews on Amazon and Barnesandnoble.com.

Of course, before you can get people raving, you have to get them to pick up the book.   There’s a whole lot that the publisher can do for you, like arrange coop advertising, which is basically the publisher paying for placement, whether on shelves or in special display stands in the front of stores.  A publisher may also arrange for book tours, radio and television interviews, magazine, newspaper and banner ads to get the word out.  Except for the coop advertising, these are things an author can do on his or her own, especially with the help of a publicist, though they can be very costly and must still be coordinated with the publisher to avoid stepping on any toes.

So, how can you get the most bang out of your marketing dollar? It’s pretty commonly accepted that a new author will put the advance for his or her first book back into promotion.  It makes sense; it’s an investment in the future.  Many established writers also put a lot of time and resources into publicity.  One of the most effective means of promotion is the web.  However, just having a site isn’t enough these days.  It’s great if people already know you and just want to check when your next book is coming out, but to draw readers in, you need good and changing content – contests, a blog, maybe helpful articles and links, book trailers, snippets of fiction or non-fiction free to your readers that they can’t find anywhere else.  Invite in guest bloggers.  The key is to give something, not just expect to get something with a “Hey, buy my book.”  It also helps to reach out rather than wait for folks to come to you.  Sites like MySpace, Facebook, Shelfari, Bebo (I could go on all day with the list) will introduce you to other readers and writers.  They can be fantastic networking tools, but can also be highly addictive, so be sure not to use the time you should spend writing!  The trick is that you get out of these sites what you put into them.  Interaction is key.

Another great and relatively inexpensive way to go is to kind of create your own celebrity status.  Humbly and informatively (no bragging allowed), let your college, high school or local paper know about your upcoming release or your recent award nomination.  Even before your book comes out, you should be working on a list of contacts – places, people, communities to which you have ties and some local or other cachet.  Prep your pitch, press release or postcards to go out to these venues.  Local book stores, libraries – sure, put them on the mailing list and make sure that it goes out early enough (a few months before publication with maybe a second mailing just as the book hits shelves) for them to place orders.  At the very least, it’s not a terribly expensive way to get the word out.  At the most, you’ll generate more orders and interest.

Do you go to conventions?  Can you think of something beyond the standard bookmarks and postcards to put on the take-tables that people will keep and think of you with each use?  Have you come up with an intriguing tagline or catch-phrase?  Maybe you can even send your novelty item out with your mailings.

Signings – the trick with signings is that it really helps if you have a) a really strong following or b) a gimmick to bring people over to the table.  Otherwise, it might look a lot like that book signing at the beginning of the recent movie National Treasure: Book of Secrets.  Maybe give a talk or reading to go along with the signing.  Have a friend along, maybe, who’s standing, approachable and shilling (pleasantly and chattily), have a candy dish out and a poster or something else outsized to draw the eye.  Try to make it an event rather than just you with the barrier of a table separating you from your target audience.  Offer to sign stock of whatever doesn’t sell so the store can put your books up front with “Autographed” stickers attached.  In fact, whenever you step into a bookstore and find your books, offer to sign stock.  Some bookstores are, surprisingly, less open to this than others, but persevere.

Always, but always, have your business cards with you.  You never know when a networking opportunity will arise.  I was just on a pub crawl in London and ended up “selling” my books to everyone in sight.  Unfortunately, I didn’t have a single card on hand to help folks remember.

In summary – write the best darned book you can and then get the word out.  If someone lets you know how much they enjoy your book, ask them to share the excitement.  Get a buzz going and then keep up the momentum by writing your next great work!

Followon TwitterSubscribeto RSS Feed
What Is An Arrest?