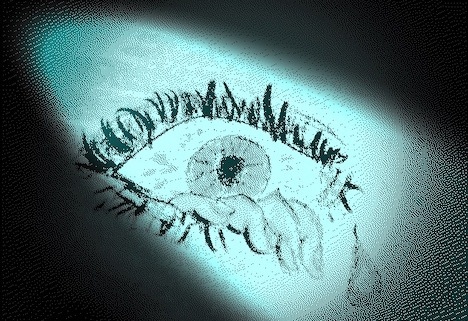 Suicide by Cop was a theory that developed after the young man whose life ended shortly after he sent several bullets flying in my direction. He’d left his hometown possibly to avoid a sexual assault trial centered around a serious crime he’d been accused of committing. The trial was on the horizon, therefore, some believed he’d decided to skip town. So he packed clothing into a military duffel bag and loaded it and a small amount of fishing gear into a station wagon he’d borrowed from his father. Then he headed southeast from the upper mid-West state where he and his family lived.

If his wish had been to die at the hand of police officer, well, that wish came true a few weeks later when he and I met alongside I95 in Virginia. He’d just robbed a bank and during a police pursuit, crashed his car into a culvert at the end of an entrance ramp leading onto the busy highway. The pursuing officer was a rookie I’d trained in defensive tactics and officer survival during his time at the police academy.

Long story short, since many of you know the details, he came out of his car with gun in hand and after a few moments, came up shooting. After I’d returned fire, hitting him with all five of the rounds I fired, he leapt to his feet and charged with gun in hand, pointed at other officers who’d arrived after the initial shooting began.

I and a sheriff’s captain tackled him and handcuffed him. He died a few minutes later. I was the only officer whose rounds struck the robber and four of the five rounds I fired caused fatal wounds. The fifth, a shot to the side of the head, caused extensive damage but most likely, according to the medical examiner, would not have ended his basic life functions.

Whether or not he’d planned to kill himself by using my, or another officer’s bullets, will forever remain a mystery. He took those thoughts to his grave.

I’ve told this story again to bring to light an aspect of suicide by cop that’s often buried with the victim of police gunfire—the psychological trauma experienced by the officer who was forced to fire the fatal rounds that brought about the conclusion to someone’s quest to die.

It’s within our nature to feel guilty about our actions. After all, most of us are taught at very early stages of our lives to know right from wrong, and killing another human is certainly one of things that is so, so very wrong.

Along with the guilt comes a sense of anger at being used as a source of suicide. Killing people is not part of the reasons men and women sign up to become police officers. Most want to help their fellow citizen, not harm them. I used the word “most” in the previous sentence because as we all know, there are certain individuals in this world who are broken somewhere in their internal wiring and will kill for the sake of killing. Those people, unfortunately, come to us from all walks of life. But I think it’s safe to say that 99.99999% of all police officers would prefer to not kill, for any reason.

So to place an officer in a position where it’s either kill or be killed, or to prevent another innocent person from being seriously harmed or killed, well, the act forces them to totally goes against the grain of why police officers do what they day. Those officers often feel an overwhelming sense of guilt.

In the minutes, hours, days, months, and years, and decades after these shootings, it’s not at all uncommon that officers second-guess their actions. “What if I had” begins to play on a never-ending loop through their minds.

In my own situation I often think that perhaps I could’ve/should’ve somehow, during intense gunfire, attempted to circle around the man’s car and then try to capture him alive. This scenario was not an option nor was is feasible, but I still wonder. After all, I’d disarmed several people during my career and I’d done so without having to fire a single shot.

It’s a ridiculous notion that I could’ve left my position to try and take the man down. If I had there’s no doubt I’d have been killed in a matter of seconds after I took the first steps toward his car. But those “what-ifs” still bounce around inside my skull. I’m sure the same is true for the many, many officers out there who’ve been in similar situations.

Once these emotions and feelings set in, and they do, they firmly take root. The officer often starts reliving the incident, replaying it over and over and over again in their thoughts. They become overly irritable, anxious, they can’t sleep and when they do nightmares take over, and then come the flashbacks, in living, bleeding color.

Of course, in the meantime, the officer must deal with internal investigations by outside agencies and investigators who quite often drill them with questions that insinuate the officer meant to kill the suspect out of some sort of vendetta. They make the officer feel dirty and less than human.

Let’s not forget the administration who’s already hard at work seeking ways to prevent lawsuits against the agency and the county, city, state, etc. So the officers review the use of force policies over and over again, hoping to find that they’d done everything by the book, and even though they know their actions were wholly proper, they still worry. But the city/county/state/department lawyers are only after one thing, to protect their client whether that means helping the officer, or not.

Then comes the media with their agendas and clickbait headlines. The TV news media plastering their images and the images of their homes and families across every TV screen this side of Jupiter. The stories they offer add even more salt into open wounds …

“The victim was  only 22, in the prime of his life, when he was brutally gunned down in the street by Officer So-and-So.”

“With only 6-months to go before earning his degree from ABC Community College, Officer So-and-So, ended what could have been.”

Those reporters don’t bother to mention the 63 rounds the 22-year-old fired first, all while the officer was begging him to stop shooting and to put down the gun. Nor do they mention the teenager was shooting at cops after they’d caught him robbing a convenience store.

Suspension from duty after an officer-involved shooting is inevitable, and it’s demeaning, to say the least. No matter the reason, it seems to the officer that they’d done something wrong, maybe even criminal. To add insult to injury, their weapon is taken away. Even though it’s for forensic testing, this is a huge deal to the officer. A weapon is a police officer’s safety line. It’s there for them each and every day. It provides comfort for them during extremely dangerous situations. It’s a part of them. And to have that taken away, especially during a situation that’s already an 11 on a scale of 1- 5, is traumatic within itself. It makes them feel even more vulnerable. It seems like a punishment.

So yes, having to hear and experience those things while undergoing a investigation into every single move the officer has made since the day they first set foot onto the floor of the basic academy, and while dealing with all the zigging and zagging of emotions, takes a huge toll on the officers.

Suicide by cop brings to mind the title of a blog article I once wrote—I Only Killed Him Once, But I’ve Died Many Times Since That Day. I wrote the piece in my typical staccato form of poetry and I did so because this is sometimes how the experience feels to me … like individual daggers striking my nerves, one at a time, day after day after day after night after night. 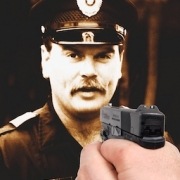 Suicide by Cop: What If?
1 reply

Followon TwitterSubscribeto RSS Feed
A Quiz: I Worked Hard For the Money … Maybe

Terminology for the Savvy Crime Writer: Abrasion Collars to the Rare Cadaveric...
Scroll to top