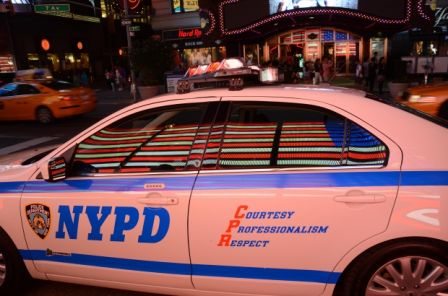 Last Sunday, two rookie police officers in New York City shot and killed a 14-year-old boy. The kid’s aunt is calling the boy’s death an unnecessary killing. She says the police gunned him down for no reason and she wants the officer who shot her nephew in the face charged with murder.

“They’re making it all up. There was no gun. It’s all a cover-up. It’s what the police do. They kill us and cover it up,” the boy’s aunt, Quwana Barcene, told news sources. “It’s not fair,” she continued. “It was my sister’s only child. You shouldn’t have to bury your child. My beautiful nephew got shot in the head. A mother of one now has to bury her only child. I’m tired of the police getting away with murder. Trayvon Martin is never going to end. This rookie cop—please bring him up on charges as a murderer.”

Others are asking why the police shot the youngster in the face. Why not an arm or leg? Better still, why not shoot the weapon out of his hand. One person even went so far as to ask why use lethal force at all since the shooter was a mere child of 14. Why, she asked, didn’t the police wait until the boy was out of ammunition and then tackle him? Isn’t that what they’re trained to do?

Another person commented, “So lemme get this straight… we can put a man on the moon and bring him back safely, but we can’t find a way to disarm a 14 year old without killing him?”

And then there was…”He was black and running. That’s all it took for the cops to gun down an innocent kid.”

So, let’s go back to Sunday night/early Monday morning to see exactly what happened just prior to the police officers’ encounter with 14-year-old Shaaliver Douse.

The two officers in question were assigned to graveyard shift foot patrol as part of a special assignment to help stop violence in the area. At 3am the officers heard gunshots and responded toward those sounds. That’s when they saw Douse firing a handgun at a man running away. The officers took cover behind a parked automobile and yelled for the shooter to drop his weapon. They also identified themselves as police officers. Douse turned and fired again. The officers returned fire, with one round striking Douse in the jaw. He died on the scene as a result of that wound.

The incident was captured on video, a video that clearly shows Douse firing his weapon at a group of men, then chasing after one of them while still firing his weapon. The police have the video. They recovered Douse’s gun, a black 9mm Astra. And there are witnesses who’ve provided statements backing the officers’ statements. 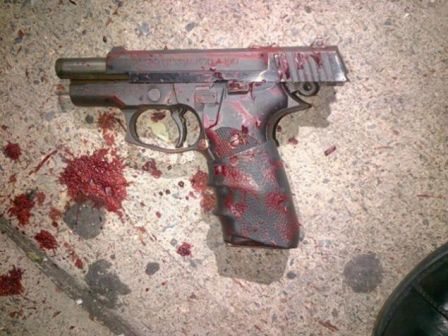 The two officers did everything right. They identified themselves as police officers. They took cover. They ordered the shooter to drop the weapon. He didn’t, and fired again, either at the officers or in the direction of a man running in the street behind the officers. The officers returned fire and stopped the threat to them and to others.

At the time of the shooting, no one knew the age of the shooter. But age is not a factor in this case. Six or sixty, a gunman was trying to kill another person, therefore the use of deadly force was indeed justified.

As far as shooting the gun out of the attacker’s hand, well, that’s strictly a TV thing. Police officers are trained to shoot center mass of their target, and the reason for doing so is that you don’t have time to take a proper stance and slowly aim for the “bulls eye” while people are shooting at you. Even if you thought you might have the time to do so, it would be a foolish and probable fatal mistake. So no arm, hand, finger, shoulder, or leg shots. Besides, not many people are capable of accurately delivering a round to a tiny target, even without the stress of incoming rounds.

The race issue…well, I’m sorry if what I’m about to say shocks anyone, but the color of someone’s skin has nothing to do with having to shoot at a person who’s shooting at you, or at someone else. All that’s on a cop’s mind at that point is how to stop the suspect (white, black, blue, or purple) from trying to kill them or others.

Here’s another statement that might anger some of you. There is indeed a foolproof method of stopping a good number of the shooting deaths of teens of all races, and that’s to keep their young butts off the streets at 3am. They’re kids, and they don’t belong out of the house at all hours of the night.

You want the violence to stop, then keep your teens at home. Offer them guidance. Teach them right from wrong. Do things with them. Don’t wait until their blood stains the concrete walk at the corner to decide that suddenly you’re a parent.

It’s the adults’ job to be a parent all the time, not just when it’s convenient or when the press is interviewing you beside a makeshift memorial where your child died in a barrage of gang-related gunfire. That’s not the time to be pointing fingers, unless you just happen to be standing in front of a mirror.

In the case of young Shaaliver Douse, well, I certainly want to express my condolences to the family of anyone who loses a loved one, including the Douse family, but I also want to let the officer who fired the fatal round know that I’m thinking of him/her too. Because, now he/she will have to live every day from this point forward, knowing they killed someone’s son…a child. Sure, the shooting was definitely justified, but that does little to ease the pain, a pain I know all too well.

Will you know where your child is tonight after midnight? I certainly hope so, for everyone’s sake.