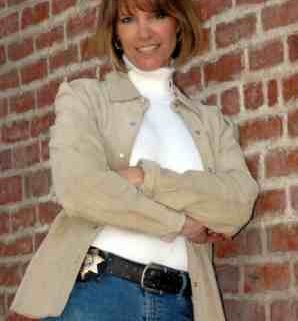 Robin Burcell has worked in law enforcement for over two decades as a police officer, detective, FBI-trained forensic artist and hostage negotiator. She is the author of the Anthony Award winning SFPD Homicide Inspector Kate Gillespie novels: Every Move She Makes, Fatal Truth, Deadly Legacy and Cold Case, and the upcoming novel Face of a Killer. You can visit her website at: www.robinburcell.com/

It was a late summer afternoon, barbecued steaks fresh off the grill, a cold beer on the counter in front of me. I remember cutting into that steak, taking a bite, and thinking, wow, there sure are a lot of helicopter-flying going on out there. Figured they were looking for someone. Glad I was on my day off and didn’t have to worry about it.

The phone rang. My lieutenant calling, saying I had to come in right then, they had a kidnapping. A what? I thought. First words out of my mouth were, “You’re kidding, right? I just sat down to dinner.” After all, he knew I was on my days off, and we never got called in for overtime on the weekends, and he was right up there with the best of them when it came to practical jokes. What he said was, “No. We have a Polly Klaas-type kidnapping. We’re calling everyone in.”

And that’s just what they did. The entire department. Didn’t matter if you were on vacation or days off or sleeping from your last stint on graveyard.

Turns out a little 12 year-old girl was kidnapped from her home after her sister and a friend were raped by the suspect. Our city had never seen anything quite like it before. Sure, we had murders, we had rapes, we even had the occasional

or the parental-abduction-custody-battle-type cases. But never anything like this. It was all very surreal.

First thing that happened was that we commandeered another building, the library if memory serves correctly, as a command post. The FBI was called in for assistance. Why? They’ll help anywhere/anytime needed if the crime involves a child, and there doesn’t need to be a crossing of state lines or any amount of time passing. They will help set up a command post, bring in experts if needed, fly in an artist (which we didn’t need, since I was there) and anything else to assist. And unlike TV shows, they don’t try to take over the case. We also contacted the Polly Klaas Foundation to get the latest on what we should do. They took mistakes made from that case, and turned it into the best of circumstances, helping other agencies avoid the same mistakes. Start with a press blitz, post fliers on every shop window, attempt to get the suspect identified. If that is done, if we can find out who he is, we’re one step closer to figuring out where he might have taken the girl. I was immediately hustled off to do a series of sketches from various witnesses, one witness at a time. The suspect had been wandering around the neighborhood, knocking on doors, asking strange questions, before he hit on the victim’s house.

We worked 24/7 on the case. I didn’t go home that night. Between drawings, I attended a meeting at the command center, detailing information I had culled during my sketches from the victims and the witnesses, in an attempt to learn all we could. Aside from my drawings, I had one detail to add: One of my witnesses recalled that the suspect’s shoes were covered with dirt. Mind you, this area he struck happened to be very upscale, and all landscaped. No loose dirt. But being familiar with the area, I recalled that across the main thoroughfare, separating this neighborhood from the rest of the world, there was some lower-income country properties in the midst of orchards, and maybe this guy came from there. It was one more lead to check into.

The next morning, I and another detective headed down to the main county jail to interview a suspect who had just been taken into custody, who looked similar to one of my drawings. Wasn’t the guy. We drove back to town, a good thirty minutes away. Once in town, we stopped at a red light, and we both fell asleep. Time for more coffee. Time for another meeting of the minds with the rest of the team.

Good news. Someone had seen a copy of my sketch on a store window, and said the suspect looked like a guy staying with someone just down the street from her-the same street I’d suggested with the orchards and country property. Other team members went out there, talked with the neighbor, came back with a driver’s license he’d left behind. Victims and witnesses identified him. Now that we knew who he was, we were one step closer.

Hours passed. Search teams were in the air, on patrol, and even on horseback in the rural areas. Down in the south rural county, a farmer reported a fire in his field. They found the suspect, who had started the fire by driving his stolen car in the field. He’d taken the girl into the field, and hidden her. Searchers found the victim, uninjured shortly thereafter. There were a lot of tired but very happy officers that afternoon. I think they weren’t as happy as that little girl, when the officers walked up and found her.