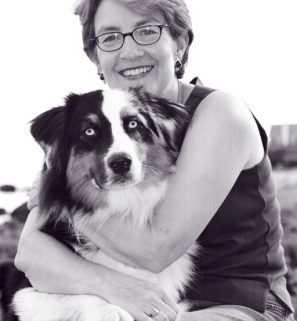 Roberta Isleib is guest blogging today while on a tour for her third advice column mystery, ASKING FOR MURDER (Berkley.) Roberta is a clinical psychologist, the Agatha, Anthony, and Macavity nominated author of eight mysteries, and the president of Sister in Crime.

Thanks for hosting me Lee-and for giving me a chance to talk about my favorite pet peeve: how shrinks are trashed in movies, TV shows, and books. Here’s an example from the movie TIN CUP:

“Meet Dr. Griswold,” golfer Roy McAvoy says to his friends. “This is Molly. She’s my shrink.”

“Ex-shrink,” Dr. Molly Griswold corrects him. “We’re sleeping together now so I can’t be his therapist.”

Dizzy, uptight but sexy, with boundaries like cheesecloth-this was the kind of model I found for a fictional psychologist when I began to write my first golf mystery, Six Strokes Under. And sports psychologists didn’t have the market cornered when it came to looking ridiculous. Shrinks of all varieties have been portrayed in the popular media as bumbling fools, lacking in scruples, or crazy themselves.

From the very beginning, I wanted to use my training in clinical psychology by including reasonable psychologists in my novels. The challenge was to dream up characters who could use the principles of psychology to help solve mysteries without imploding with self-importance, stumbling over personal issues, or crossing ethical boundaries. I wanted to do it right.

Dr. Rebecca Butterman, the protagonist in my advice column mysteries, works with her patients in a way similar to what I did. Only she’s a lot braver (or more foolish) than I would ever be-causing her to nose into mysteries where I’d never go. (I’d call Lee or one of his cohorts without setting one toe on the trail of a murderer.)

One of the main characters in ASKING FOR MURDER is a sandplay therapist, which I discovered I knew next to nothing about as I began to write her. So I found a sandplay expert who talked me through the whole process-I know the book’s richer for her input. I’m begging all you writers-if you’re going to include a mental health professional in your opus, do your research.

Here are a few examples of books, movies and TV shows that I think have done a good job showing my profession:

THE SOPRANOS: I overlooked a lot of fearsome violence to watch Lorraine Bracco’s depiction of Tony Soprano’s psychiatrist, Dr. Jennifer Malfi. My God, wasn’t he the patient from hell? He tested every boundary and she held the line. In longer-term, insight-oriented therapy, the idea is to take what happens between the therapist and the patient and look at it as a microcosm of what life is probably like outside therapy. So when Tony pressed gifts on Dr. Malfi, she wisely and bravely interpreted the underlying meaning of his gestures. Of course you could question the wisdom of conducting psychotherapy with a sociopath, but that was part of the story.

STEPHEN WHITE’S ALAN GREGORY MYSTERY/THRILLER SERIES: Stephen White was also a clinical psychologist before he started writing and his main character has a private practice in Boulder, Colorado. His descriptions of the process of psychotherapy and the dilemmas shrinks face such as maintaining confidentiality, conflicts of interest, and privileged information are right on the money. Other psychology-focused series I really like are GH Ephron’s Peter Zak mysteries featuring a forensic neuropsychologist and Denise Swanson’s Scumble River series featuring a school psychologist.

ORDINARY PEOPLE (1980) based on the novel by Judith Guest, directed by Robert Redford, the shrink played by Judd Hirsch-one of my all-time favorite movies. Hirsch plays a warm, funny, insightful therapist who brings a depressed, guilty teenager back to life. Okay, so the grand revelation is not anything I’ve ever seen or experienced in therapy, but I loved it anyway. I also adored the scene where Donald Sutherland goes in to see the therapist and begins to realize some painful truths about his marriage.

IN TREATMENT (HBO): There’s a lot of buzz about this and I finally had the chance to watch an episode on a transatlantic flight. This was week 3, when Laura arrives late with a story about trying to save a dog who’d been hit by a car. Okay, I was sucked in fast, and it looked a lot like real psychotherapy. But remember that the therapist is supposed to use things that happen in the therapy as grist for the mill-this is called transference. He isn’t supposed to tell the patient “I think it’s time to quit.” I’m going to watch more, but if you pinned me to the mat, I’d say I don’t care for this guy…

And now the doctor is in-ready to take your questions and comments about favorite shrinks, bad shrinks, your shrinks (oh wait, better not go there…)

And please visit http://www.robertaisleib.com to learn more about the advice column mysteries. 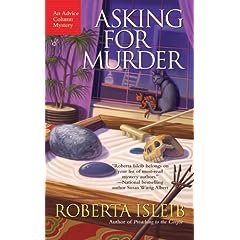