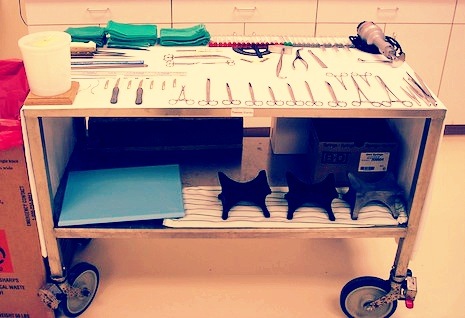 Death is an entirely new chapter for our bodies. The final one, actually. And when it happens, either by natural causes, suicide, by accident, or at the hand of a murderer, the end result is always the same—our human forms immediately begin to decompose.

No matter how it happens, when death occurs, the body starts its downward spiral toward skeletonization, first by cooling until it reaches ambient temperature. Next is dehydration, followed by hypostasis/livor mortis/lividity (the gravity-pulled settling of blood at the lowest point within the skin capillaries and other tiny blood vessels—venules, and in the internal organs), rigor mortis, and then autolysis and putrefaction, and possibly mummification, adipocere formation, etc.

For the purpose of this article, and because they appear in many crime crime novels, we’ll explore the two processes of decomposition—autolysis and putrefaction.

Autolysis should be easy to remember for mystery, thriller, suspense, and especially true crime writers. How so? The process can be, in a macabre sort of way, compared to the horrors that took place inside Apartment 213, the residence occupied by a man named Jeffery Dahmer.

With Dahmer in mind, the role of autolysis in decomposition becomes clear. The serial killer from Milwaukee murdered and butchered several victims, keeping some body parts as souvenirs while dissolving others portions in acid. He also pulverized some bone into dust. Included in his ghoulish activities was cannibalism. Yes, he consumed portions of the men he killed and dismembered. The loosely used connection between Dahmer and autolysis is his taste for human flesh, the cannibalism. Yes, our bodies eat their own, sort of.

When death occurs, the body begins its downward spiral toward skeletonization, first by cooling until it reaches ambient temperature. Next is dehydration, followed by hypostasis/livor mortis/lividity (the gravity-pulled settling of blood at the lowest point within the skin capillaries and venules, and in the internal organs), rigor mortis, and then autolysis and putrefaction, or mummification and so on.

Enzymes inside our body’s cells begin digesting their own cells (self-digestion), a sort of reverse Filial cannibalism. This is the process known as autolysis.

Autolysis is affected by the environment. Heat, humidity, surrounding soil and water and even air current (winds) are all factors in the process of decomposition. Autolytic processes are deterred by the cold. In fact, body organs each suffer different rates of autolysis when exposed to low temperatures. Such is the case after death when a body is stored in a refrigerated morgue cold room.

For example, lungs begin to show signs of disintegration at 36 hours after death while stored in the morgue. At 60 hours, the tiny air sacs (alveoli) are demarcated by rows of red blood cells (erythrocytes).

At 48 hours, in the cold room, myocardial (heart) fibers begin to show a bit of space/separation. Cells within the heart are no longer as well-defined and their exteriors look a little serrate.

Putrefaction is decomposition caused by the microorganisms, such as bacteria, that live inside our bodies.

After the first 36 hours or so, the neck, abdomen, shoulders and the head area begin to turn a greenish color. Next to show up is bloating that’s caused the gas produced by bacteria munching away at the body of the victim. Bloating is most visible around the face.

The eyes and tongue begin to protrude as the gases inside push them forward. The skin blisters and peels away (slippage), and hair falls out.

Skin on the hands and feet sometimes slip off, creating grotesque human gloves and socks.

Red blood cells break down causing an effect known as marbling. These “marbled” patterns are quite visible on the face, abdomen, chest and arms and legs.

The body turns greenish-black and fluids begin to seep outward through the mouth, nose, and other natural openings. Cracks in the skin have formed by now and also leak the foul soup.

Adipocere (aka grave wax), a white-ish, gray waxy substance—adipocere —forms on the face and extremities. After a while, its color changes to a yellow or tannish color. Typically, adipocere takes about three months to develop.

As with autolysis, putrefaction is accelerated by heat and slowed by cool. 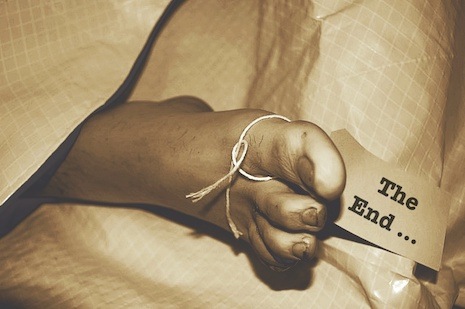 When a Pet Iguana Could Help Police Search Without a Warrant: Search Incident...
Scroll to top