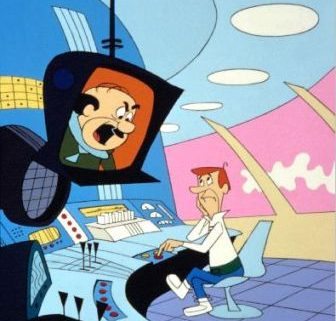 Suppose for a moment that George Zimmerman had relied totally on his cellphone instead of a 9mm? Suppose Trayvon Martin had called 911 to report a suspicious man following him? And suppose each of the two had called a 911 center that was capable of receiving video calls? Surely, had video 911 had been available, well, that tragic outcome most certainly would have been different.

Unfortunately, it’s too late for the Martin/Zimmerman case and the thousands of others like it, but video 911 is on the way. Actually, people will also be able to text their emergency calls too, which is a good thing since many crime victims, such as the frightened students at Virginia Tech, have attempted to text 911 with no response. I’m guessing that people today are so accustomed to texting as their main means of communicating that punching in 911 on the dial pad never occurs to them.

In fact, police departments and sheriff’s offices all across the country are already utilizing video technology in many ways. For example, the Chatham County Georgia Sheriff’s office recently cut the ribbon on their new Video Visitation Center. Sheriff Al St. Lawrence told WTOC news reporters that his jail, on average, receives over 1,000 visitors each day, which translates into 1,000 people and their belongings being searched, as well as strip searches for each inmate who enters and leaves the visiting room. More searches means more deputies. More deputies means more pay. More pay means straining an already-strained budget. And straining anything in law enforcement means reduced safety.

So, Sheriff St. Lawrence had an idea, and that idea was video visitation. After all, police and courts all over the country are conducting video arraignments and bond hearings, so why not visit by video?

Here’s how it works. Visitors arrive and enter the lobby of the 2.5 million dollar Video Visitation Center. They tell the deputy which inmate they’d like to “visit,” and then the visitors asked to have a seat in front of one of the 66 video monitors in the large room. The inmate, who remains in his housing unit, is also seated in front a similar video terminal. Once the deputy makes the connection, the loved ones “video visit” for a specified amount of time. No searches, no inmate transports from housing units to visiting rooms, no contraband flow into the facility, etc. Next up for Sheriff St. Lawrence…video home visits, a way to cut the cost of transportation for family members.

In the case of domestic calls, the victim often calls but changes the story once police arrive. If those first calls were video calls, well, police would have already seen “the heat of the moment,” so changing a story out of fear wouldn’t be an option, which could perhaps save a life. 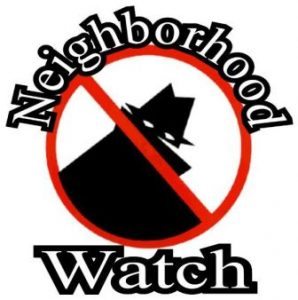 Let’s step away from the video topic for a moment and quickly address Neighborhood Watch programs, which is a wonderful tool—extended eyes and ears for law enforcement. The program works well when it’s working well. I know, that’s an odd statement, but true. Neighborhood Watch is self-explanatory…neighbors watch their neighborhood, looking out for suspicious activity. When/if they see something that appears to be out of the norm they call police. Pretty simple concept and it can work nicely to prevent crime. 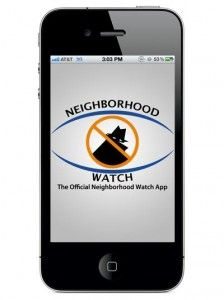 Now, thanks to the National Sheriff’s Association, there’s a tool available to assist neighborhood watchers, and that’s a specially designed Neighborhood Watch app for Smartphones. Using the app, “watchers” not only have the capability of reporting activities to the police, they can also send photos, videos, texts, etc. The app also features instructional videos, mini-training classes, and details about starting your own Watch. The program even features an Ask The Expert section.

The best part about the Neighborhood Watch app is that it is available to everyone, not just already established NW members. There is no monthly fee, like many services, just the one-time $1.99 fee to install the app on your phone.

To get the app, simply search your phone’s app store for “Official Neighborhood Watch App.” or go to nwapp.org.

Castle: Headhunters – A Review and Recap
Scroll to top