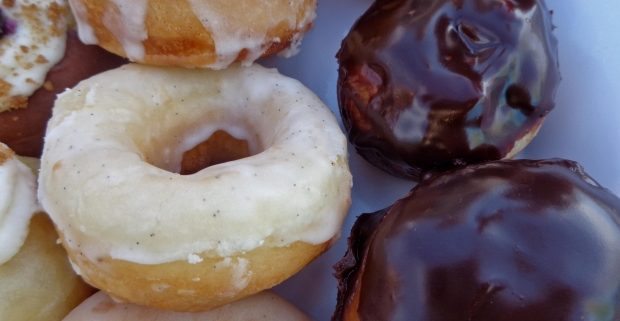 The year is 1988 and I’m assigned to patrol duty in a town called Soft Kitty, Ca. We’re bordered by the towns Warm Fur Baby and Sweet Puppy. All three are located in Squeezemtodeath County. Soft Kitty, where I work, is the county seat.

My name is Officer Usta Luvmyjob, III, and I work the graveyard shift. I carry a gun and wear a badge. It’s my job to protect and serve.

Soft Kitty is a peaceful place with very little crime. The streets are lined with green, leafy trees and flowers of every color imaginable. The walks are clean and the air is fresh. People smile and say howdy, even to strangers who pass through. The coffee is hot and soft drinks are cold. No one curses and no one argues. Kids are polite and respectful. Their parents attend school functions, and families enjoy meals together. Schools are for learning and children love their teachers. The lake is full of sparkling water, and fish are seen each morning jumping as high as three or four feet into the air to catch a bug or two. The skies are blue and grass is soft and velvety.

Everyone in the area works hard to earn a living. The local university produces top-notch graduates with many who move on to become doctors, lawyers, engineers, teachers, and other such careers. Some attend the technical school where they learn to cook, build, and drive big rigs. The dropout rate is low. Teen pregnancies are low. And drunk driving charges are few. Soft Kitty is a nice town.

Sure, Billy Buck “Bubba” Johnson occasionally goes off the deep end and tears up one of the local bars, and once in a while somebody catches his wife in bed with a neighbor and subsequently uses his trusty 12 gauge to generously aerate her lover’s nude body. Once, the president of the bank ran off with with one of the tellers, a big-haired woman who, at the time, was married to a local farmer. They took few thousand dollars from the vault and hit the road. They didn’t get far, though, before the Highway Patrol caught up with the adulterous couple in Happytown, near the Oregon state line.

For the most part, though, we answer barking dog and peeping Tom complaints. We write a few traffic tickets and keep the undesirables outside the city limits (those Sweet Puppy folks can be downright ornery, especially so on Saturday nights).

Pot smokers and growers were once a bit of a concern for us. After all, the government was spraying marijuana crops with Paraquat, a chemical linked to cancer, and President Reagan and his wife Nancy were leading the anti-pot crusade. Next came George Bush, Sr. and Desert Storm, a war that sent a lot of police officers back into active military duty. Some never came home.

Anyway, we kept a close eye on the long-hairs and the people they hung out with, making sure to snag them if we saw them driving or smoking weed in public. Our narcs where forever finding  and destroying grow operations, but they always popped back up in new locations.

Then, seemingly all at once, crack cocaine entered the picture and things really went downhill. That’s also the time when bad guys started carrying semi-automatic pistols instead of cheap pawn shop revolvers. We, however, still had six-shooters in our holsters, which meant the crooks were far better outfitted than the police. So, to “keep up with the Joneses” we started making the switch as well. What a learning curve that was to go from carrying 18 rounds (6 in the gun and 12 in speed loaders) to 16 in the pistol and an extra 30 in spare magazines worn on our gun belts. The training was a bit intimidating at first, but we got the hang of it. Still, a few of the old-timers opted to keep their old wheel guns in lieu of the semi-autos. Change is tough, especially when it comes to a tool that could save your life.

With the influx of crack came an increase of criminal activity. Property crimes increased enormously. Assaults were up. Murders and other shootings became commonplace. Shots-fired calls became a regular thing. Stabbings increased. Robberies. Rapes. Car thefts. Break-ins. They all topped the stat charts.

Drug dealers hung out on street corners and in front of “drug houses,” selling to people as they drove up. Curbside service was the way to go, too, because the dealers/runners only held a small amount of crack that could easily be swallowed or dropped if they saw us coming. Or, they could simply run away before we pulled up. The main stash was inside one the nearby houses, but pinpointing which one required significant surveillance and manpower. Unfortunately, all our manpower was more usually tied up working on keeping the ever-growing crime rate at a manageable level. But we were simply outnumbered. Crack was ruining our beloved Soft Kitty.

Not long after crack took hold, criminals began to resist our attempts to arrest them. Prior to crack, it was almost a rarity to encounter someone who seriously fought with police officers. Yes, there were some, but not every Bill, Chuck, and Susie. Then they started shooting and lashing out at us with knives. They punched, kicked, and bit. They tried to hit us with cars as they made their escapes. Then they killed an officer. And then another.

Crime grew worse over the years and citizens grew weirder with each passing week. Smiles morphed into frowns. Everyone began to use the “F” word at least once per conversation, and it appears numerous times on internet correspondence and social media (social media is a topic for another day). People said things and were forced to apologize just mere minutes later. If not, a backlash would follow that could instantly ruin their careers. Politicians stole and cheated and lied. Police chiefs and sheriffs were arrested for corruption. Infrastructure started to fail. Kids were texting and driving and crashing their cars. Children were abducted, raped, and killed. Both male and female teachers were caught having sex with students.

Next came the time when people were suddenly afraid and offended by and of everything, including words. “It hurts my feelings when you say that word.” “You offended me when you raised your hand to ask a question.” “We want you to resign because you said what I said offended you.” “Your hair offends me.” Your clothing offends me.” “I’m scared to go to class because someone there might say something that hurts my feelings.” We can’t study history because it’s spooky. Make it go away!”

Things became so bad, actually, that in the year 2016 citizens voted to change the name of our once fair city to Scaredtown, and the name, as I understand it, has remained the same since.

Soon after the name change, city workers began erecting new signs at each of the roads leading into Soft Kitty/Scaredtown. Now when you drive in the first thing you see are those colorful advertisements that read:

Where Everybody Gets a Trophy!”

Long gone are the days when I could pull up beside the Billy Buck “Bubba” Johnsons of the world and tell them to get inside my car because they’re under arrest for a crime they’ve committed. Nowadays we need to roll out a dozen officers and a camera crew for every arrest. We can’t speak without someone twisting our words and making them some sort of social issue. We can’t look at people because it offends them. And, well…this new breed of “I’m Scared and Offended By Everything” people are driving the world down the toilet and they’re taking us with them. And don’t get me started on politicians and terrorism.

Man, I long for the days when policing was about protecting and serving our communities. Now, well, we’re heading toward a time where officers will be forced to spend more half of their time defending every single move they make.

You know, somebody ought to write a book about this stuff. I’d bet a dollar to donut that it would sell.

Donuts…I’d also wager that somebody somewhere is offended by the mere sight and/or smell of them, or even seeing or hearing the word. Well, I’m not apologizing. I said “donuts,” and I’m not taking it back. And yes, I do know the proper spelling is doughnut, but I favor Dunkin’s spelling choice. Don’t like it? I hear there are donut safe spaces in the back rooms of some bagel outlets. In the meantime,

I Once Arrested an Intoxicated "Beluga Whale," and Other WTF Mome...
Scroll to top