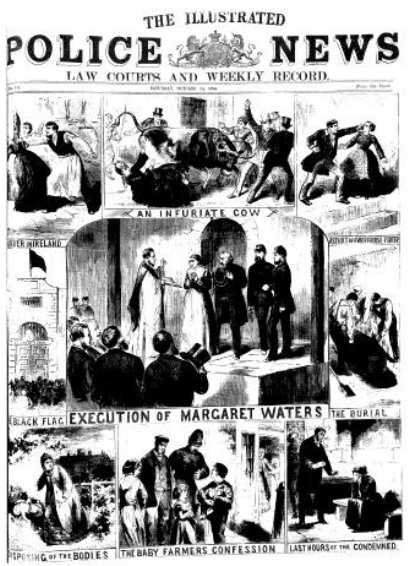 Naples, Fla. – The Collier County Sheriff’s Office settles two TASER cases in Federal court. In the latest case, where officers used their TASERS on a handcuffed man, the department agreed to settle for a sum of $95,000. One day earlier, the same department agreed to pay a settlement of $50,000 to the family of a teen who died after being shot with a TASER.

Milwaukee, Wi. – Deputy Scott Krause has been sentenced to 18 months in prison for punching a handcuffed man in the face. The suspect/victim was seated in the back of Krause’s patrol when the assault took place. The officer claimed he has post traumatic stress disorder and didn’t remember punching the man.

Muncie, Indiana – Rocker Ozzy Osborne and his son, Jack, each donated $4,500 to the police department’s K-9 program. The department used the money to purchase “Ozzy,” their new K-9. Ozzy will take the place of an older dog that is set to retire. Jack Osborne had worked at the department as a reserve officer during the filming of a reality TV show.

Pasdena, Ca. – Attorney John Burton says he has proof that TASERS can cause cardiac arrest when fired directly onto the chest area. His source? A 2006 report from TASER stating, “being hit by a TASER is unlikely to cause cardiac arrest, but nevertheless recommended TASER darts not be fired near the heart to “greatly reduce any concern for induction of ventricular arrhythmias.”

Some medical experts have said a direct shot over the heart area can increase the subject’s heart rate from a normal 60-80 beats per minute to as many as 220 beats per minute, for a short period of time.

Many police officers who’ve been shot with TASERS as part of their training claim the device does not cause any heart trouble. However, these exercises are conducted in a controlled environment. A more accurate test of the TASER would be on police officers who’ve been drinking alcohol and/or using illegal drugs, such as crack cocaine. After all, those are the people, the substance abusers and addicts, who seem to be experiencing the trouble, not strong, healthy, sober police officers.

Chicago – A woman who was chatting away on her cell phone struck and badly injured a state trooper working a traffic stop. The driver also ignored pleas from her passenger to move over for the trooper. The driver was charged with aggravated reckless conduct, a felony. Her bond was set at $50,000. The trooper, a mother of a young child, was placed in intensive care with a shattered pelvis and two broken legs.

* Please, please, please register for your hotel rooms! They’re going fast, and I’ve only managed to secure a limited number. There are several other large events in the area the same weekend as our event. The hotel will not bill you for the room until check in. Remember, the hotel is providing free shuttle service to and from the airport, and to and from the academy. They’re also providing free breakfast for registered guests who’re attending the Writers’ Police Academy. All that for a mere $79 per night. I’ve never, ever seen a deal like that at any other writer event.

If you’ve already registered for your room, but neglected to ask for the WPA deal, please call the hotel to make the change. It’s very important that you do so.

Castle: The Mistress Always Spanks Twice – A Review of the Police Pro...
Scroll to top