The Mistress Always Spanks Twice, tonight’s episode of Castle, was written by San Jose, Ca. native, Kate Sargeant. Since I’m also a former resident of the Silicon Valley, I’ll try to play nice. But that may prove to be a bit difficult when revisiting a few sticky spots in this show. We’ll get to those in just a second. First, let’s join M.E. Lanie Parrish as she disappointingly reverts to her old nonsensical forensics. And I had such high hopes for Lanie, too, since she’d shown such promise in the past few episodes. I guess writer Kate Sargeant (Sergeant played Emily in the 3 Ninjas movie, and was a casting assistant for the 2006 Superman Returns film) didn’t feel the need to research most of Lanie’s findings, opting instead for the absurd, which has been par for the course on this show.

The show opens with a jogger discovering a caramel-covered victim hanging from a set of monkey bars. The runner called the police and Beckett and crew immediately set the wheels of justice in motion. The crime scene is instantly crawling with enough uniformed police officers to make a Rodney King traffic stop.

Enter M.E. extraordinaire Lanie Parrish. Parrish does offer a couple of good points, such as the petechial hemorrhaging she observed on the victim. Petechiae are tiny red dots of blood found just under the surface of the skin. The dots are red because they’re actually red blood that has leaked from the capillaries into the skin. This condition can be caused by a number of things, such as allergic reactions, viral infections, trauma, and in the case of last night’s victim, asphyxiation.

– Parrish delivers her lines well. Much better than the early Lanie Parrish who didn’t seem at all comfortable saying technical medical terms like “blood” and “wounds.” Anyway, Parrish states that this victim was killed between 10pm and 11pm the previous night. She made this guess based on the victim’s body temperature. Now, we all know that a body, under near perfect conditions, loses heat at a rate of approximately 1.5 – 1.6 degrees F. per hour until it reaches the temperature of its surroundings (ambient air temp). So, judging by the winter coats worn by the folks in the image above, I’d say it was a little bit on the cold side. Therefore, the cooling process would have been accelerated. To have come to her conclusion, Parrish would have needed to take a core temperature by making an incision in the skin and then inserting a thermometer into or near the liver, or by taking a rectal temperature (note the lack of M.E. tools, and that the victim’s rectal covering clothing are still intact). Then she’d have to factor in the overnight air temperatures to reach an educated guess. Shoot, even the position of the body can affect its temperature. One that’s hanging up, exposed to the wind and other elements, will cool a little faster than one that’s lying balled up in a fetal position.

– The M.E. says lividity tells her the victim spent several hours in the fetal position. Livor Mortis, (the pooling of blood in the lowest portions of the body after death due to the pull of gravity) begins approximately 30 minutes after the heart stops beating, and can last up to 12 hours, or so. Lividity can change during the first six hours by repositioning the body. After 6 hours has passed, lividity becomes fixed and will not change when a body is moved. Either way, it’s not likely that Parrish would have known if the body had spent any amount of time in a fetal position.

Rigor Mortis, the stiffening of muscles after death due to the loss of Adenosine Triphosphate, the substance that allows energy to flow to muscles, begins around two hours after death and lasts for approximately 8 – 12 hours. During Rigor Mortis, the body is quite rigid, therefore, it would be impossible to change its positioning from a fetal position to hanging limply from a set of monkey bars. The joints simply would not bend.

Parrish’s conclusions, as usual, are not based on fact, nor are they substantiated by the evidence. This doctor’s predictions would be just as accurate. 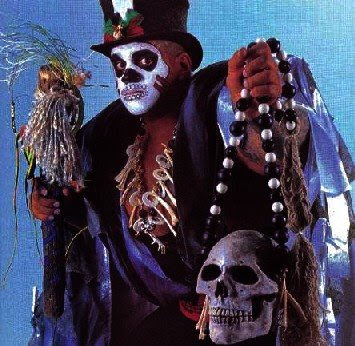 – Beckett and her usual entourage (ever notice how she travels like a rock star with people in tow to take notes, and fetch this and that for her) search the victim’s apartment, and they question the roommate while they’re there. Of course, the roommate was the killer. That fact was so, so obvious they may as well have hung a flashing neon sign on her chest. Well, the crew finds nothing of value, so Beckett tells her sidekicks to trace the victim’s cellphone, hoping it would be GPS equipped. This was good. That’s what investigators would do, although I’d certainly hope that by now Beckett’s Boys would be able to make one move without having to be told to do it. It’s high time those two joined the Scarecrow and went to Oz to fetch a pair of brains.

Okay, I finally figured out how this show is written. The writers pass around a blank boilerplate script each week and simply fill in the blanks. I say this because the actors do the same things week in and week out, over and over again. At least Bill Murray and sidekick had a reason for doing that. 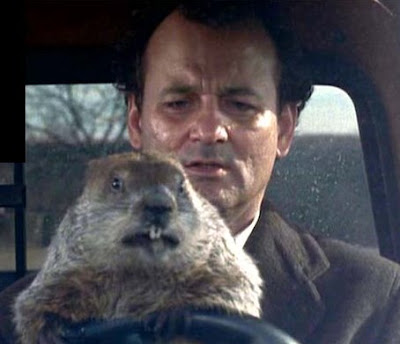 Even the captain, who has a very small role in the show, is far too predictable. Somewhere around the mid-point of the show he’s seen standing with Beckett and Castle. Then he says a pithy line or two, and then abruptly turns and scurries back to his office. He does this with the same delivery each and every episode. I like his character, but do something different with him once in a while. At least let him walk down the hall for a cup of coffee, or something.

As usual, Beckett makes a phone call to her never-say-no judge to obtain a search warrant. Is this guy ever in court? Does he sit in his chambers 24/7 waiting for her call? Besides, she’d have to go to the judge to get the warrant. The process involves actually writing an affidavit and taking it to a judge or magistrate. Phone-in search warrants have not yet been approved.

I laughed out loud at Castle’s comment about Beckett interviewing Sam in a box with a fox. That’s what this show is all about. So why, why, why, do they write in so many glaring and distracting police inaccuracies? Sure, this is fiction, but fiction must be believable. No, it doesn’t have to be totally realistic, that’s a documentary. But fiction needs to be believable, and this show falls way short on the believability meter.

Have you seen the movie Big Fish? Total fiction and fantasy, but it was told by a dying man who made it all seem believable.

This servant-type thing during an investigation should never happen in real life. If it did, the detective’s credibility and authority would be about as solid as…

Again, this episode was far too predictable.

I knew the minute something was said about this woman’s lipstick that we’d be hearing about again, either as a clue, or a red herring.

Beckett’s Boys report that the victim’s pillow had been analyzed and saliva had been found on it, indicating that she’d screamed while being suffocated. WHAT??? How many pillows in this world have their owner’s saliva on them. Do all droolers scream in their sleep? Nonsense!

This is also the point where Beckett tells the Boys to book the killer. Based on what? A glob of drool on the victim’s goose down pillow? I’d love to hear that testimony in court.

So, the killer was the victim’s tiny, petite little roommate. Please tell me how that little woman had the strength to stuff her 105lb roommate into a suitcase, wheel her down to the park, shove her body through the lower bars of the monkey bar apparatus, and then hoist the victim in all her dead-weight glory to the top of the cage. Oh, she also had to use her free hand to secure the victim’s hands/wrists to the tip top of the bars so they’d support her weight.

It would be a little difficult for large wrestler to accomplish this task.

Southland: Butch and Sundance – A Review of the Police Procedure
Scroll to top