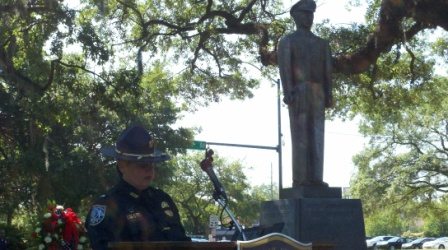 In 1962, President John F. Kennedy designated May 15 as National Peace Officers Memorial Day, and that week as Police Week. Each year since, officers all across the country pay tribute to the officers who were killed in the line of duty.

Yesterday, Denene and I were honored to join Savannah, Ga. area law enforcement officers as they paid tribute to the 51 local officers who paid the ultimate sacrifice. 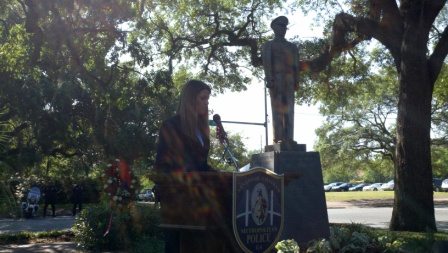 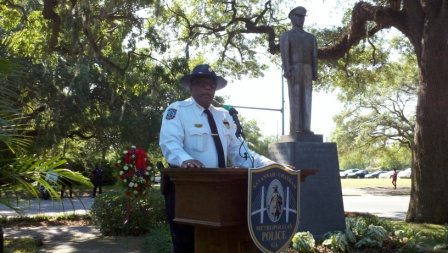 Savannah-Chatham Metro Police Chief Willie Lovett welcomed and addressed the largest audience to turn out for the annual ceremony. 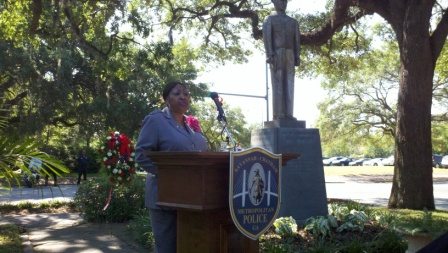 Savannah Mayor Edna B. Jackson expressed her appreciation for the local police, and for the outstanding job they do keeping Savannah residents and visitors safe. 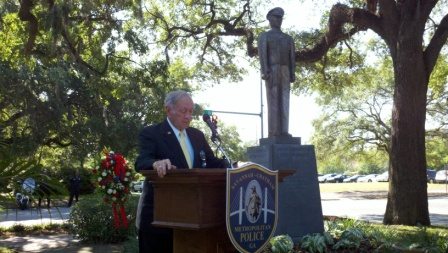 Chatham County Sheriff Al St. Lawrence, who’s served in Savannah area law enforcement for over five decades, remembered the fallen officers he’d worked with during his service as a police officer and administrator. 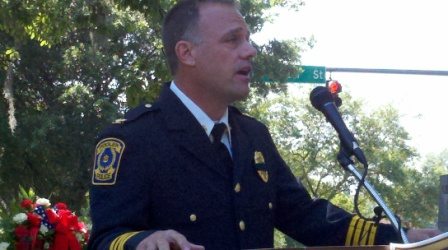 Pooler, Ga. Chief of Police Mark Revenew delivered the keynote address, noting that police officers run toward danger while others flee for safety. 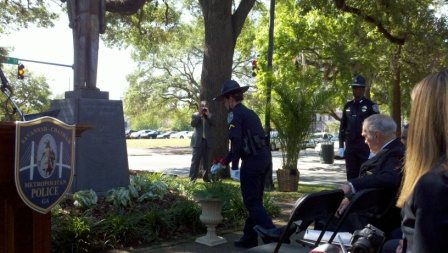 APO Heather Clendening and APO Jeremy McKnight presented a single red rose for each of the 51 fallen officers. 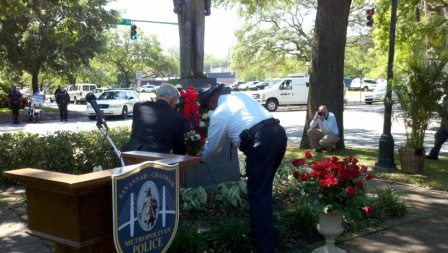 The video below is a wonderfully produced story of yesterday’s ceremony (WSAV video).

* 41 officers in the U.S. have lost their lives in the line of duty so far this year.