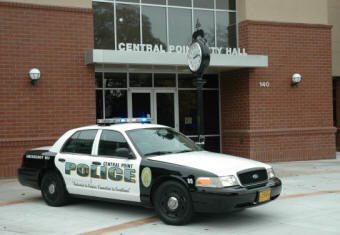 Police cars aren’t all that much different than the cars driven by civilians. They do have heavier suspensions, and they’re fitted with larger alternators because of the extra electricity that’s need to power all the radios, lights and sirens. Heavy-duty brakes are installed on patrol cars since quick, hard braking is often required during pursuit driving. Some police cars have coolers on the transmission lines. Other than that, they’re basically equipped the same as any other automobile.

Patrol cars are meant to be highly visible. They’re usually marked with the department’s reflective logo and, they’re equipped with some sort of emergency lighting system. Some departments use rotating halogen lights while others prefer flashing strobes. Many agencies use a combination of both. Each jurisdiction has its own rules regarding light color – usually red, blue or a combination of both.

Light bars are positioned on the top of a police car and stretch from one side to the other. They’re held in place by a bracket attached to the inside of the upper door frames. A hole is drilled into the car top creating a passage for light’s wiring harness. The hole is waterproofed using a rubber gromett and silicone sealant.

Each light bar is equipped with colored warning lights and spotlights aimed to the front, rear and sides. The side spotlights are called alley lights. Front-facing spot lights are called take-down lights because they’re often used during high-risk traffic stops – taking down a suspect. 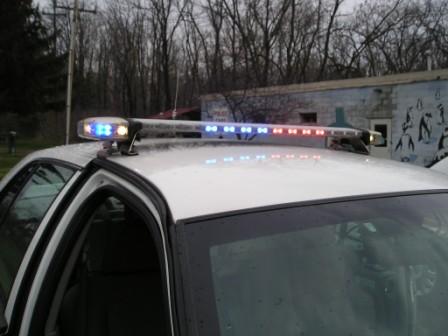 Low profile light bar equipped with flashing strobe lights. It’s called a low profile light bar because it sits low and tight to the car roof. People often mistake it for a luggage rack. The deception sometimes allows the police car to approach without being detected as easily as a car with a taller light bar. 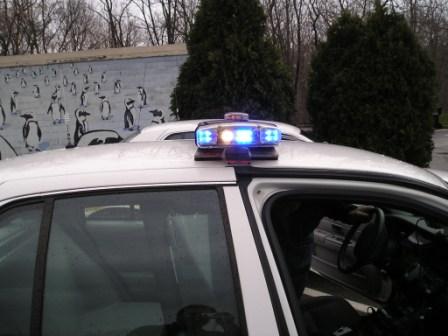 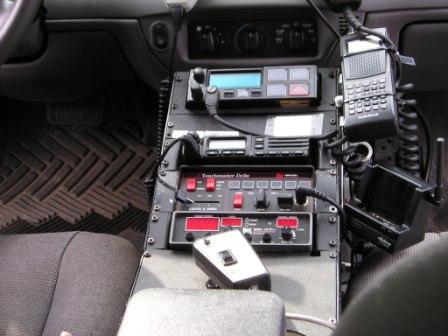 Equipment in the console above starting at the top:

The rear seating area of a patrol car serves as a mini-jail cell. The window and door locks and controls are disabled to prevent escape. Heavy metal and plexiglass screens divide the front and rear compartments. The rear seat is made from hard plastic. This allows for easy cleaning (Drunks tend to make a big mess. Yes, patrol officers are often required to clean their own cars). 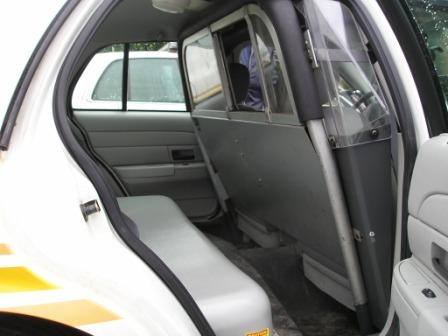 Rear compartment of a patrol car.

Shotguns are mounted in the front compartment of patrol cars. Some departments prefer an upright mount near the dashboard. Others prefer a mount behind the driver’s head. Both are kept locked at all times. To unlock the shotgun, officers press a concealed button in or near the center console area. 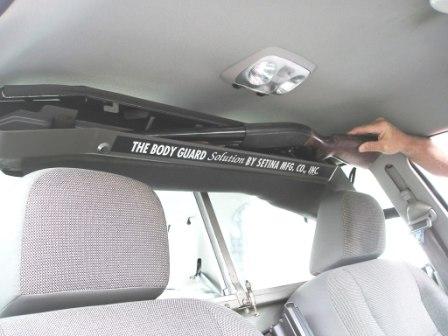 I’ve included this photograph as a quiz. Can anyone identify the round, white object? Hint…there’s at least one in almost all police cars. 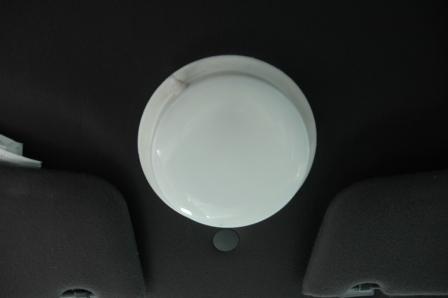 The Morgue
Scroll to top