Officer I. Aintskeert responded to back-up Ben Knowsitall, his shift partner of twenty years. Knowsitall was pinned-down behind his vehicle at a domestic violence call, where a drugged-up homeowner/professional wife beater opened fire the moment the unsuspecting officer parked in the driveway, got out, and started walking toward the house.

The situation facing Knowsitall was precisely the reason the academy training officer emphasized that responding officers should always park at the street to give themselves time to assess, and to not rush blindly into an ambush. But complacency often reigns, especially after several years on the job without a single bullet wound. Knowsitall regretted that he’d let down his guard.

As every officer within a ten mile radius raced to assist, Officer Aintskeert pulled his patrol car near his buddy to help shield him from the barrage of bullets zinging precariously close to his shaved head. “Hey, it’s sexy,” he’d told his coworkers the day he hairlessly returned to work after Miss Ethel of Ethel’s Beauty and Chitterling  Emporium spent the better part of the morning shaving, clipping, and weed-wacking on his football-shaped dome.

Between snips and cuts, she’d taken time to stir the barnyard-stench-inducing pot of boiling entrails on the stove situated conveniently beside her styling station. His buddies had feigned disgust as he told of how he’d looked on as she used a wooden spoon to fish a few of his freshly-shorn hairs from the steaming cauldron.

However, the abhorrence lasted only a few minutes, because when the noon hour rolled around, with mouths in full watering mode and bellies growling like angry lions, they’d all practically run to Miss Ethel’s place to purchase a fresh dish of yummy, slimy, and stinky chitterlings.

Miss Ethel definitely knew the way to a cop’s stomach, and their hearts. She also knew how to tickle their funny bones when it came to preparing porcine delicacies. Sure, the “pig thing” is offensive to cops, but they simply loved Miss Ethel’s cooking so much that they overlooked her quirky sense of humor … 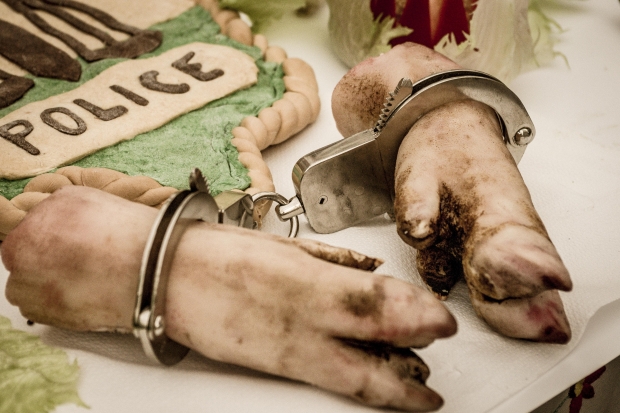 “Never fear, Ben, ’cause I. Aintskeert is here!” said the cocky newcomer to the firefight. He continued his attempts to calm his distraught partner while he pawed through the contents in the trunk of his patrol car. He shoved aside two shotguns, a sniper rifle, a stack of traffic cones, a lemon yellow raincoat, and a small cooler containing his lunch—two PP&Js, a bag of corn chips, and a large Zippy-Pop Orange Soda. Beneath those things was a black vinyl bag, the object for which he searched so diligently. He pulled out the container, set it on the pavement, and extracted its contents … a brand new Bullet-Proof Origami Shield.

Officer Aintskeert unfolded the shield and placed it between Knowsitall and the caveman-looking madman who was still lobbing .357 rounds in their direction. When a round pinged off the edge of Aintskeert’s left front fender, he, too, dove behind the flexible shield. Twenty minutes later SWAT arrived and terminated the threat. Well, the guy ran out of bullets and surrendered, but it sounded way “cooler” to say “terminated the threat,” right?

Okay, that was a bit goofy, but the origami shield is very real.

Designed by BYU engineers, the lightweight folding shield is made of 12 layers of Kevlar and is capable of stopping bullets from 9mm, .357 Magnum, and .44 Magnum pistols.

How the Origami Shield Works 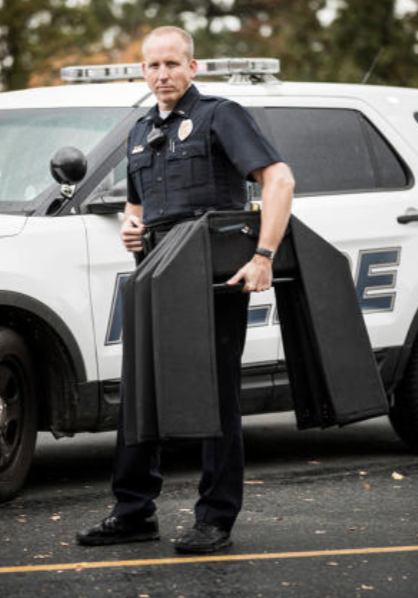 Simplicity is a must when on the receiving end of gunfire. Officers often have only one “shot” at getting it right! 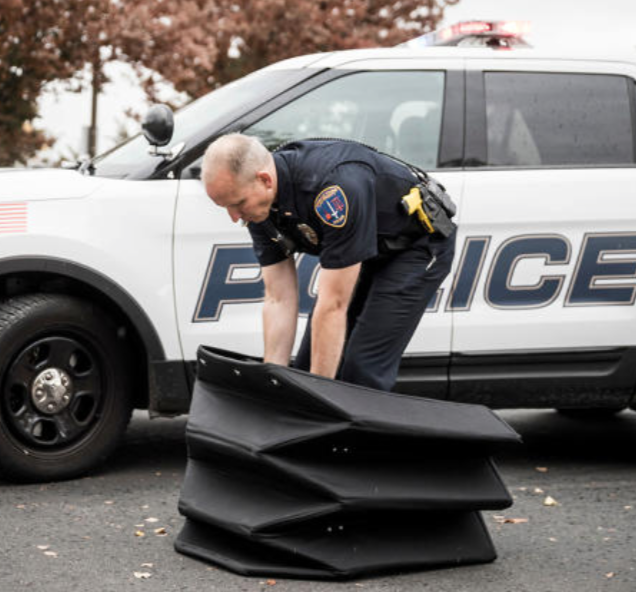 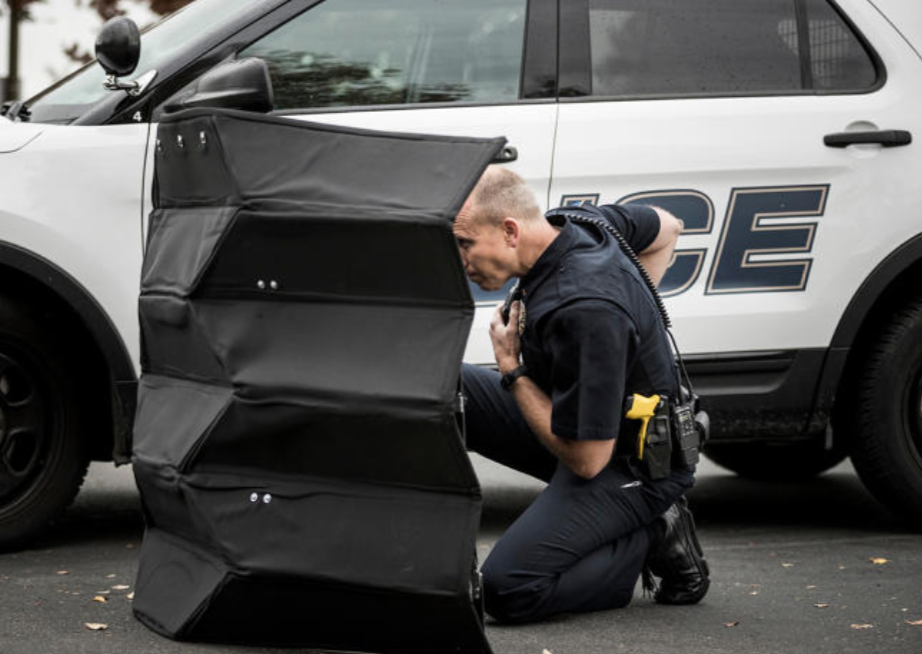 The new origami shield provides lightweight protection for one or multiple officers. The origami shield weighs only 55 lbs., whereas its metal counterparts could weigh as much as 100 lbs., or more. And, the latter does not offer as much coverage. For example … 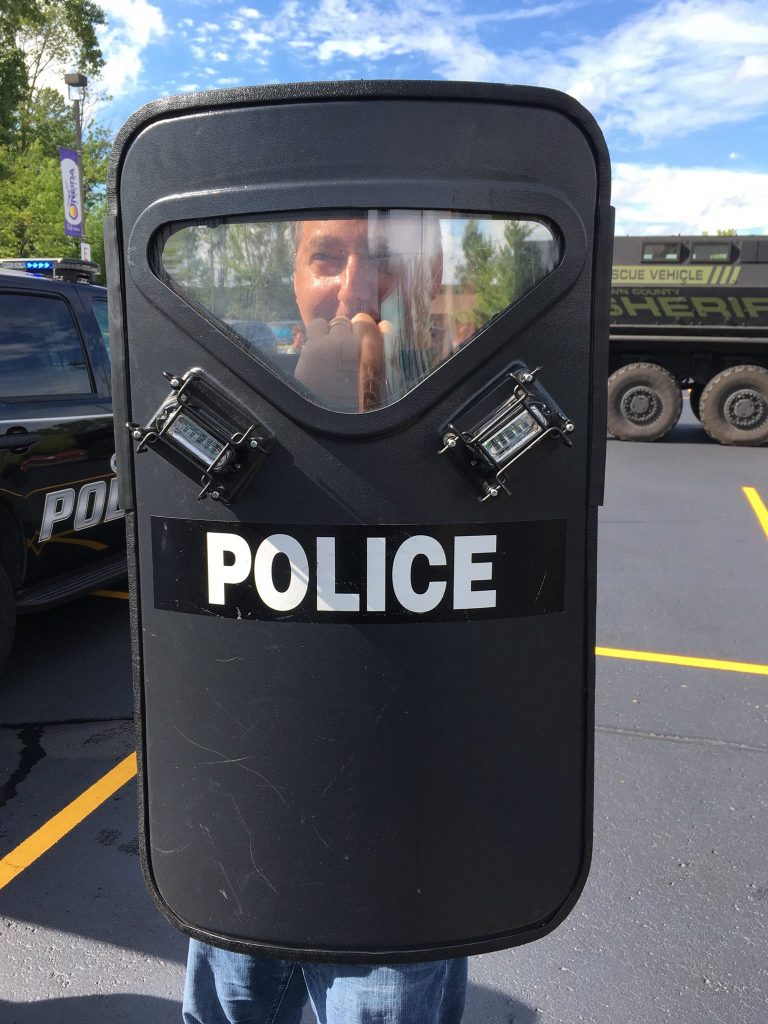 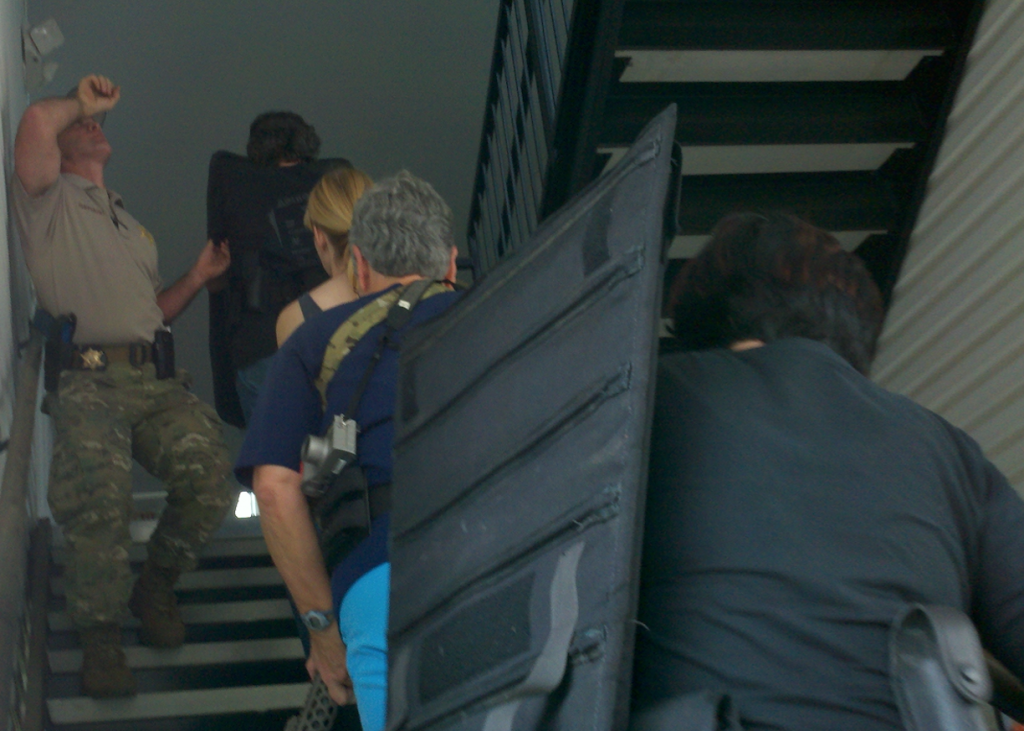 Building Searches – 2012 Writers’ Police Academy. Once upstairs and prior to entering the condo to search for bad guys, WPA recruits learned how to effectively utilize the shields and their weapons while safely conducting the search.

Helpful Hints for the Accident-Prone Police Officer
Scroll to top