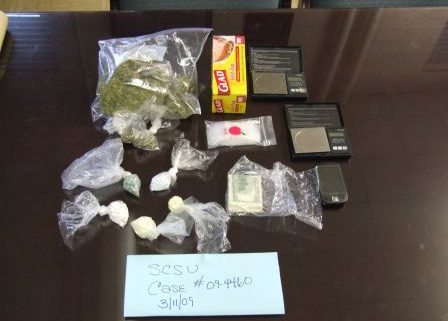 NFL player Ryan Moats stopped for a red light, but proceeded through after he’d determined it was safe to do so. What was his hurry? His beloved mother-in-law, Jo, was in the hospital, just seconds away from death.

Moats and his wife had received the devastating news and were on their way to the hospital when Dallas police officer Robert Powell observed Moats’s stop-and-go at the traffic light. Powell then activated his emergency equipment (that’s cop speak for turned on his lights and siren) and followed Moats into the hospital parking lot. That’s when things really got ugly.

Let’s examine the officer’s actions. Was he right or wrong for holding Moats for 13 long, agonizing minutes while his mother-in-law lay dying? You be the judge.

Was Officer Powell in the right for:

1) Ordering Moats and wife to remain at their car?

2) Moat’s wife refused to stay at the car. Powell draws his weapon.

3) Threatening to take Moats to jail if he doesn’t produce his insurance documents.

4) Moats pleads his case, but Powell tells him to shut his mouth.

6) Officer Powell threatens to issue a separate ticket to Moats for parking illegally in the hospital parking lot. (In most areas, the police may not issue a traffic summons for handicap parking violations on private property).

7) A hospital nurse comes out to say that Moats’s mother-in-law is dying that very second, and that’s Moats is needed inside. Officer Powell responds by saying, “All right. I’m almost done.” Then he finishes writing the summons, and proceeds to lecture Moats about running the red light.

8) Officer Powell tells Moats he can “screw him over” if he doesn’t cooperate.

Moats’s mother-in-law passed away before he reached her room.

Chief David Kunkle has apologized for Officer Powell’s actions. Officer Powell is currently on paid suspension, and has offered a written apology to the Moats family.

Here are the unedited in-car videos of the Moats traffic stop.

* Tomorrow, our guest blogger is Thomas B. Sawyer, head writer of the Murder She Wrote television series.

Thomas B. Sawyer: Writing for Murder She Wrote
Scroll to top