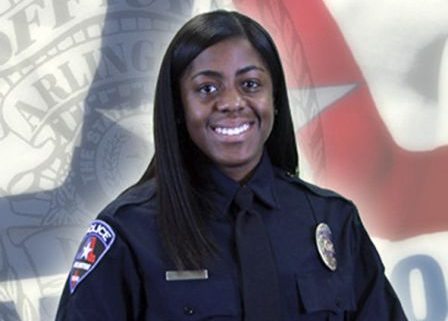 I remember the feeling of answering your first calls with your field training officer stuck to you like glue, making sure you didn’t do or say anything dumb. It was also the FTO’s responsibility to keep you safe. Sure, you’d been through months of training at the academy, but nothing could prepare you for the real street action.

Years later, I, too, became a field training officer, watching over the rookies as they learned the ropes and tricks of the trade. It’s a period in an officer’s career that’s not unlike a baby taking her first steps. They stumble around and mom or dad is always there to catch them when they fall. But there are some in this world who never trip. They never stumble. Those are the ones who hit the carpet running. And that’s the story of Arlington Texas Police Officer Jillian Smith.

Jillian was a typical girl in high school. A good student and a cheerleader. But there was one thing that set her apart from the other giggling  sixth-graders. She wanted to be a police officer, an interest sparked by the local D.A.R.E. program.

Smith, with her goals in mind, received a bachelors degree in criminology from the University of Texas where she graduated with honors in August of 2009. Six months later she was hired by the Arlington Police Department. She checked the first goal off her list and entered the police academy—Class 41. Again, her drive was evident. She earned top grades in many of the classes and she graduated on August 20, 2010.

With her academy training behind her, Smith breezed through the field training program, completing it on December 13, 2010. She now had another goal in mind. She wanted to get some street experience behind her and then, hopefully, sign on with the FBI. That was two weeks ago.

Tuesday night, fifteen short days after completing all her training, Jillian Michelle Smith was shot to death while protecting an 11-year-old child during a domestic dispute. Officer Smith had responded to a low-priority call where a woman wanted to file a report of abuse by her husband who had already left the residence.

Officer Jillian Smith was a true hero, and if she were able to do so she could check one more item off her list. You see, Officer Smith firmly believed she was on this earth to protect and serve the community where she lived. And she was right. Because of her bravery a child lived to see another day.