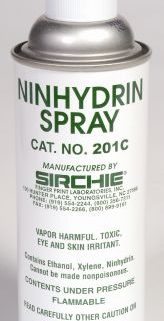 Ninhydin is a chemical that reacts with the aminio acids found in fingerprints. When the chemical contacts the amino acids, the combination of the two turns a bright purple color. The coloring is known as Ruhemann’s purple, named after the man who discovered ninhydrin, Siegfried Ruhemann.

Ninhydrin has been around since 1910, but wasn’t officially used for law-enforcement purposes until 1954. Ninhydrin is especially useful for the detection of fingerprints on porous surfaces, such as wood and paper – items where normal print powders can be nearly useless.

Ninhydrin comes in pre-mixed aerosol cans and, in a chrystal form. When using the chrystals, detectives and crime scene investigators must mix the ninhydrin with a carrier, such as acetone – the same chemical that’s found in fingernail polish remover – or alcohol. The mix is then placed in a spray bottle for use. 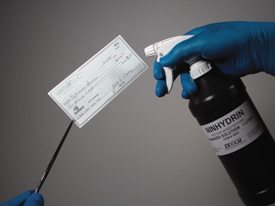 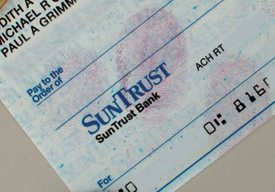 * Ninhydrin can cause ink to run, so it’s best to perform all other testing, such as handwriting analysis, before applying the chemical.

Ninhydrin is extremely flammable; therefore, investigators must use caution when using it. 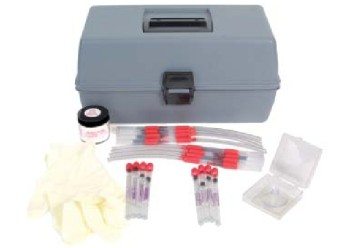 Iodine fuming is also used for developing prints on porous items, such as paper, cardboard, and raw wood. Iodine fumes react with fat deposits found in fingerprints. When the chemical contacts the fat, it turns the print a brownish color. Iodine evaporates quite rapidly; therefore, developed prints can fade away. Investigators must photograph fingerprints developed with iodine. 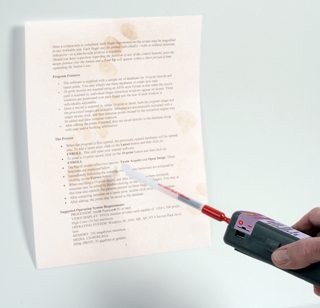 Fuming with a iodine fuming gun, a device that blows iodine fumes across the taget area. 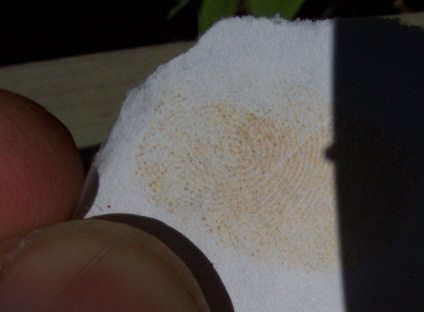 Any man who will look into his heart and honestly write what he sees there will find plenty of readers. ~Edgar W. House

(I stole this quote from Jess Ferguson’s blog site. Thanks, Jess.)http://jessyferguson.blogspot.com/

*I was recently interviewed by Emmy Award winner Hank Phillippi Ryan. You can read the interview here: