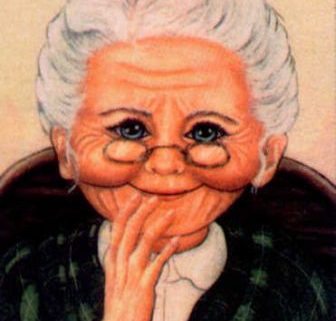 The entry team has been briefed and they’re in position at the front door. A second team is standing by at the back door. Other officers are covering each of the windows to prevent someone from slipping away. It’s an impressive sight, all those highly-trained police officers dressed in black, holding enough firepower and break-and-rake tools to overtake a small country. On command, the entry team moves like a well-oiled, precision machine.

First, the distraction, a technique used to be sure the team members at the front door are able to make a safe entry into the home. CRASH! A side window is broken by an officer swinging a crowbar (Break). Shards of broken glass are “raked” away from the window frame and sill. BOOM! A flashbang is tossed into the bedroom. The cover officer aims his weapon at the inside and clears the room (Never insert the gun barrel past the window frame. You don’t want some thug grabbing it and taking it away). Now, with all attention diverted toward the crash and explosion, the battering ram hits the front doorknob. A second CRASH! The house is suddenly flooded with heavily-armed police officers who mean business. They’ve come for the wanted suspect and they’ve caught him with his “pants down” (sometimes you really do catch them that way!). People scream. Men run. Woman yell. Babies cry. Dogs bark. Cellphones ring. TV roars. Radios crackle. Handcuffs click. And finally…silence.

That’s how a search warrant execution can go. They’re dangerous. Exciting. Adrenaline flows like whitewater. Heart pounding against the inside of your chest. Pulse pushing against the neck.

Ah, yes…the excitement. But not so for me on one summer night…

It was to be the largest heroin bust I’d ever made. Hell, finding any heroin would have been the largest heroin bust I’d ever made. But this was supposed to be the mother-lode. I had all my I’s dotted and T’s crossed on the warrants and we were ready to make our move. I absolutely wanted no mistakes. None. So the team was briefed, re-briefed, and briefed again. Besides, we’d worked together for so long that we could practically do a safe entry with our eyes closed. Still, you never know.

Sometimes I preferred to surprise the bad guys by simply knocking on the front door (with everyone else hiding around the corner). Occasionally you get lucky and they open the door, thinking it might be Aunt Susie or one of their regular customers dropping by to re-up their supply. I decided to go for the door-knocking this time—the polite kind, not the cop-knock where you slam the door with the butt of your fist or end of a flashlight. Always use command presence, even with a door-knock, right?

I stand slightly to the side (I’m allergic to bullet holes).

I’m prepared to grab my suspect and pull him outside.

The stopper was instantly pulled on the boiling adrenaline. I felt it swirling away at the bottom of the bowl.

“No, he’s out with some of his little friends.”

“Are you related to him?”

“No. I’m his grandmother’s live-in nurse. She’s here, though. Would you like to see her?”

“Is anyone else in the house, besides the two of you?”

Well, I decided to go ahead with the search. We could always pick up Mr. Drug Dealer another time. So I stepped inside and explained the purpose of my visit. The nurse then led me to Grandma so I could repeat the whole story again, to her.

Grandma was at least 190-years-old and shriveled like a spoiled prune. She was propped up in a hospital bed in a room that smelled like a mid-summer construction site Port-a-John.

The nurse asked if I’d like a nice glass of iced tea?

I explained the search warrant to Grandma. She said she understood and asked if I was hungry.

I told her that we needed to begin our search.

“No one is going to do any searching in my house,” she said. “Not without having something to eat, first. No man has ever left my house, hungry.”

She called for the nurse and told her to set the dining room table, buffet style.

“Nonsense. You get all your little friends in here and tell them to grab a plate. Mary! Is the table ready, yet? Set our some of those homemade rolls, too. And the real butter. Don’t forget the butter!”

She held up a skeletal version of a hand to stop me. “Hush. Now you go have a bite to eat and then you boys can go and do your little searching, or whatever it is you want.”

One of the team members walked into room, with half a hot, buttered roll in his hand. The other half inside his mouth, lumped inside his right cheek. Between chews he nodded toward the dining room. “Food’s getting cold.”

He raised his eyebrows and nodded again.

I knew when I was outnumbered and accepted the cold glass of iced tea that Mary held in her liver-spotted hand. I hadn’t eaten all day and was famished.

And that was the beginning of my first search warrant for the mother…uh…Grandma-lode of heroin.

*Break and rake is a technique used to draw attention away from the point of entry (POE). It’s a great distraction that often prevents suspects from arming themselves, or from escaping custody. Catching suspects with their “pants down” (off-guard) is often the safest way to effect an arrest in a dangerous environment. Having a snack while serving a search warrant is definitely not recommended.